With a state of emergency covering four Florida counties, the stench and slime from toxic blue-green algae blooms in the state are covering the international media. It’s not a sweet sight, but it smells conspicuously like sugar. Big Sugar, to be exact.

Environmental scientists and experts tirelessly point to agricultural pollution and climate change as major contributors to the monster algae epidemic, but, incredulously, Florida’s political leaders just haven’t figured it out. 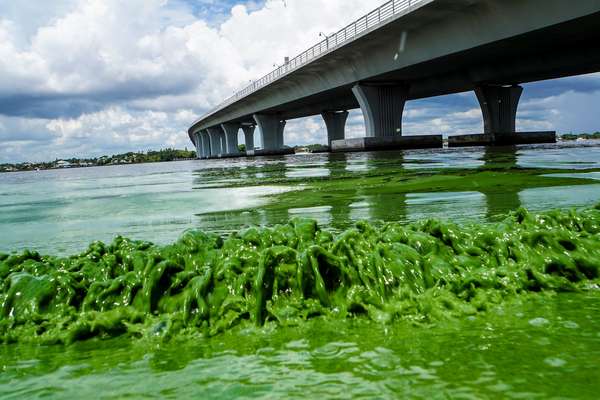 Tied a bit too closely to the purse strings of one of Central Florida’s main industries, a top state politician denies that runoff from sugar fields is a major contributor to Lake Okeechobee’s agricultural pollution. Returning home for the 4th of July holiday weekend, Florida Republican Senator Marco Rubio did his best to cover Big Sugar’s big butt. “If I believe[d] that the sugar industry was the only contributor to this,” said Rubio, “then we would do everything possible to address that immediately, but there are multiple contributors to this and it’s not just agriculture.”

Alan Farago, president of Friends of the Everglades, states that Rubio has received “multiple, six-figure” donations from the sugar industry for working on behalf of Big Sugar. “In 2003,” reports Farago, “Rubio was a whip for Gov. Jeb Bush on a bill lowering Everglades water quality standards crowd-swarmed by sugar lobbyists. That new law was successfully challenged by Friends of the Everglades and the Miccosukee Tribe in federal court but caused a decade delay in water quality improvements, setting up today’s disaster.”

Thanks to Rubio’s efforts, local industries have enjoyed free access to Lake Okeechobee as a dumping site for a toxic stew of chemicals, fertilizers, and animal manure. Earthjustice, an environmental law group, has been fighting this situation for years. David Guest, Managing Attorney for Florida’s Earthjustice branch, recently referred to southern Florida’s large inland lake as a “toilet.”

Guest says, “It’s well established by now that a city can’t just dump sewage into a river – they’ve got to clean it first.” He adds, “The same principle applies here with water pumped from contaminated drainage canals.” 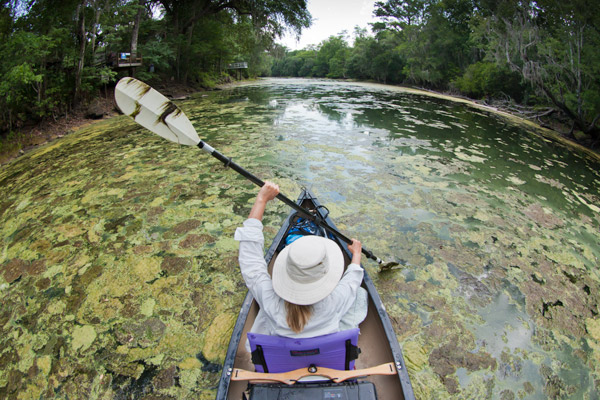 Climate change is contributing to higher rainfall around the world, including Florida. As water levels in Lake Okeechobee approached the hundred-year record earlier this year, officials feared the lake’s aging dike was in danger from too much stress. So they decided to flush the toilet. Repeatedly.

Between February and the end of June, over a billion gallons of algae-infested water was released. Gushing out at 70,000 gallons per second, this septic discharge now has the potential to pollute ocean waters and destroy marine life in both the Gulf of Mexico and the Atlantic Ocean.

It also has the proven potential to destroy both Florida’s tourism and real estate industries. Due to polluted coastal waters, 2013 was dubbed the “lost summer” after tourism died in the wake of the last toxic flush of the Okeechobee toilet. A real estate study of the impact reported that values fell by half a billion dollars during the “lost summer,” due to buyers’ unwillingness to buy property on “toxic and objectively disgusting” waterfronts.

University of Florida Professor Ed Phlips, also an algae expert, explains the danger of thick, sludge-like algae to marine life. He says that thickening algal blooms mean the algae plant cells are dying, releasing their toxins into the water. Bacteria in the water eats the dead cells, sucking the oxygen out of the water in the process, reducing vital oxygen levels for fish. This sets up a nightmare scenario for massive fish kills.

Explaining the likelihood of fish kills, Executive Director Mark Perry of the Florida Oceanographic Society in Stuart states, “as long as conditions stay the same — long, sunny days; lots of nutrients in the water; and low salinity — it could happen.”

And It’s Not Like They Had No Viable Solutions

And it’s not like they had no viable solutions to avoid this disaster. Algae biofuel technologies aside, even a popular plan to purchase southern wetlands to allow for better pollution containment and cleanup prior to runoff being released into the lake was opposed by both Rubio and Big Sugar. Rubio’s solution? In his latest statement, Rubio called for lake managers to stop releasing the water. The stress on the lake’s dike due climate change-related rising rainfall is as easily ignored by Rubio as the whole complex issue of climate change.

Rubio is an expert at sidestepping responsibility on behalf of Big Business. “Every time someone comes to see me and asks me to support one of these [climate change mitigation] policies,” Rubio said last March, “I always ask them, ‘Can you tell me how many inches of sea rise it will prevent?’ They say it won’t, but it will set an example for the rest of the world.” He continued, “Then when you ask economists, it’s clear that the cost of these policies will fall on American businesses.”

According to the League of Conservation Voters, Rubio has opposed every piece of federal climate legislation except one since taking office. He has gone on record stating that he doesn’t believe in climate change, and that addressing it would destroy the US economy. And, because the US is not the only contributing country, Rubio has stated that it is fruitless for the US to act. 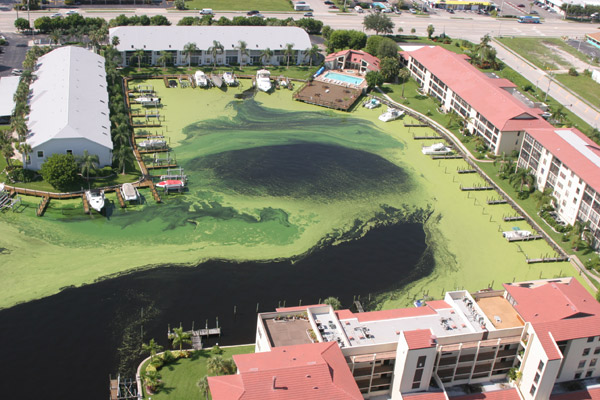 Summing up the current blue-green algae plague in Florida, Rubio’s sidestepping just as easily sums up his opinion on climate change. “It’s a complex and painful thing to talk about,” said Rubio during his recent holiday homecoming. He continued, “and it’s a very difficult thing to deal with because it doesn’t have one singular cause and it doesn’t have one singular project that solves it all.”

It’s obviously so complex and painful to talk about this, that we should all just shut up and quit bothering Florida’s businesses about it.

Rubio added, “I hope the president will have an emergency declaration because that will open up the full portfolio of aid that the federal government can provide local businesses and communities that are being impacted by this.” An ever-ready champion for Big Business, Rubio came out smelling sweeter than sugar. Calling the algal blooms “beyond just an ecological disaster,” he said (probably triumphantly), “it’s an economic disaster with long-term implications. I’m in favor of answers. I want this problem to be solved.”

The disgusting algae slime covering the southern coast of Florida is internationally appalling. Florida has put a whole new spin on “going green.” As Earthjustice Attorney Alisa Coe noted recently, “We have fought for years to try to get agricultural pollution treated.” However, “It is not being dealt with,” said Coe, “and now we are seeing the consequences.” 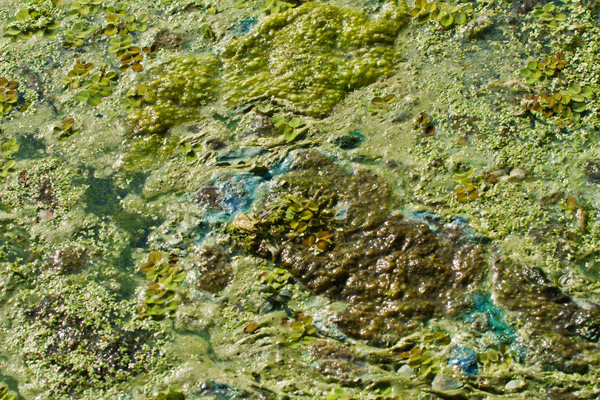 Appreciate CleanTechnica’s originality and cleantech news coverage? Consider becoming a CleanTechnica Member, Supporter, Technician, or Ambassador — or a patron on Patreon. Don't want to miss a cleantech story? Sign up for daily news updates from CleanTechnica on email. Or follow us on Google News! Have a tip for CleanTechnica, want to advertise, or want to suggest a guest for our CleanTech Talk podcast? Contact us here.
In this article:Algae, algal blooms, Florida, Lake Okeechobee, Marco Rubio, Rick Scott