When considering going solar, we know that one of the top questions tends to be something along the lines of “How much do solar panels cost?” or “What is the cost of solar?” because for many of us, adding a home solar array isn’t just about reducing pollution and greenhouse gas emissions, but it’s also about the bottom line, which inevitably comes down to discussions of dollars and cents. 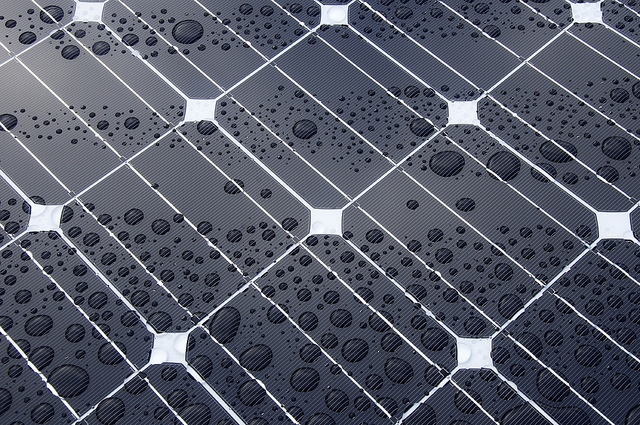 Once it’s established that the cost of going solar isn’t nearly as high as people might think, and that a home solar system is well within reach of many homeowners, a popular follow-up question is usually about longevity and reliability, or to phrase it explicitly, “How long do solar panels last?”

Most solar panels used in home solar arrays come with a warranty for some 25 or 30 years, which means that the solar panels are guaranteed for decades, unlike many of the other goods we buy. And again unlike many other consumer goods, they don’t ‘give up the ghost’ at the end of their warranty period and need to be replaced, but continue to still produce clean electricity, although at a slightly less efficiency each year. In fact, some decidedly old-school solar cells have been producing electricity daily for about 40 years or so, and are expected to continue to power homes and businesses for decades more.

According to a study undertaken by the National Renewable Energy Laboratory (NREL) a few years ago, which looked at the ‘photovoltaic degradation’ rates of some 2000 solar installations, the average solar panel loses about half of a percentage point (0.5%) of efficiency per year, which means that a panel at the end of its 25-year warranty period should still be operating at about 88% of its original capacity. However, not every panel will see degradation rates as high as 0.5%, as shown by this 30+ year old solar panel, which outperforms its original specs, even after decades in the sun.

This decades-long life of solar panels makes the economics of going solar even better, as most systems will pay for themselves within the first ten years, and yet still produce many many more years of clean electricity for their owners, so asking “How long do solar panels last?” might be the wrong question.

Perhaps a far better question might be “What are the estimated maintenance or replacement costs for a solar energy system?”, because while the solar panels themselves probably won’t need replacing anytime soon, the inverter (which converts the DC from the panels into AC for feeding into the home’s outlets and the grid) may need to be. The average inverter warranty ranges from 10 to 15 years, and unlike solar panels, will not just slowly get more inefficient, but will instead just quit working. However, while that’s usually the case with a central inverter (which handles the output of all the panels), a newer type, the so-called ‘micro-inverters’, are installed or included with each solar panel, and are said to have a much longer lifespan (up to 25 years), and could last for decades as well.

Even adding in the cost of a replacement inverter (or several, if micro-inverters are used instead) over the life of a solar energy system, the return on investment for solar is still better than many places you can put your money, and has the added benefit of essentially locking in your electricity prices for years to come. It was the 12th of April. I had waited exactly 3 years and 12 days. That morning, like many before it, I checked the... Many homeowners now use rooftop solar panels to generate their own electricity, and a geothermal heating and cooling system works well in tandem with... GAF Energy will begin offering its new integrated solar roof systems through conventional roofing contractors this year. It may not look like a Tesla...