Tesla Motors CEO Elon Musk recently introduced Tesla Energy, a suite of stationary battery products designed to help wean the world off fossil fuels. While a battery introduction may not seem like a world-changing event to many, it actually heralds the beginning of the “First Energy Revolution” and will begin to remake the world as we know it.

The Story So Far:

We all know the world runs on energy, but we’ve been conditioned over the last couple of generations to see energy as something that requires careful conservation and conscious usage.

We’re told saving energy is easy. We replace cheap incandescent bulbs with subsidized compact fluorescent bulbs (CFLs) or more expensive but much more efficient LED bulbs. We buy high-efficiency appliances. We turn down our thermostats in the winter and turn up our thermostats in the summer to uncomfortable levels. We even have continual water shortages because we don’t want to build power-hungry desalination plants. In many instances, we pay more to use less, just so that we can reduce our carbon footprint wherever possible.

We’re always told to save power wherever we can, but what exactly are we saving it for? Is there a limited amount available? Is our power scarcity based on fundamental limits of power generation or are these limits artificial and self-imposed simply due to our current fossil-focused power paradigm?

Power conservation has only been necessary because the vast majority of our energy needs have been, up until now, either provided by non-renewable resources (like coal or other fossil fuels), or by resources with considerable negative environmental risks (like nuclear power). Remove the downside of energy production, build out a decentralized green power generation network with more capacity than is required, and you remove the necessity to conserve power at all. (Of course, until it is really built out, conservation is very important to keeping our emissions down and stopping global warming.)

The Promise of Solar:

According to our best objective energy research, the sheer volume of solar energy already reaching the earth’s surface is so vast that, in a single year, the sun delivers about twice as much energy as we have ever gotten (or will ever get) out of non-renewable energy sources such as coal, oil, natural gas, and even mined uranium combined.

“…in a single year, the sun delivers about twice as much energy as we have ever gotten (or will ever get) out of non-renewable energy sources…”

Let that sink in for a second.

Even with today’s relatively inefficient solar cells, we will only need to capture a fraction of a single percent of that energy in order to provide all the power human beings use on a daily basis, everywhere on the earth. This invaluable resource is provided by the sun for free and will last for hundreds of millions of years into the future.

So, What’s Stopping Us?

Of course, harnessing all that free solar power for our use is easier said than done. Truly clean, inexpensive, and renewable energy resources have had limited impacts on replacing older non-renewable technologies. This is due to a variety of reasons, but one key element is the lack of consistent power output that these renewable technologies typically provide. Solar power depends on variable sunshine and even the most efficient solar panels can be dramatically affected by weather. Wind power is less consistent. Even hydroelectric dams can be quite variable with annual rainfall, and tidal generators can be expensive to install and difficult to maintain with significant environmental impacts.

The variability of solar power generation technologies can be overcome by building more capacity than is needed and then coupling this overcapacity with efficient energy storage. Solid, scalable battery technology will ultimately provide the foundation that solar power needs for continued global deployment on a meaningful scale. A smart, decentralized global power grid, fed from millions of locations where green power is being generated, coupled with local energy storage can insure that power capacity is always available and that outages become a thing of the past.

Battery backup and support systems have been around in one form or another for the past century. The lack of cost-effective and reliable infrastructural battery technology has been a massive bottleneck for electrical systems for that time. Fossil fuels, for all their downsides, do offer dense energy storage (coal, oil, natural gas), allowing them to dominate our usage patterns until now. This domination has been a strong counterincentive to the development of practical alternatives. The large energy producers are keen to keep the illusion of choice present so they promote certain limited battery options while much better alternatives are actively suppressed. Promising innovations have been held back (or outright purchased by fossil fuel interests) and left to languish on the shelf, their true potential unrealized.

“…cost-effective and reliable infrastructural battery technology has been a massive bottleneck for electrical systems for quite some time.”

The most recent example that comes to mind is Nickel Metal Hydride (NiMH) battery technology. The developer of large-scale NiMH batteries, Ovonics, was purchased by Texaco and became part of Chevron. These companies used their position and their resources to keep this technology from making significant inroads into electric transportation and infrastructure through the control of licensing and through various political machinations.

This old dynamic is finally beginning to change. When Tesla Motors announced the creation of the Gigafactory, the world’s largest battery production facility (and largest building), many saw this as a very positive indicator that the dam holding back innovative battery technologies might finally be breaking.

The recent April 30th announcement by Elon Musk introducing Tesla Energy along with its suite of stationary battery products is a development several orders of magnitude larger than even the Gigafactory itself (though it depends on the Gigafactory as a foundational component). This is because this announcement heralds the beginning of cheap, ubiquitous electric power storage for homes and businesses, while scaling up to the megawatt levels necessary for utilities. Our houses, our companies, and our commercial infrastructure already rely on electric power, and this effective and efficient storage component has been a significant missing piece of the clean, renewable, and reliable energy picture. Other stationary battery products have already hit the market, but none offer the combination of cutting-edge technology, extreme low cost, infinite scalability, and sheer product volume that Tesla Energy’s product line will deliver.

Our past energy paradigm was largely based on central power generation from large power plants, which often need to be situated far from our homes, businesses, and institutions. As a central resource, fossil fuel power generation has been subject to numerous single failure points which often lead to widespread outages. With relatively few generation points, it was also subject to energy market manipulations for those seeking ever greater profits.

Tesla Energy’s stationary battery systems support a decentralized power generation architecture. In this evolved design, the current centralized power-generation plants (controlled by a few key organizations) are replaced by thousands of smaller power-generation systems that feed a smart, self-repairing power grid. Instead of the whole grid being at risk of failure due to a critical issue at a single central facility, thousands of battery-backed power generation points feed the smart grid from all directions, ensuring that the grid as a whole stays up, even if a fault develops. With local, institutional and large utility battery backup systems in place, the smart-power grid as a whole becomes robust, reliable, and fault-tolerant.

Once our energy infrastructure gets the backing and build-out solar technology deserves, we will have enough clean, renewable, overcapacity to make cheap energy ubiquitous. This outcome will have myriad unexpected benefits that cascade throughout our society. The new stationary battery storage technologies being delivered by Tesla Energy are the missing pieces and key elements that make this kind of future finally possible.

“…battery storage technologies being delivered by Tesla Energy are the missing pieces and key elements that make this kind of future finally possible.”

The public seems to agree. Tesla Energy found customers interested in about US$800 million in stationary battery systems in the first week following the announcement, and has admitted it cannot even adequately respond to the clamor for this new product line. Originally, stationary battery production was planned to be a relatively small percentage of Tesla’s overall battery production. The overwhelming response to this project has already caused Tesla to dramatically expand the size of Gigafactory One (and more Gigafactories are likely now in the planning stages). Tesla has also just leased an additional 500,000 square foot facility near their factory in Fremont, CA, to expand manufacturing and build more engineering labs. Tesla Motors’ existing Fremont facility has plenty of room to grow its vehicle production for the next few years, so this expansion is likely associated with the response to the Tesla Energy announcement. Clearly this is a very big deal.

In Europe, Mercedes-Benz thinks this is an exciting idea as well, and is fast on Tesla Energy’s heels, offering its own suite of stationary battery products produced in Germany and available for order in June of this year. Other companies are expected to follow suit in the coming months.

I believe it is likely that Tesla Energy will eclipse Tesla Motors in a very short period of time. The product is simpler, easier to manufacture in quantity, and has a much broader appeal to all sectors. Every country on earth needs clean solar power infrastructure and this technology relies, in part, upon stationary battery technology to support it. No other company in the world currently has the vision nor the drive to do what Tesla Energy is doing. Tesla Energy is not profit motivated. It is highly goal oriented and is moving forward quickly with implementation. Elon Musk is confident of his vision of the future and is doing everything it takes to make that vision our planet’s reality.

This is the key fundamental enabling technology that solar power has been waiting for. This “missing piece” of our “good future” ideally needs to be high profile, needs to be produced in massive numbers and needs to be attainable for individuals, for businesses, and for utilities. Tesla Energy is the first company to make this concept a reality in any meaningful way. In this future, power generation will become clean, reliable, ubiquitous, and very low cost. No longer will the “energy conservation” paradigm rule our thinking and limit our growth. Once the artificial scarcity of power production based on fossil fuels is removed, we will see a revolutionary transformation of our society and the world at large.

Greater than the Industrial Revolution, greater even than the Digital Revolution, this is the beginning of the First Energy Revolution. Hang on. This launch is going to be Insane. 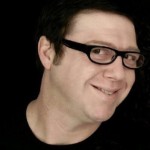 A technology expert and writer for over 25 years, Ken Trough has consulted globally in the field of business intelligence for many Fortune 500 companies, educational institutions, and government agencies. Ken has been a leader in the electric vehicle movement, serving on the board of the National Electric Drag Racing Association, publishing an electric vehicle magazine, and designing innovative personal electric vehicles.