Amazon Web Services (AWS) made public its long-rumored plans to build three new data centers near Columbus, Ohio, at the end of May, along with fulfillment centers for Amazon.com that exceed a total investment of $1 billion. Given that Ohio’s electricity grid is powered predominantly by coal, current and potential customers of AWS have to wonder how the Ohio growth fits into AWS’ commitment to power the data centers with 100% renewable energy.

Unlike recent announcements of data center expansions by Apple, Google, and Facebook, all of which have also adopted a goal to be 100% renewably powered, AWS did not announce what the source would be of the electricity to power its Ohio data centers. This is a critical question for AWS customers who want to be powered with increasing amounts of renewable energy, since Ohio currently has one of the most coal-heavy electricity grids in the country. The statewide electricity mix is powered by 70% coal, and the predominant electricity provider in Central Ohio, American Electric Power, burnt coal for 83% of its generation in 2014.

When Amazon announced earlier this year its purchase of the electricity from the 150 MW Fowler Ridge wind farm in nearby Indiana, it indicated that the facility would power “current and future” AWS data centers. In assessing AWS in Greenpeace’s most recent Clicking Clean report, we didn’t have adequate details of the scale of the rumored Ohio data center, so we gave AWS the benefit of the doubt, given its commitment to be 100% renewably powered, and assumed that the output capacity of the wind farm (approximately 57 MW based on the 500,000 MWH per year reported by AWS) would be roughly equivalent to the size of its then-rumored Ohio data center.

How big will AWS be in Ohio?

Since AWS hasn’t said how much electricity its data centers use in Ohio or anywhere else, Greenpeace filed freedom of information requests with the Ohio EPA to obtain permits for emergency backup generators filed by AWS data center subsidiary Vadata. The permits indicate a massive expansion, with three data center campuses being proposed, each with as many as five data centers each. Based on the generator permits Greenpeace has obtained thus far, AWS is planning to deploy over 90 backup generators at each of the three Ohio sites, which by our estimates would be sufficient to support 160 MW of data center electricity demand at each campus. All told, this could generate as much as 480 MW of new electricity demand in Ohio across the three data center campuses. 480 MW is nearly as much as an average-sized coal plant, and far outstrips the wind energy that AWS has purchased to date from the Fowler Ridge wind farm. For AWS to power its new Ohio operations with 100% renewable energy from wind, it would need to increase its wind energy investment in the region by 8 times or greater (See Diesel Generator Assumptions below). Amazon faces a similar challenge in Virginia, where its energy demand is even higher, and a recent solar investment there seems to cover only a small portion of its growing consumption.

How Amazon can procure more wind energy in Ohio

One of the reasons AWS had to go to Indiana for its wind purchase is an onerous wind farm setback law passed by Ohio’s state legislature in 2014, which took wind siting control away from local counties. A legislative effort in the Ohio legislature, HB 190, would restore the issue to local control, allowing Ohio’s wind developers to get back to work.

Given how far AWS still has to go to procure 100% renewable energy in Ohio, it should put its political muscle into asking the Ohio legislature to pass HB 190 as soon as possible. In the longer term, if AWS wants to improve the prospects of renewable energy powering its long-term growth in Ohio, AWS should lobby legislators and Gov. Kasich to reverse their 2014 freeze on Ohio’s renewable energy portfolio standard, which would help AWS and all of Ohio get greener in the long term.

AWS’ voice on these issues would be powerful; the Ohio state government is recruiting data centers aggressively, having passed tax incentives to draw the industry to the state. If AWS makes clear that it needs improvements to the state’s wind policy in order to grow in accordance with its commitment to renewable energy, Ohio’s political leaders will take notice.

AWS joined renewable energy membership groups like the American Council on Renewable Energy (ACORE) and the US Partnership for Renewable Energy Finance (US PREF) earlier this year. Ohio is a great state for AWS to show that it’s serious about those fledgling advocacy efforts.

Greenpeace’s findings indicate that AWS’ adoption of a 100% renewable energy goal does not yet appear to be guiding its investment decisions toward renewable energy and away from coal. In contrast, when Google announced a new data center on Wednesday in Alabama, it made clear that the facility – which, for extra poignancy, will be housed in a retired coal plant – would be powered by 100% renewable energy. Those kinds of announcements inspire confidence in a company’s commitment to renewable energy, and stand in contrast to AWS’ silence on how it will power its new Ohio investment.

With AWS customers increasingly asking for more transparency and for its data to be powered with renewable energy, Amazon’s Ohio expansion is cause for concern unless the company explains how it plans to procure renewable energy there.

This analysis is based on permits and permit applications for backup diesel generators that AWS data center subsidiary Vadata filed with the Ohio EPA.

The permit for “Project Granite” in Dublin, OH, outlines five data center halls, each with 18 2.5 MW backup generators, for a total of 90. They also list 8 roll-up generators which Greenpeace isn’t including in its estimates.

Don't want to miss a cleantech story? Sign up for daily news updates from CleanTechnica on email. Or follow us on Google News! Have a tip for CleanTechnica, want to advertise, or want to suggest a guest for our CleanTech Talk podcast? Contact us here.
In this article:Amazon (AMZN), coal, data center, Google, HB 190, ohio 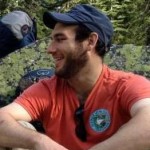 helps lead Greenpeace's campaign for a 100% renewable energy future. He writes about how leading technology companies can embrace renewable energy to power the internet's growing electricity demand, and how utilities should stop fighting and start embracing the growth of distributed renewable energy. Greenpeace is the leading independent environmental campaigning organization in the world. David has worked there since 2008, and blogs for Greenpeace here.