The 2016 redesigned Chevy Volt revealed at the Detroit Auto Show

The next generation Volt solidly places Chevrolet in the EV conversation. Although the first generation Volt had some issues and detractors (what car doesn’t?), the current 70,000 owners proved the market for the Volt. They were also extremely happy with their cars, according to Consumer Reports surveys (which the Volt topped two years running). This second generation of the Volt is totally directed to pleasing this base of enthusiastic customers. These Volt enthusiasts have created fans clubs across the country and multiple blogs discussing their love for the car.

The Volt redesign was not approached as I would have expected, to directly increase sustainability concerns (i.e. recycled material use, and some new technology to save the planet), instead the Chevy team took their customers’ desires as the primary goal of the redesign. The top three wishes were more electric drive range, sporty exterior increasing the fun factor, and improved interior with extra room for a fifth passenger.

Although I was thinking, “wait, where’s the green manifesto of design criteria,” it dawned on me that a more important shift had happened here. Volt drivers are mainstream drivers who like the environmental aspects but also really like to drive. This is critical for environmentalists to understand. It means that there is really change happening in the general population when it comes to protecting the planet. It’s sort of, “I want my cake and I want to eat it too.” And in this instance, it’s a win-win situation — better environmental impact and happy, happy drivers.

Plus, the first criterion of the drivers was extended mileage on the EV side, which of course means less gas consumption, less pollution, and fewer CO2 emissions. Also in the weird but true category, there are drivers who never get gas in their Volts, which was never part of the plan. Additionally, 80% of Volt trips are driven on electricity. So much for worrying about range anxiety. The diagnosis is cured.

Features of the new Volt include 50 miles of electric range, an improved interior and extra room, a new exterior to provide that “I am fun to drive” look. Other more subtle changes for the consumer, but big on the environmental scale, is the Volt is recyclable — although most cars are nowadays. The Volt has recycled PET used in interior fabrics and carpet, and most exciting is open sourcing on all materials. What does that mean? It means all materials provided from suppliers can have recycled content. Big picture? Chevrolet is opening the doors to creating a huge pipeline to provide the material reuse industry a place to really start selling all the recyclables into new supply chains. Plus, GM is fully committed across all its brands to be a zero-landfill company, so anything not needed in GM finds its way to another life. David Tulauskas, Director of Sustainability for GM, summed it up best: “We are taking waste streams and turning them into revenue streams.”

What the heck is a concept car?

The other really big news was the Chevy Bolt. Okay, the girl factor comes in here — I had no idea what a concept car was until this trip, and in the excitement of the announcement, my tweets went out saying “a new Volt.”

The Chevy Bolt, a concept EV, is a fully electric vehicle that will get a 200 mile range at a targeted price of around $30,000. It is a “crossover” design, a big term in the car industry now, which for most of us means a sedan in the front with a hatchback in the rear instead of a trunk. However, as a “concept” vehicle, it means it can never be built. Huh? This is a way for car manufacturers to create news by pitching a design to see what kind of press and buzz it will get to determine if there is a market for it. Note to Chevrolet: build the darn thing!

Crossover design is design feature of the concept Bolt EV

The Bolt is a clear winner! Doubling the range of its current closest competitor, the Nissan LEAF, and matching the stated, elusive Tesla Model 3 concept, the Bolt could be in dealerships by 2017. The Bolt has great potential for the very active under-35 crowd. It has room and electric range to haul stuff to nature and is a cool, youthful ride. The Bolt has the potential to be a game-changer in regards to car manufacturers not just offering one EV per line but offering a variety of EVs to meet different market segments. Yes, a very exciting result in the industry.

So, was it cold? Yes, definitely! But I always appreciate the opportunity to see companies embracing sustainability and seeing the future. The Detroit Auto Show always shows America the future, and this time the future is electric.

Don't want to miss a cleantech story? Sign up for daily news updates from CleanTechnica on email. Or follow us on Google News! Have a tip for CleanTechnica, want to advertise, or want to suggest a guest for our CleanTech Talk podcast? Contact us here.
In this article:Chevy Bolt, Chevy Volt, Detroit Auto Show, GM, NAIAS 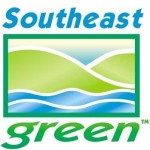