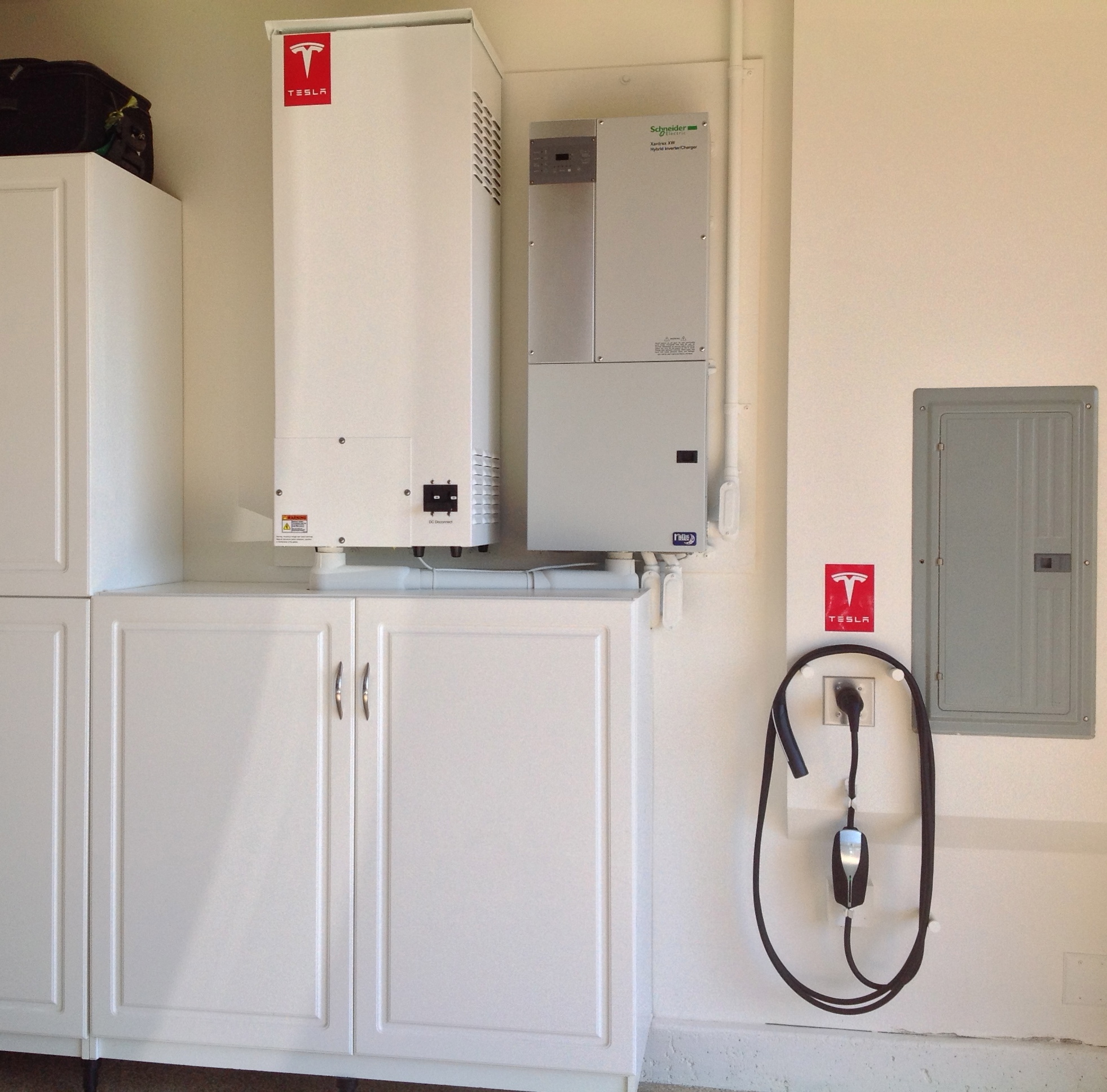 At a private shindig in little town called New York City last week, SolarCity CEO Lyndon Rive and Chairman Elon Musk (Lyndon’s cousin and also the CEO, Chief Product Architect, and Chairman of Tesla Motors) made a few casual but potentially world-changing announcements, as is practically a habit with Elon.

Most notably, they stated that SolarCity would be including battery backup systems with every single one of its rooftop solar power systems within 5-10 years. Many of those, but not necessarily all of them, would come from Tesla’s planned gigafactory.

Even with the battery backups, Lyndon and Elon contend that a SolarCity installation will cost less than the price of electricity from the grid! (Them are some fightin’ words, someone once said.)

Solar panel costs and battery costs have been coming down fast in the past several years, and that cost reduction is projected to continue. Furthermore, SolarCity and Tesla aim to be in the center of it. SolarCity this year acquired Silevo in order to produce low-cost, high-efficiency solar panels in the US. And Tesla has started building a battery gigafactory in Nevada that, when completed, is supposed to produce as many lithium-ion batteries in a year as were produced all around the world in 2013. With economies of scale, costs should drop tremendously.

Will SolarCity really be delivering battery backup systems with all of its solar rooftops for a combined price that is lower than grid electricity in just 5-10 years? That’s a good possibility, but even if it isn’t, it will probably be doing so with many of its installations, and that’s going to have a dramatic, spiraling effect on energy markets worldwide. Exciting times.

For some background on this SolarCity/Tesla battery partnership, here are some good links:

If Tesla Is The New Black, This Solar/Battery Package Will Prove It

Don't want to miss a cleantech story? Sign up for daily news updates from CleanTechnica on email. Or follow us on Google News! Have a tip for CleanTechnica, want to advertise, or want to suggest a guest for our CleanTech Talk podcast? Contact us here.
In this article:Batteries, Elon Musk, Lyndon Rive, SolarCity, Tesla, Tesla batteries, tesla solarcity