We all know those parents, hovering just out of sight, keeping an eye on every move their children make, offering unsolicited advice and generally trying to keep control of everything — all in the name of “love.”

The utilities have studied that behavior and decided to go all-in with it, with a much more sinister goal: to kill solar in its crib.

I understand why utilities need a new strategy. Utilities have been skunked — 0-9 — in their quest to try to kill solar through attacking net metering. That’s verging on CalTech men’s basketball bad (that poor team was 0-310 between 1985 and 2010).

Failure at such staggering levels usually concludes with firing the coach, but utilities aren’t going to fire themselves. So, utilities are trying something new: utilities now love rooftop solar… as long as they can rig the contest by keeping competitors from even getting in the game.

Utilities in at least two states are honing these tactics:

To this, I must scream: “What ever happened to the free market?”

Duke is supporting complicated legislation that boils down to the utility supporting solar, but only if it can use its monopoly power to corner the market. Yeah, consumers, you can have your solar, but only when we are the ones who own it and sell it to you. No freedom-of-energy-choice for you!

These tactics, which cut the solar industry off at the roots and violate the most basic free-market values, are creating solar battles across the country. Thankfully, the Solar Energy Industries Association (SEIA) opposes such tactics with full throats.

In 2012, SEIA merged with The Solar Alliance, a group of several dozen manufacturers founded to help those manufacturers work on state-based solar issues. Carrie Cullen Hitt, leader of the Alliance, became SEIA’s vice president of state affairs. With the merger, the two organizations’ policy pillars also united under the SEIA name. The following is one of the relevant pillars from a Solar Alliance policy brief (full brief attached):

Couldn’t have said it better myself.

Under the guise of supporting solar, the utilities are trying to undermine it. SEIA should use its own words to stop the utilities’ new seek-and-destroy tactics. 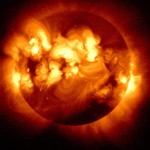