Originally published in Let the Sunshine In: A Solar Power Blog.

Barry Goldwater, Jr., the son of the late conservative Republican Presidential candidate – and Arizona native – Barry Goldwater (who was defeated by Democratic President Lyndon Johnson in the 1964 election), has always been very much a man after his father’s heart. A retired seven-term US Congressman, the younger Goldwater compiled a solidly conservative record in the House. Though retired from government since the 1980s, he remains a figure of some stature in Arizona’s Republican Party. In other words, he’s absolutely not the kind of person one would expect to champion a progressive environmental position.

I’ve provided a brief background on this man in order to give some context to what seems to me a surprising, and surprisingly heartening, development in American politics. For Goldwater represents one of the most interesting examples of an emerging trend that I call “The Solar Right.” If more conservatives begin to emulate his example, it will bode very well for the future of solar power in this country… and for the future of the planet.

Here’s the situation in a nutshell. Goldwater’s home state, Arizona, awhile ago approved net metering (NEM) for its citizens. Net metering allows homeowners who install a solar power system to receive credit from the utility for that part of the power their systems generate that they do not use themselves, but that is sent out into the electrical grid to be used by other consumers. This is commonly called “running the meter backwards.” For obvious reasons, net metering has been a major incentive for folks to go solar.

However, like absolutely any great thing that happens in this country, net metering has generated fierce opposition, and Arizona represents a classic case in point. The power utility Arizona Public Service (APS) claims that net metering was inherently unfair to those of its customers who haven’t chosen to go the solar power route, because solar customers are allegedly “shifting the cost” of maintaining the utility’s grid to non-solar households. The APS was so adamant on this issue that it spent a whopping $4.7 million on advertising to try to persuade the Arizona Corporation Commission (ACC) to set a very hefty fee on solar households, ranging from $50 to $100 per month, to punish those awful consumers for their wicked, green-and-budget-conscious ways. However, the public, according to a poll (presumably including many respondents from non-solar households), rejected the proposed fee by 81 percent.

This is, by the way, a classic case of a company looking out for its own interests under the pretext of defending the consumer. Even in situations in which part of the power that non-solar households use actually comes from the excess electricity from other households’ solar systems, they pay the entire cost to the utility, so the utility is getting compensated for energy it does not in fact produce. Therefore, it’s only right and proper for the utility to credit solar households for providing electricity to non-solar households. And for those periods during the billing cycle when solar households, due to insufficient sunlight, cannot power their homes through their solar systems alone, they take energy from the grid and pay for it, just like anybody else. As most people will readily understand, this situation doesn’t in any way represent a “state subsidy,” much less “corporate welfare,” as the Wall Street Journal and others claim.

But this arrangement, known as DG (for distributed generation), scares the pants off utilities, because it proves they no longer retain a monopoly over a given communities’ electric power. These fossil-fuel-driven power companies, with their expensive and aging infrastructures, dread being perceived as dinosaurs… which is exactly what they’re becoming. And the more households that go solar, the closer the utilities get to becoming completely obsolete. So it makes perfect sense for them to demand a large monthly fee from the solar consumer, in order to make choosing solar an unprofitable proposition. And a number of powerful right-wing organizations, like ALEC (The American Legislative Exchange Council), strongly back the utilities’ anti-solar stance.

Here is where Goldwater comes in. Mad as hell over the fee proposal, he decided to take action and co-founded an organization called TUSK (Tell Utilities Solar won’t be Killed – no, the acronym doesn’t work, but the name does suggest the tusk of an elephant and is thus intended to evoke the GOP). This “ostensibly Conservative front group” as the Wall Street Journal sneeringly called it, lobbied hard and otherwise generated considerable conservative support in opposition to the fee. TUSK even produced this highly effective ad, in which Goldwater personally spoke out:

As five of the commissioners on the Arizona Corporation Commission are Republicans, these efforts surely did not go unnoticed. In the compromise the ACC came up with, the Commission dubiously decided that cost shifting to the non-solar consumer was indeed taking place in Arizona and ruled to impose a fee on new solar households only. However, this fee was a mere $0.70 per kilowatt, which, for a 10 KW system, would come to just $7.00 per month: much, much less than what the APS had asked for. For the solar industry, it was both a defeat and a victory – a defeat because the Commission’s ruling set a dangerous legal precedent for the establishment of such fees at all; a victory because the APS did not get the kind of cripplingly high fee that would have destroyed the solar industry in Arizona. After all, in many parts of the country (though probably not in Arizona), an average day’s lunch costs more than $7.00.

Many of Goldwater’s conservative colleagues must have been taken aback when he broke with his Party’s mainstream in the most emphatic way possible on this issue. But when you think about it, his position represents one powerful tradition among the many, sometimes conflicting, strands within the Republican camp. ALEC, in its solidly pro-corporate stance, represents the authoritarian strain within the GOP. Goldwater, in his emphasis on personal “freedom” and “choice,” represents his Party’s Libertarian tendency. Ironically, in boldly asserting the consumer’s freedom of energy choice, he condemned “monopolies” as vehemently as any left-winger. But I don’t believe he was being at all contrarian or dismissive of “conservative values” – on the contrary. And it’s quite possible that his message may have struck a chord with at least some influential conservatives, so ALEC’s campaign to kill solar may well be undone… by the Republican Party itself. 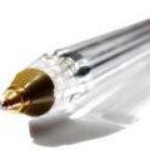