Norway can take the lead to end energy poverty with its new mandates for renewable energy investment and sustainable development. These mandates can and should call for transitioning energy access investment away from large-scale centralized energy investments to small scale, distributed clean energy investments. Norway and others have already committed over $1B in funding announced during the Rio +20 meeting in 2012, now it is time to figure out how to put that money to work. In doing so, Norway can lead the world in ending our failing approach to energy poverty.

Addressing energy poverty has been a 40-year wait. During that time span, the World Bank, India, and others have promised the poor a connection to the electricity grid. In India’s case every 5-year plan is littered with broken promises and the poor wait in the dark. As a result the world’s population is growing at about the same rate as the population gaining access to electricity – meaning 1.3 billion people are permanently left behind if something doesn’t change. What’s worse, nearly 2.5 billion people today considered “electrified” receive only a few hours of electricity per day.

The reasons for this failure are many. Beyond corruption alone, grid extension is expensive, cumbersome, and slow. But we have an opportunity to change all that. With a twenty-year track record and recent cost reductions, it is well acknowledged today that distributed renewable energy is the fastest, cheapest and most effective means of delivering on the world’s energy access goals.

But it’s not just us that believe distributed renewables are the solution to energy poverty. The International Energy Agency (IEA) has made clear in a series of reports the only way to reverse energy inequality is to rely heavily on small scale distributed energy infrastructure in rural areas. However, current investments by governments, public institutions, and multi-lateral banks involved in the United Nations Sustainable Energy for All (SEFA) are heavily skewed towards investments in large scale centralized power plants and grid extension. But a new way forward, catalyzed by the convergence of distributed renewable energy and mobile phone technology is emerging.

Today, three out of every four new mobile phone subscribers live in emerging markets. Just as mobile phones leapfrogged landlines across the developing world, distributed renewable energy is leapfrogging the grid, in part to power these off grid mobile customers. More importantly, mobile operators are not earning enough profit on these customers because over 500 million mobile phone customers don’t have a place to charge their phones at home. Support of this 21st century approach requires investment.

Entrepreneurs have solutions to this problem that can save families money and their lives. Already the off grid solar lighting market in sub Saharan Africa is growing at a 95% compound annual growth rate according to Lighting Africa. In Bangladesh, Grameen Shakti and others are deploying 30,000 to 40,000 solar home systems every single month. But despite this initial success, a stifling lack of access to finance so acute it can take years for entrepreneurs to raise the money to test their ideas is holding back our ability to end the travesty of energy poverty.

Luckily small amounts of venture capital from Khosla Impact, Solar City, and other mainstream, hard-nosed investors has changed the sector in the past 6 months. But private sector capital is not enough in infrastructure. That’s why twenty of the world’s leading off-grid clean energy entrepreneurs are requesting $500 million in financial commitments from leading public institutions to help them deliver on the world’s energy access goals. The group’s efforts have been backed by CEOS of more than 25 leading civil society organizations from around the world. This money has already been pledged by Governments around the world by Norway’s own Energy+ work. Now it is time to actually unlock this money not just pledge it.

So, many people are coming together to create a parallel track to the false hope of building polluting power plants and extending the existing electricity grid infrastructure to the poor. We are asking the Norwegian Sovereign wealth fund shift 5% of its total fund or ~$50B to renewable energy, and that at least 1% of that be provided to off-grid renewables. This money would not be a subsidy. It would be provided to mainstream capital providers to leverage their expertise and provide a compelling return back to investors – just like was done with microfinance.

We have a once in a generation opportunity to do something that matters. The eradication of energy poverty is an essential step to the empowerment of women, education of children, effectiveness of health care, and attainment of the millennium development goals. There are over one billion reasons for Norway to help us make this happen. We’re asking them to help us bring the world from darkness to light.

After SunEdison was sold in 2009, Jigar served through 2012 as the first CEO of the Carbon War Room —the global organization founded by Sir Richard Branson and Virgin Unite to help entrepreneurs address climate change. SunEdison and Carbon War Room proved that we could make positive change through business and financial model innovation in many industries. Today, as CEO of Jigar Shah Consulting, he works with global companies in a multitude of industries to deploy existing clean energy solutions fueled by new business models.

Appreciate CleanTechnica’s originality and cleantech news coverage? Consider becoming a CleanTechnica Member, Supporter, Technician, or Ambassador — or a patron on Patreon. Don't want to miss a cleantech story? Sign up for daily news updates from CleanTechnica on email. Or follow us on Google News! Have a tip for CleanTechnica, want to advertise, or want to suggest a guest for our CleanTech Talk podcast? Contact us here.
In this article:energy poverty, IEA, Khosla Impact, norway, Norwegian Sovereign Wealth Fund, SEFA, solar city, United Nations (UN) 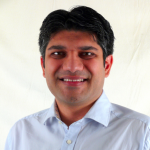