This rendering depicts how an office might appear with SmartLight off (above) and on (below). Sunlight is directed to different spaces, including to a "SmartTrackLight" in the outer hallway. This rendering depicts how an office might appear with SmartLight off (above) and on (below). Sunlight is directed to different spaces, including to a “SmartTrackLight” in the outer hallway.

A new technology called SmartLight has been presented at Italy’s CasaClima international energy forum, a technology that uses sunlight, electrofluidic cells, and a series of open-air “ducts” to use sunlight to naturally illuminate spaces deep inside office buildings, as well as allow excess energy to be harnessed, stored, and directed to other applications.

The new solar technology was developed by a pair of University of Cincinnati researchers, Anton Harfmann and Jason Keikenfeld.

The technology works differently than current solar technologies, like photovoltaic solar, which transforms sunlight into electricity and then back into lighting (or a number of other possible options). SmartLight, on the other hand, simply directs sunlight along a predetermined route to let it do what sunlight does — illuminate.

Here is how the University of Cincinnati describe the technology in their press release:

A narrow grid of electrofluidic cells which is self-powered by embedded photovoltaics is applied near the top of a window. Each tiny cell ¬– only a few millimeters wide – contains fluid with optical properties as good or better than glass. The surface tension of the fluid can be rapidly manipulated into shapes such as lenses or prisms through minimal electrical stimulation – about 10,000 to 100,000 times less power than what’s needed to light a traditional incandescent bulb. In this way, sunlight passing through the cell can be controlled.

The grid might direct some light to reflect off the ceiling to provide ambient room lighting. Other light might get focused toward special fixtures for task lighting. Yet another portion of light might be transmitted across the empty, uppermost spaces in a room to an existing or newly installed transom window fitted with its own electrofluidic grid. From there, the process could be repeated to enable sunlight to reach the deepest, most “light-locked” areas of any building. And it’s all done without needing to install new wiring, ducts, tubes or cables. “You’re using space that’s entirely available already. Even if I want to retrofit to existing architecture, I’ve got the space and the ability to do so,” says Heikenfeld, professor of electrical engineering and computer systems and creator of the SmartLight’s electrofluidic cells. “And you don’t need something mechanical and bulky, like a motor whirring in the corner of your office steering the light. It just looks like a piece of glass that all of a sudden switches.” A user could control SmartLight through a mobile app, as depicted in this rendering.

And as has been pioneered by other utilities being rethought — like NEST and Wattio — SmartLight would be controlled wirelessly by means of a mobile software application. Unsurprisingly, features would include the ability to manage the room’s illumination levels via the phone, and could even one day integrate geolocation data to automatically switch the lighting on and off as someone enters or exits a room.

“SmartLight would be controlled wirelessly. There would be no wires to run. You wouldn’t have light switches in the room. You wouldn’t have electricity routed in the walls,” Harfmann says. “You would walk into a room and lights would switch on because your smartphone knows where you are and is communicating with the SmartLight system.”

As with any solar project there is the need to address the inevitable stormy day, or night time, where there is a significant lack of sunshine. For SmartLight, that’s where energy storage comes into play. SmartLight would funnel surplus light into a centralised energy storage hub within the building, which could then be used to supply electricity to traditional-lighting in times of need, or be used by other utilities such as heating and cooling.

All in all SmartLight is very much a solution we are seeing more of these days, just multiplied by originating from a university’s engineering department.

In this article:General Technology, innovative, SmartLight, sunlight, University of Cincinnati 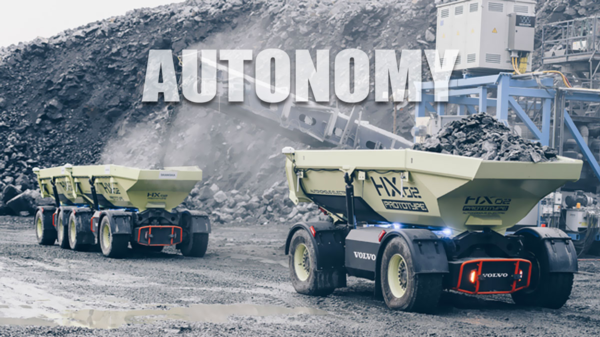