The Community Power Report started off 2013 with a brand new series of articles: ‘Community Power in the Global Community’. As part of this project, we are going to interview key actors from various countries to provide insight into these countries’ community-owned renewables sectors.

Our first stop was Belgium, where Dirk Vansintjan from Ecopower and REScoop shed some light on to the country’s community-owned energy scene.  Our stop now is the Netherlands, for which I interviewed four individuals with a great deal of insight into the renewable energy and community power sectors of the country: 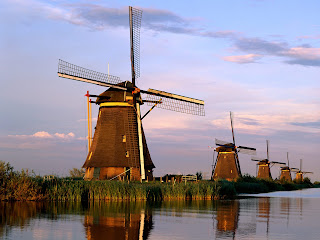 The Netherlands has a rich history of tapping into renewable energy sources to meet its needs. Although their world-renowned windmills were not used to generate electricity, communities all across the Netherlands have a deeply rooted heritage of using wind energy for milling grains and pumping water. It is therefore no surprise that during the 1980’s anti-nuclear movement, Dutch citizens established around 20 wind energy co-operatives to take control of their own electricity future.

Renewables and Community Ownership: The Current State of Affairs

One would expect as one of the earliest adopters of community-owned renewables, the Netherlands would have stayed on track to become a global leader in renewable energy and community power. On the contrary, Siward Zomer underlines that renewable energy in the Netherlands is in a rather ‘terrible’ shape with only 4% of the generation share. He thinks that this is mostly due to lack of a clear and consistent government plan.

“The Dutch government introduced a different sort of renewable energy subsidy every 4 years. Under such circumstances, uncertainty becomes a massive hurdle as it becomes too risky to make long-term decisions and investments.”

The latest form of subsidy is a restrained Feed-in Premium System that is financed through a surcharge on electricity bills. This volatility and lack of dedication on the government’s part is not solely due to lack of knowledge and awareness, warns Rick Bosman. He points at large resistance forces whose interests would be threatened by the proliferation of renewable energy. “The natural gas lobby is very intertwined with the political system in the Netherlands as our country hosts the largest onshore natural gas field in Europe. Meanwhile, let’s not forget that the global oil giant Shell is also half Dutch.”

Despite such challenges, community-owned renewable energy in the Netherlands has been experiencing its ‘second wave’ of proliferation since 2007. Mr. Zomer says that the second wave was initiated by citizens as they saw that ”the market and the government were failing them.” HIERopgewekt currently lists around 300 projects across the country employing solar, wind, hydro, biomass and geothermal technologies. ”For the last two years, almost one new initiative started every week”, according to their database.

Notwithstanding, they point out that ”although some of these initiatives are already operational, due to the complexity of the matter and the challenge to meet the required professionality level, the majority is still in the preparation phase.”

I asked our interviewees the main reasons behind the lack of operational projects despite the significant amount of interest from citizens. Firstly, they all pointed out that there are no government policies in place favouring community-owned projects in the Netherlands. On top of that, the government’s subsidy program for renewable energy is available for a limited amount of megawatts, and that capacity is mostly taken up by commercial developers that can invest large amounts of money on the go, getting projects off the ground in a short amount of time. Marieke Wagener and Katrien Prins from HIERopgewekt remind that community-owned projects face difficulties in securing financing, complying with intricate permitting rules and regulations, and accessing human capital with financial, technical, and legal expertise. These all mean financial uncertainty, limited access to expertise, a lot of sweat equity, and therefore longer project timelines.

In addition, community-owned wind projects face even bigger obstacles compared to solar and biogas projects that have been proliferating at a relatively higher pace across the country, according to Siward Zomer. He has been working on getting 35 potential community-owned wind projects off the ground, and submitted applications for 6 of them. However, all of these projects are yet to be generating electricity. He added: “Another co-operative just built 2 new windmills; but it took them 10 years to do it!”

Are All Citizens On Board?

Permitting, however, is not the only obstacle in community-owned wind’s way. The Netherlands is a very densely populated country, as Rick Bosman points out, and special attention should be paid to its image in the eyes of the public. This is to be achieved through their involvement in these projects. Siward Zomer pointed out that in Friesland, where a community-owned wind farm is located, a study showed that 60% of citizens wanted an even larger windmill. “As decided by the citizens themselves, surplus funds from the project were used to support other local activities … Individuals felt like they have a lot of say, and experienced a feeling of commitment.”

According to Mr. Zomer, not-in-my-backyard-ism (NIMBYism) is not to be confused with egotism and selfishness — it is rather a feeling of injustice deriving from an ”I haven’t been asked anything” standpoint. ”Community ownership helps; especially the democratic and open nature of co-operatives,” he adds.

The government recently began to respond to the great amount of community-owned initiatives by drafting an ‘Energy Transition Agreement’ in partnership with NGOs and businesses. Marieke Wagener and Katrien Prins note that ”e-Decentraal, the trade association for local renewable energy initiatives, also participated in the process and special attention was paid to  local renewable  energy.” Rick Bosman is hopeful, as the Agreement includes a line that advocates for a favourable tax rate for community energy projects.

Meanwhile, although Siward Zomer finds these developments positive, he has one reservation: “The Agreement says citizens should be provided with an opportunity to own a part of commercial projects developed in their communities. However, this should be the other way. Priority should be given to removing the barriers in the way of citizen-led initiatives.”

Finally, I asked our interviewees for what they think are key actions to be taken in order to translate this great deal of citizens interest in community power into off-the-ground projects. Rick Bosman advocates for a change in perspective on the government’s side towards community power. He also considers communities that went ahead with their projects despite difficulties as setting a great example to other community groups and policymakers.

A concrete policy change he recommends is the abolition of taxes for homeowners willing to install renewable energy systems on their properties. Rather than providing limited amounts of subsidies favouring large producers, the government would thereby enable all citizens to get involved in power generation. “Two thirds of the kW/h price of electricity is taxes. Removing that barrier would make the already active local solar initiatives even more prevalent,” he adds.

Siward Zomer’s recommendation is to community groups: ”Start small and simple,” he says. He also asks co-operatives to connect with their philosophical basis. “Money will not be a problem as long as the project is responding to the needs of a community. If your ultimate goal is to make money, you should incorporate as a traditional business.”

Merieke Wagener and Katrien Prins from HIERopgewekt recommend the government should implement a stimulating compensation for the community-generated energy along with a simplification of the regulation on long-distance transport of self-generated energy. As energy costs are rising by the day, they also ask for incentives on energy conservation to get communities involved.

Finally, they encourage community groups to seek most needed help in knowledge, experience and inspiration through their organization. “HIER opgewekt is here to connect initiatives and provide a knowledge base to tackle barriers,” they say. Overall, our interviewees are all hopeful about the future of community-owned renewables in the Netherlands due to a growing number of initiatives from the citizens’ part. In order to move forward, they are asking for the government to get on board and enable Dutch communities do what they have been doing for centuries: taking energy matters into their own hands. 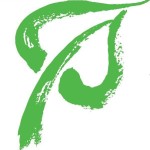