The government in the UK has come up with a nice little incentive to promote wind farms in their local communties. For communities that allow windfarms to be built in their area, residents could see a decrease in the electric bill and maybe even a new playground or other beneficial infrastructure investment.

The government in the UK has come up with a nice little incentive to promote wind farms in its local communities. For communities that allow wind farms to be built in their area, residents could see a decrease in the electric bill and maybe even a new playground or other beneficial infrastructure investments. The UK’s Guardian reports:

“The Department of Energy and Climate Change has launched a consultation into how communities could benefit from having wind farms sited near them, for example by receiving discounts on bills or investment in local infrastructure. It will also look at how local businesses could become involved in the supply chain and how developers can best consult local people.

“The energy secretary, Edward Davey, said that too often host communities had seen the ‘wind farm but not the windfall’ and he wanted to ensure people benefited from them.

“‘We are sensitive to the controversy around onshore wind and we want to ensure that people benefit from having wind farms sited near to them.'”

As with everything, there is a group that opposes communities reaping any benefits from wind farms. The group Campaign to Protect Rural England (CPRE) issued a warning to the government “against promoting a system in which communities were ‘paid off’ to secure planning permission for wind farms.”

Tom Leveridge, senior energy campaigner for CPRE, said: “This would fundamentally undermine a core principle of the planning system – that planning permission should not be bought or sold – and put the countryside at greater risk from poorly sited wind developments.”

It seems the majority favor the incentives — who wouldn’t want cheaper electric or a new playground for the kids? There will always be those who just can’t see the rewards for going with renewable energy. 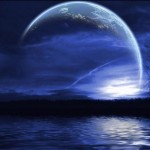