Tropical reservoirs are a “methane factory, continuously removing carbon from the atmosphere as carbon dioxide and returning it as methane, with a much greater impact on global warming.”

Thus argue the scientists Philip Fearnside and Salvador Pueyo, whose latest article just appeared in the journal Nature Climate Change. In their commentary, Fearnside and Pueyo dispel the myth that dams are clean by illustrating the different pathways of methane release from both upstream and downstream of a dam – pathways that current methods of reservoir emissions measurement mostly ignore. (Methane is 25 times more potent a greenhouse gas than carbon dioxide over 100 years, and 72 times more potent over 20 years.)

In addition, they focus on Brazil, where the largest reservoir emitters reside, and where errors in calculations by energy companies have underestimated reservoir emissions by as much as 345 percent. The authors single out Electrobrás, one of the leading Brazilian energy giants in the Amazonia dam-building spree. “Various mathematical errors have resulted in Brazil’s electrical authorities estimating the magnitude of emissions from reservoir surfaces at a level of only one-fourth what it should be,” write Fearnside and Pueyo.

Setting aside such sloppy math, researchers have shown for years that tropical dams are far less green than most people think (not to mention the loss of river biodiversity, forests, farms and fields). Dams in the tropics have two principle greenhouse gas emissions sources:

So why are these hydroelectric dams in the Amazon being promoted as clean energy, despite the overwhelming evidence? According to the authors, the Brazilian government is not only promoting them for their supposed benefits in mitigating global warming, but also to take advantage of mitigation funds such as the Kyoto Protocol’s Clean Development Mechanism (check out the Global CDM Hydro Hall of Shame for the worst of these projects). Unfortunately, these tropical dams are expected to have cumulative emissions greater than those of fossil-fuel plants for several decades to come, “making them indefensible on the basis of global warming mitigation,” says Fearnside and Pueyo.

Ahead of the Rio+20 conference, which is in less than a month, dispelling this myth is more critical than ever. This is especially true for Brazil, which has the dirtiest dams and plans to add 30 more to the Amazon within its borders by 2020. Among them is the controversial Belo Monte Dam, which will flood tens of thousands of hectares and displace more than 20,000 people, including indigenous communities. Electrobrás also plans to build 18 more dams in Peru and other Amazonian countries. All told, this is equivalent to building one dam every four months in Amazonia.

Of course Brazil is not the only country with tropical dams. Countries in the Mekong region are building dozens of dams – many of which are also seeking to benefit from limited mitigation funding mechanisms like the CDM. Sarawak in Malaysian Borneo aims to build a series of tropical dams on rainforest lands that support thousands of indigenous peoples. A dam can’t go up without trees being felled or flooded, so displacing forests with dams means we lose these critical carbon regulators and do irreparable damage to our planet’s lungs.

And of course, the picture is not complete without seeing the human story behind many of these dams. Mongabay puts it well when it states:

“It is possible to reduce the climate impact of a tropical dam by minimizing the size of its reservoir and capturing methane emissions. Yet neither of these fixes address [the] social conflict that often arises from forced displacement in dam catchments.”

Clearly, it’s time to do away with the belief that tropical dams produce clean energy. Not doing so would lead to countries under-reporting their emissions and allowing global temperatures to continue to increase. It would also allow decision-makers to continue greenwashing hydropower while overlooking the hidden costs of hydroelectric dams on rivers and riverine communities.

Appreciate CleanTechnica’s originality and cleantech news coverage? Consider becoming a CleanTechnica Member, Supporter, Technician, or Ambassador — or a patron on Patreon. Don't want to miss a cleantech story? Sign up for daily news updates from CleanTechnica on email. Or follow us on Google News! Have a tip for CleanTechnica, want to advertise, or want to suggest a guest for our CleanTech Talk podcast? Contact us here.
In this article:Amazon River, Brazil, carbon credits, carbon offsets, Clean Development Mechanism, dam, human rights, hydroelectric, indigenous rights 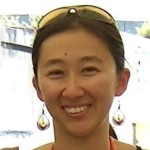 I am the China Program Coordinator at International Rivers, an environmental and human rights NGO that seeks to protect rivers and defend the rights of communities that depend on them. I coordinate our activities around capacity-building of Chinese grassroots activists, manage our Intern and Volunteer Program, provide advocacy and analytical support to groups fighting destructive carbon-financed dams, and support our education and outreach efforts. On CleanTechnica, my blog explores dam-building in China and compliance carbon offsets.