Although global emissions of carbon dioxide (CO2) declined slightly in 2009, the beginnings of economic recovery led to an unprecedented emissions increase of 5.8 percent in 2010. In 2011, global atmospheric levels of CO2 reached a high of 391.3 parts per million (ppm), up from 388.6 ppm in 2010 and 280 ppm in pre-industrial times. According to new research conducted by the Worldwatch Institute for its Vital Signs Online project, energy use represents the largest source of global CO2 emissions.

“Unfortunately for the future of climate, the global economy remains tightly coupled to fossil fuel combustion and carbon dioxide emissions,” said Worldwatch President Robert Engelman. “We gained a short respite from increases in CO2 emissions—-but only at the cost of an economic downturn. Now we are rebounding economically—-at the cost of once again accelerating the approach of a high-risk warming that the world’s nations have so far been unable to address.”

The report highlights emissions increases in both industrialized and developing economies. Member states of the Organisation for Economic Co-operation and Development (OECD), a group of industrialized countries, increased their emissions by 3.4 percent in 2010, while countries outside the OECD saw an increase of 7.6 percent. Although China was the world’s largest overall emitter in 2010 (followed by the United States, India, and Russia), an examination of emissions per capita tells a different story. China ranks only 61st in terms of the CO2 emitted per person. In India—-the world’s third largest emitter—-emissions per capita rank far below the world average. The United States, in contrast, ranks second overall and 10th in per capita emissions.

The Intergovernmental Panel on Climate Change has long stressed the urgent need for cuts in global greenhouse gas emissions. Unfortunately, according to the Worldwatch report, national governments have largely failed to bring about the needed reductions.

“The Kyoto Protocol is an important achievement because it is the only international instrument that sets legally binding targets, yet it is increasingly becoming symbolic as it now only regulates around 15 percent of global greenhouse gas emissions,” says author and Worldwatch’s Climate and Energy Research Associate, Xing Fu-Bertaux. Global CO2 levels are now 45 percent above the 1990 level, which serves as the reference base year for the United Nations Framework Convention on Climate Change. Several Annex I countries—-including the United States, which signed but never ratified the Kyoto Protocol—-will be unable to meet their original reductions targets. Since December 2011, Canada, Japan, and Russia, have chosen not to take on additional emissions targets within the second commitment period of Kyoto Protocol in the coming decade.

Appreciate CleanTechnica’s originality and cleantech news coverage? Consider becoming a CleanTechnica Member, Supporter, Technician, or Ambassador — or a patron on Patreon. Don't want to miss a cleantech story? Sign up for daily news updates from CleanTechnica on email. Or follow us on Google News! Have a tip for CleanTechnica, want to advertise, or want to suggest a guest for our CleanTech Talk podcast? Contact us here.
In this article:Carbon Emissions, Carbon Intensity, global warming emissions, IPCC, oecd emissions, Waste Reduction 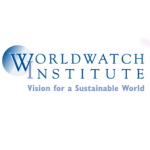