An array of microcircuits made of a 10-nanometer-thick film of bismuth sulfide, an exotic material called a topological insulator, on an insulating mica substrate can be flexed without damaging its electrical properties.

An international team of scientists with roots at SLAC National Accelerator Laboratory and Stanford has shown that ultra-thin sheets of an exotic material remain transparent and highly conductive even after being deeply flexed 1,000 times and folded and creased like a piece of paper.

“It’s rare for a good conductor to be both transparent and durable as well,” said Zhi-Xun Shen of SLAC and Stanford’s Institute for Materials and Energy Sciences (SIMES).

The team displayed the capabilities of their topological insulator in a short video:

Researchers led by Shen, Zhongfan Liu and Hailin Peng of Peking University in China, and Yulin Chen of Oxford University in England published their results last week in Nature Chemistry. Until recently, Peng and Chen were graduate students and postdoctoral researchers at Stanford and SIMES. They have continued to collaborate with Shen’s research team after being named professors at their current universities.

The researchers made and tested samples of a compound in which sheets of bismuth and selenium, each just one atom thick, alternate to form five-layer units. The bonds between the units are weak, allowing the overall material to flex while retaining its durability. And as a topological insulator — a new state of quantum matter — the material conducts electricity only on its surface, while its interior remains insulating, an unexpected property with unknown potential for fundamental research and practical applications.

Since surface atoms dominate the structure of bismuth selenide, it is an exceptionally good electrical conductor — as good as gold. Unlike gold, however, bismuth selenide is transparent to infrared light, which we know as heat. While about half the solar energy that hits the Earth comes in the form of  infrared light, few of today’s solar cells are able to collect it. The transparent electrodes on the surfaces of most cells are either too fragile or not transparent or conducting enough. The new material could get around that problem and allow cells to harvest more of the sun’s spectrum of wavelengths.

The researchers’ experiments also showed that bismuth selenide does not degrade significantly in humid environments or when exposed to oxygen treatments that are common in manufacturing.

“In addition to being a scientific success,” Chen said, “this demonstration should alert engineers and companies that topological insulators can also be important commercially.”

Peng and colleagues made the bismuth selenide samples and conducted the flexing, conductivity, and transparency tests in China. The researchers confirmed that the samples were topological insulators at the Stanford Synchrotron Radiation Lightsource’s Beam Line 5-4 at SLAC.

Don't want to miss a cleantech story? Sign up for daily news updates from CleanTechnica on email. Or follow us on Google News! Have a tip for CleanTechnica, want to advertise, or want to suggest a guest for our CleanTech Talk podcast? Contact us here.
In this article:bismuth sulfide, energy research, flexible electrode, materials science, SLAC National Accelerator Laboratory, Stanford, topological insulator, ZX Shen 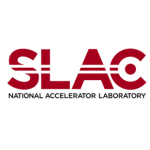