The World Bank's Board of Directors has approved a new lending instrument called Program-For-Results (P4R). The instrument is supposed to fund programs, not provide project finance, and is meant to work within a borrower's existing regulatory framework -- what the Bank calls a country systems approach.

The World Bank’s Board of Directors has approved a new lending instrument called Program-For-Results (P4R). The instrument is supposed to fund programs, not provide project finance, and is meant to work within a borrower’s existing regulatory framework — what the Bank calls a country systems approach.

However, not all country systems are made equal. Some of today’s largest dam financiers operate within a highly unaccountable national policy framework, where human rights, transparency, and civil society participation may take a back seat to the “national interest.”

Often, today’s dam builders are not held to the highest social and environmental standards, either because developers do not implement them in practice, or because dam financiers do not have strong safeguards policies in the first place. Will P4R help these dam financiers adopt stronger standards? Or will it simply move money to highly unaccountable governments and institutions, without achieving real results? In case P4R finances hydropower, who will be held accountable for project impacts: the World Bank, the borrower, or both?

What Will P4R Mean for Dams?

In the short-term, probably not much. The World Bank’s market share in global hydropower investment continues to be lower than that of financiers from China, Brazil, and other middle-income countries, and these financiers are likely to continue to out-compete the Bank in project finance. Without a doubt, the World Bank wants to get back in the game; it’s already begun to do so in Africa, for example, where it will finance the highly controversial Lom Pangar Dam in Cameroon. Yet, in order to raise its market share, the Bank may increasingly need to form partnerships with state lenders, and P4R is a clever way for the Bank to do this.

For example, let’s say that the government of Ethiopia creates a program that seeks to expand rural electrification, relying principally on hydropower. In our fictional example, the Ethiopian government has the liquidity to finance the dams on its own, and the costs of fulfilling the Bank’s loan safeguards are too high anyway, so the government does not request project finance from the Bank. Still, the Bank wants to be involved, and in this fictional case, decides to use P4R to improve the capacity of Ethiopian institutions to meet the goals of the electrification program. The P4R loan provides know-how and expertise in such areas as technology for high-powered transmission lines, energy poverty census indicators, and social and environmental safeguards, for example. Nonetheless, partnering with a corrupt government presents the Bank with a problem: disparities remain between its standards and those of the borrower. How will the Bank convince the borrower to raise its standards?

What Will P4R Mean for Safeguards?

It is unclear how the Bank will use P4R to leverage its own standards against those of borrowers. Prior to creating P4R loans, the Bank will undertake a series of technical, fiduciary, environmental and social, and integrated risk assessments of recipients’ country systems, including an assessment of borrower fraud and corruption. Yet, the Bank will find it difficult to thoroughly address disparities, for three reasons.

First, sovereign governments will not want to expose certain sectors to reform, including those sectors they consider to be strategic for growth — the electricity sector is often one of them. Governments may also find it undesirable to address cronyism, and as a result, the Bank may not have the leverage to reform some borrowers’ record of corruption, especially in countries where the state enjoys majority control over corporations, banks, and the judicial system, or where civil society has a low capacity to hold dam builders accountable.

Third, the benchmarks of the Bank’s country systems assessments are still unclear, as the Bank is considering simplifying its own safeguards through a revision process that commences in 2012. As the Bank begins to offer P4R as a way to move money to emerging economies, weakening its own Operational Policies may be a way to hedge against the possibility that borrowers will not want to implement meaningful reforms. In so doing, the Bank might be signaling that it is willing to meet the standards of borrower country systems somewhere in the middle — above all, because doing so reduces transaction costs with state lenders, and allows the Bank to capture a greater share of lucrative markets, such as hydropower.

Still, P4R might not apply at all to dams. In the Fall of 2011, the US Congress conditioned its next General Capital Increase (GCI) to the World Bank on a number of limits to the scope of P4R, including piloting the instrument over the next two years, and capping it annually at 5% of all World Bank operations. In addition, we have been told that Category A projects, which cause significant adverse impacts on the environment and affected people, have been excluded from the P4R pilot. Accordingly, P4R funds may not be used to finance hydropower projects, which are often categorized as Category A.  Finally, after the P4R pilot ends, the World Bank is to implement an independent evaluation of the instrument, which may decide the future of the instrument.

However, uncertainties still remain. Risk assessors may still categorize dam projects as Category B (substantial but reversible environmental impacts), and if P4R were to fund a program that increases electricity access through hydropower, it is still possible that P4R funds may be used to build an especially damaging Category B dam. Also, the boundary between program lending and project lending may become blurred, as the Bank will allow what it calls “hybrid P4R-investment loan operations” – meaning that a P4R loan may also include project finance. As a result, there is no absolute guarantee that P4R won’t be used to fund controversial projects.

With the current limitations to the scope of P4R in place, the new instrument may not immediately apply to hydropower, but only to less controversial programs.  Nonetheless, P4R is pertinent to the future of borrowers’ regulatory systems, and to who shares accountability for the impacts of project finance. P4R certainly has the potential to improve borrowers’ regulatory systems, especially in the area of social and environmental standards; and global regulatory harmonization is a positive long-term goal. However, the Bank’s revision of its own safeguards policies sends a worrying signal that the direction of regulatory harmonization may be downwards, rather than upwards.

Whether or not P4R is used for programs related to hydropower, the World Bank will continue to lend project finance for dams, and increasingly so in Africa. This is reason enough to improve, not weaken, the Bank’s traditional safeguards policies. Meanwhile, in order for P4R to improve upon governance and corruption, the capacity of civil society to hold borrower institutions accountable to high standards must also be improved. As it currently stands, the World Bank’s new loan instrument may not be able to achieve such results.

Don't want to miss a cleantech story? Sign up for daily news updates from CleanTechnica on email. Or follow us on Google News! Have a tip for CleanTechnica, want to advertise, or want to suggest a guest for our CleanTech Talk podcast? Contact us here.
In this article:country systems, dams, environmental standards, loans, p4r, Program-For-Results, risk assessment, US Congress, World Bank, world bank loans, world bank p4r 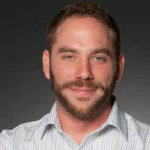