SportsArt Fitness introduces its Green System, a pod of exercise machines coupled with a power inverter that turns human energy into electricity.

SportsArt Fitness, a designer and manufacturer of fitness equipment with many “green” credentials, is going beyond self-generating elliptical trainers that require no electricity to operate. It is now offering its “Green System.” The Green System is a suite of specially-engineered exercise machines coupled with a power inverter which promise to harness the human energy that typically dissipates as wasted heat into the atmospheres of gyms around the country.

The suite, or “pod,” can include up to 10 special fitness machines (either elliptical, recumbent cycle, or upright cycle). These machines were designed to maximize power output with a special resistance system, according to Courtney Kerr, east coast sales rep for SportsArt. The pod is attached to a power inverter the size of a stereo receiver, and will use power generated by exercising bodies and feed it back to the power grid immediately as usable energy. The company chose to bypass battery storage because, in its words, this is more efficient and less harmful to the environment. The inverter requires a 208-240 VAC power supply. Facilities will require an electrician to install and wire the Green System to the grid.

Each pod of products can generate up to a maximum of 2000 watt-hours per hour of full use, which is a heck of a lot. Reaching that golden goal would mean ten human bodies working out with Olympian effort for a full hour. But, 2,000 watt-hours can run, say, a flat screen (27″) TV that consumes 120 watts for 17 hours. Lots of TV and rocking bodies? Sounds like a great pay-off to me, and very easy to operate: users simply need to start exercising.

Buying “green” machines also provides exercise facilities with a great avenue for green marketing. Add to that the assurance that the product is sustainably produced; the company’s factory in Taiwan was designed with a reduction in environmental impact in mind, and has been ISO-9001/9002 certified for years.

Watch the Green System in Action:

The company estimates that if the club or gym replaces all ellipticals and cycles with the Green System, it should have a savings of $3000 a year on its electric bill. Of course, this depends on each club’s capacity and popularity.

SportsArt’s site offers a green calculator to help potential customers figure out their savings. It assumes energy production based on a 10-unit pod at maximum production, and a U.S. average cost of electricity to be $.116 per kwh. Just two pods, with a total of 20 machines and two inverters and with about 10 hours of use per day, saves about $4.46 per day, and works out to about $1693.60 in annual savings. Still, the successful generation of  electricity boils down to this: go-getting gym goers.

What’s in it for the Gym Addicts?

The average person would probably love to be a part of generating sustainable electricity, but not everyone works out like the hounds of hell are on their tails. Gyms using the Green System can coax their members into working out to their maximum potential every session with a little friendly competition and the promise of rewards points. The Green System partnered with EcoFit to integrate the Green System with EcoFit’s Networking System & Display. The intuitive digital media display ups the power generation game by showing users how much electricity they are producing in the gym, and includes a points accumulation system.

The system tracks how much electricity is generated by each user. Runners, joggers, and cyclists can compete and access their personal workout data with their email serving as their ID. These points can be redeemed at the gym, or wherever the fitness facility is housed (hospital, college, etc…). The gym at the Hotel Grand Pacific in British Columbia will be awarding an eager gym-goer with discounts on rooms in February. ECOFit also includes iPhone apps and claims to be fully integrated with social media — so gym goers can share their results on Facebook and Twitter as they sweat.

Have a tip for CleanTechnica, want to advertise, or want to suggest a guest for our CleanTech Talk podcast? Contact us here.
In this article:Electricity, Energy, Green System, SportArt Fitness 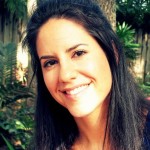 I'm a Floridian transplant enjoying the farm to table culture that's flourishing in northeast Ohio. I am dedicated to supporting local food networks- which means I like getting my hands deep in compost, and I love shopping at local farmer's markets in small towns or taking my business to the many wonderful, independent restaurants in Cleveland. My goal is to connect communities with local, sustainable products and all the fun, important, green events going on in their areas.