Nothing says “Happy New Year!” quite like the sight of the ball drop in Times Square. Later tonight, close to the strike of midnight, as the countdown begins to ring in the new year, millions of eyes will be on a glowing ball descending from amidst the bright lights of skyscrapers and signs above. As the glimmering ball drops, not only will it mark the beginning of 2012, but it will also make an electrifying statement with its lights decked out in energy-friendly LED fashion.

Philips Lighting has served as the official Lighting Partner to the world-famous NYE Times Square Ball for the past 12 years. This year, its light-emitting diode (LED) bulbs — 32,256 LUXEON LEDs — will illuminate the Times Square Ball, which is only fitting, as the Energy Independence and Security Act (EISA) will go into effect on January 1, 2012, marking the movement to replace the usage of energy-inefficient incandescent light bulbs in American homes with energy-efficient alternative sources of lighting. Under the new U.S. energy and lighting standards of the EISA, consumers may purchase a wide range of Philips LED bulbs for home use online and at thousands of retail outlets.

“We are proud that our award-winning Philips LEDs will again light the spectacular Times Square Ball,” said Ed Crawford, CEO of Lamps, Lighting Systems and Controls for Philips Lighting.

The same technology used in the Ball is also used in the Philips AmbientLED line of consumer light bulbs, which includes such innovations as the Philips 12.5-watt AmbientLED A19, the world’s first commercially available LED effectively able to replace the 60-watt incandescent bulb and the only to be Energy Star qualified.

Like the LEDs that light the glittering Times Square Ball, the commercially-available Philips AmbientLEDs consume up to 80 percent less energy than traditional incandescent bulbs. With such low energy use, that’s why the Times Square Ball will stay lit year round and why consumers can benefit significantly in electricity savings by making the switch to Philips LEDs. For example, if everyone in the U.S. transitioned to energy-efficient lighting in their homes, consumers would eliminate 87.5 million metric tons of carbon dioxide and generate energy savings of $15.8 billion.

Because of the popularity of LEDs and energy-efficient bulbs, the AmbientLED line is both affordable and practical for home use. With recent price reductions and the availability in many markets of instant utility company rebates, the price of Philips AmbientLEDs is lower than ever – further adding to its already significant economic impact.

So as you say goodbye to 2011 and welcome 2012, you can celebrate not only the beginning of a wonderful new year, but a greener, more energy-efficient one, too! 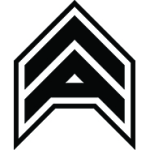