This is a repost from the indomitable Climate Pirate. It’s longish (but peppy…absorbing…nay bewitching), so we begin with a synopsis:

There are a schmillion people addressing climate change in a schmillion ways, most of which won’t work without Carbon Pricing thanks to a horror I call Whac-a-Gas (if you don’t know what Carbon Pricing is, by Hera and Zeus and all the Gods of Olympus please keep reading). Climateers would be more effective if we briefly put aside our scattershot efforts and collectively pushed for Carbon Pricing. But beware: there’s smart Carbon Pricing and dumb Carbon Pricing, and you should know the difference or I’m coming after you with this:

Note: I discuss some caveats in a section at the end. Don’t give me any lip until you’ve read that part.

We begin with the following picture:

It shows where our greenhouse gases come from. It’s misleading though, because it’s static, while reality changes. Carbon flows shift, grow, sometimes shrink, and the economy evolves. Keep this in your head for a minute.

Perhaps because the problem is so beastly, many Climateers focus on just one slice of the picture. Some are dedicated wholly to stopping deforestation, or making buildings efficient, or cutting transport emissions. I argue that this domain-specific effort is mostly wasted, not because it’s unnecessary, but because it won’t work without Carbon Pricing. Carbon Pricing means making the gassiest activities more expensive at once so that economies will move away from them – usually through a tax or by selling permits for the right to emit greenhouse gases. Without Carbon Pricing, something I call Whac-a-Gas gets in the way.

Whac-A-Gas refers to the way economies negate carbon cuts by shifting carbon flows. An example is the Keystone XL Pipeline. Many Climateers spent the last months trying to block it, and I agree it shouldn’t be built, but I don’t think fighting it will yield a good return on our effort. Why? Because blocking it may not limit emissions as we assume.

If the Pipeline’s blocked, TransCanada might instead build a line to Canada’s west coast (a contingency plan already in the works). In that case, Climateers’ efforts will have been wasted. There are other alternative plans besides, and any of one of them could neuter our efforts.

But imagine the best-case scenario, in which the oil stays put. Less oil will flow on the world market and it’ll cost more. If the story ended there then I’d chain myself to a TransCanada front-loader, but it doesn’t because oil isn’t the only fossil fuel. As a result, with higher oil prices, some activity which would have been powered by oil will end up powered by coal, which is a potent contributor to climate change. Like electric cars: they’ll become more viable as gas prices rise, but much of the electricity to power them will come from coal. Substitution effects like this will at least partly cancel the effect of blocking the pipeline. Whac-A-Gas.

Another example of Whac-a-Gas is the Rebound Effect, which thwarts energy efficiency. It refers to our habit of doing more stuff as stuff gets more efficient. Example: a person who switches from a Hummer to a Prius might drive more miles because it costs less, and the extra driving cancels the benefit of efficiency.

An example from my own life: I bought an electric kettle, which boils water more efficiently than stovetop or microwave. But since it’s also faster, I not only make more tea now, but also warm up my drinking water because I like warm water (I know this is weird). I probably use more energy now than before I got the kettle. Damn that kettle to hell.

I could cite a slew of other examples, but they all amount to the same thing: when you discourage folks from doing one thing, they’ll do something else, which is probably also gassy.

But even if there were no such thing as Whac-a-Gas, wouldn’t it make more sense to address all emissions at once, if possible, rather than focus one domain or another? If folks dedicated to, for example, greater building efficiency are 100% successful, they will only have fixed a sliver of the overall problem.

So these are the reasons Carbon Pricing is A-Number-One-First-Priority-Mission-Critical:

How does it do these things? Again, Carbon Pricing means making economic activities more expensive in proportion to their emissions, to make gassy activities less attractive. Since all activities will be covered at once, there won’t be wiggle room for Whac-a-Gas. Oil will be more expensive no matter which pipeline it comes from. Also, every sector of the economy will have an incentive to innovate and reduce emissions, which beats the limited efforts now driving attempts to address Climate Change.

Praise be, there are ways to avoid these problems. First: how to avoid Waterloo?

It turns out that you don’t have to explicitly price every activity. The reason is that about 90% of all carbon emissions have their ultimate origin in just five activities:

Let’s call these the “Big 5”. If we raise their costs, the extra costs will be distributed to the rest of the economy as well (see the Caveats section below for more about how it will happen). The cost of downstream activities most reliant on the Big 5 activities will rise relative to everything else, and the economy will shift away from them.

But that’s the easy problem. The hard problem is avoiding economic damage. A Dividend system can ensure that we do.

Government will collect extra cash through carbon pricing. Where should it go? In a dividend system, each citizen receives a monthly dividend check and that check should be the same for everyone (another option is to cut income taxes). Here’s the reason:

This is fake data I made up to show how the dividend works. Citizens are arranged on the X-axis according to how much extra each spends yearly due to Carbon Pricing. Each blue bar represents the extra cost to one citizen. Because our lifestyles aren’t all equally gassy, the extra costs are spread unevenly — folks with gassier lives pay more.

The height of the pink line is the value of a year’s worth of dividends for one person. It’s the same for everyone, and it’s set so that all the cash that goes in comes right back out. I’ve chosen a value of $100 because that’s near the EPA’s best guess about what it should be (but a wide range of other numbers would also work). Folks on the right, where the blue bars are higher than the pink line, put more money into the system than they get out. They live the gassiest lives, and their extra costs will prompt some to change, so they can move to the left. Most are wealthy, so the extra costs won’t be crippling.

Where’s their money going? Answer: to folks on the left, where the pink line is higher than the blue bars. Those folks are less gassy than average and get more money out of the system than they put in as a reward.

(I know these pictures are dumb, but I’ve got a ten-year old trapped inside of me and even the prospect of environmental cataclysm won’t dissuade him.)

You might ask: by giving the folks on the left more money, will we make them gassier? No, because relative prices change for everyone. No matter who you are, when you go to the store you see that the price of beef is up compared to chicken, for example. Everyone’s incentivized to change. Some will choose not to, and that’s good; we’ll create a net carbon reduction while preserving freedom of choice. We can adjust the size of the reduction by adjusting the price on carbon.

Getting back to the risk of economic damage, the key point is that the system doesn’t affect citizens’ net buying power because all the money they pay in goes right back to them. It’s just redistributed to create incentives.

The price can increase over years on a schedule, so we can prepare. This is key for folks in the the Big 5 industries. Their businesses will shrink as less-gassy alternatives grow, and we must help them deal with it. This includes retraining programs and help for businesses to remake themselves. I can’t emphasize enough how important this is. We can’t treat folks in the Big 5 industries as enemies. Change can be scary and they’re going to bear more of it than anyone else. They should be honored for it and helped, because a) our future hangs on their willingness to change; and b) it’s the right thing to do. We have experience providing this kind of help. For example we helped Tobacco farmers transition to other crops when we shrank the Tobacco industry. We’ll need to use what we learned there and improve on it.

Finally, note that the US has participated in pollution-pricing systems thrice before: for Lead in gasoline, Sulfur Dioxide from coal plants, and Chlorofluorocarbons to prevent ozone depletion. In each case, these systems were effective, because companies are profit machines and cost-cut like bosses. The arc of events was the same in each case: industry grumbled that pollution-pricing would be trouble, and then after it took effect they kicked ass and fixed the problem. We underestimate ourselves. Now we’re healthier than we would have been without these systems and we’ve saved mountains of shekels on avoided-healthcare costs: the savings has been far greater than the setup cost in each case, according to the economists who study this stuff. Pricing carbon will be harder than all of these because it’s more pervasive, but if we do it right, it’ll work.

Appreciate CleanTechnica’s originality and cleantech news coverage? Consider becoming a CleanTechnica Member, Supporter, Technician, or Ambassador — or a patron on Patreon. Don't want to miss a cleantech story? Sign up for daily news updates from CleanTechnica on email. Or follow us on Google News! Have a tip for CleanTechnica, want to advertise, or want to suggest a guest for our CleanTech Talk podcast? Contact us here.
In this article:Carbon Emissions, emissions pricing, fee and dividend, tax and dividend, whac-a-gas 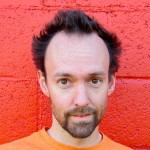