The California School Boards Association has partnered with SunPower to bring solar installations to more than ninety schools across the state, including elementary, secondary, and higher-level schools. This project to bring schools solar power is being launched as the Solar Schools program.

In the face of shrinking school budgets and higher costs to keep schools open, the California School Boards Association hopes to take advantage of the incentives and save money that can be better dispersed throughout the education system. It is estimated that California schools will be saving up to $1.5 billion over 30 years with the installation of solar power systems. School boards need to make every dollar count, and SunPower believes that their partnership with the schools is a step in the right direction both economically and environmentally.

“The district was motivated by the significant cost savings that SunPower’s solar systems offer,” said San Ramon Valley Unified School District Superintendent Steven W. Enoch. “We found SunPower to be extremely innovative in helping us to maximize our immediate cost savings. Slated for completion by this fall, our solar installations will supply substantial savings to our district’s general fund, while preserving precious financial resources.”

This school district is scheduled to install solar power in five of its schools. The San Ramon Unified School District will save an estimated $2 million dollars in energy cost in its first year of solar installation.

This district has also implemented renewable energy education in its courses. Students can take classes that specifically focus on energy, how to create clean energy, and how to find alternative energy sources. SunPower is working with San Ramon’s engineering department to prepare students for future careers in clean technology fields. SunPower hopes to introduce similar curriculum into other schools participating in solar power installations.

The schools participating in the program hope to maximize savings, especially in immediate costs such as energy. The schools will be saving money in their general funds and be able to preserve financial resources which will allow school capital to stay within the school system. The solar power systems are scheduled to be completed by the fall of this year.

Don't want to miss a cleantech story? Sign up for daily news updates from CleanTechnica on email. Or follow us on Google News! Have a tip for CleanTechnica, want to advertise, or want to suggest a guest for our CleanTech Talk podcast? Contact us here.
In this article:California 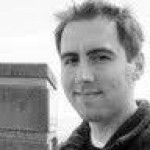