Let’s add two more people to the “who wants to make a change list?” Julia Silverman and Jessica Matthews have come up with another means to fight the battle against the lack of electricity in developing and third world countries. How, you ask? Through the use of a soccer ball.

SOccket, A New Way to Energize

Let’s add two more people to the “who wants to make a change?” list. Julia Silverman and Jessica Matthews have come up with another means to fight the battle against the lack of electricity in developing and third world countries. How, you ask? Through the use of a soccer ball.

As part of a Harvard undergraduate group project, the two students have come up with a way to harness the force of energy behind a moving soccer ball. Every time you kick, hit, or throw the ball, the kinetic energy  is harnessed and stored inside the soccer-ball-shaped battery. sOccket, as the product is named, when played with for 15 minutes can collect enough energy to power an LED lamp for three hours. Simply plug an LED light into the sOccket (pun intended of course) and you’re good to go.

What an ingenious idea considering that soccer is the most popular sports game in the world, especially in developing and third world countries where other indoor luxuries and entertainment aren’t so easily afforded. So far, sOccket has been tested in Spain, Haiti, South Africa and Nigeria. Testing in these various countries has led to some significant improvements in the final product. The look of the ball has been changed and it has been refashioned to be a lot sturdier than the prototype, something that is needed since the target group for sOccket most likely won’t be able to afford replacements easily. The original was said to last for a few months but the final product, which will be showcased in August or September, can supposedly last for at least a year.

SOccket is thought to be able to power more than just an LED lamp, but as to what other products it can power… the jury is still out. So far, Matthews and Silverman have been hush hush on other types of electrical equipment that sOccket will support. Matthews and Silverman have plans bigger than the sOccket soccer ball and are in the process of creating a sOccket basketball due out by next year.

Score one for the good guys.

Appreciate CleanTechnica’s originality and cleantech news coverage? Consider becoming a CleanTechnica Member, Supporter, Technician, or Ambassador — or a patron on Patreon. Don't want to miss a cleantech story? Sign up for daily news updates from CleanTechnica on email. Or follow us on Google News! Have a tip for CleanTechnica, want to advertise, or want to suggest a guest for our CleanTech Talk podcast? Contact us here.
In this article:countries, Energy, football, outdoor activities, play, Soccer, sports, third world 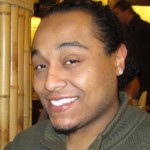 is from NYC, where the lack of trees causes you to love them more than anything else :)