2010 saw a growth increase of 141% over the previous year, more than doubling the amount of new solar installations from 7.2 GW to 17.5 GW! This is excellent news for the future of solar power, but where is all of this growth occurring? Read on to learn more.

Solar power has been on a roll for years now, racking up major increases in installed capacity year after year. However, in 2009 the growth rate slowed to 24% year by year, which is a disappointing pace if we are to truly break free of fossil fuels. But, it seems that the pace of new solar capacity coming online has greatly picked up. According to PVNews, 2010 saw a growth increase of 141% over the previous year, more than doubling the amount of new solar installations from 7.2 GW to 17.5 GW! This is excellent news, as it demonstrates that the weak performance of 2009 was due to economic uncertainties rather than some flaw in the solar business model. Much of this increase can be attributed to cheaper crystalline solar cells (largely from unregulated Chinese manufacturers, alas) and modest gains in the production of thin film cells. The year was such a bellwether for solar that despite falling prices and huge investments in manufacturing, orders outstripped supply through half of 2010.

This is excellent news for the alternative energy arena, but it comes with a few caveats. First, much of this capacity was manufactured in China, a market that has little to no environmental regulations in place. The production of solar cells is a toxic business, so producing solar in China has the potential to create problems even as it alleviates the energy crisis. Thin film cells, which have the potential to be much cleaner to produce than crystalline cells, and are largely manufactured in the west. However, thin films still have a great deal of promise to fulfill, as they still only make up about 5% of the solar market, and their total market share actually declined from 2009 due to a much greater increase in the production of crystalline solar cells. This seems to be the result of thin film manufacturers, mostly in the west, plotting an excessively cautious course when it came to new investment in production capacity.

Of the top PV cell producers, nine of the top fifteen are based in China or Taiwan. The increase in vertical integration (i.e. producing wafers, cells and finished modules within the same production line) has also benefited these manufacturers, who utilized the great sums of money invested in them to integrate their manufacturing processes and cut out the middle men.

The next few years will no doubt pose significant challenges to the solar market, as political changes and calls for austerity will put the squeeze on subsidies and grants that are critical for the continued, rapid expansion of solar power. However, investment continues to occur at a rapid pace, and the solar industry has shown a remarkable ability to change with the times and continue expanding, as evidenced not only by their vigorous growth, but also by the lack of any significant buy out and consolidation activity amongst the many competitors in the field. It may well be that the last few years of growth and investment have paved the way for solar to become an industry that can grow and expand without any government help, which is more than can be said for it’s competition in the form of the highly subsidized fossil fuel and nuclear industries.

If you want to read through the data in much greater detail, head over to PVNews and read more.

Don't want to miss a cleantech story? Sign up for daily news updates from CleanTechnica on email. Or follow us on Google News! Have a tip for CleanTechnica, want to advertise, or want to suggest a guest for our CleanTech Talk podcast? Contact us here.
In this article:China, Energy, fossil fuel, Manufacturing 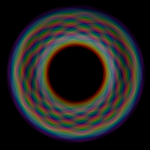