What could be more American than a railroad?  It was but a short step from the widely hyped joining of the eastern and western ends of the nation’s first transcontinental railroad in 1869 with a symbolic golden railroad spike to the mania for staged train crashes throughout the later 19th century,  followed quickly by what is widely acknowledged to be the first silent movie that followed a narrative, 1903’s The Great Train Robbery, to action-comedy genius Buster Keaton’s fact based 1927 epic The General to countless film noir productions leading up to Alfred Hitchcock’s Strangers on a Train and North by Northwest, and so on and so forth to 1985’s much-underlooked Runaway Train.

And after the 1980’s?  Phooey!  Our fascination with the public drama of rail travel stalled, a victim of the same hyper-consumerist trends that gave rise to McMansions, Hummers, and outdoor air conditioning.  Well, get ready for a railroad revival because just as the emerging green economy is getting up steam, our long overlooked rail systems are jumping into a more energy efficient future – with a little help from organized labor, too.

Metro area dwellers already know rail transit as the key to relieving traffic congestion, improving local air quality, and moving lots of people around on relatively little fuel.  The rule of thumb for rail freight is similar: apparently it takes only one gallon of diesel fuel to move a ton of freight 436 miles.  The industry is taking steps to improve on that, for example with a commission for researchers at Northern Illinois University to improve rail freight efficiency through new biofuels, fuel cells, and improved lubricants, and an online rail efficiency comparison tool.

This week, the Buffalo & Pittsburgh Railroad launched the “GenSet” locomotive.  This is one simple, elegant way to achieve lower diesel emissions and cut fuel use: instead of running on one large engine, the GenSet runs on two small engines.  Through a computer controlled system, the second engine only kicks in when needed.  Apparently the next step is to run the GenSet in real world conditions to analyse the efficiency improvement.  Add the potential for running those babies on biodiesel, and you’ve got more sustainability than you know what to do with.

The GenSet project was a partnership between the Buffalo & Pittsburgh Railroad, the Brookville Equipment Corporation, the U.S. EPA and Department of Transportation, the Pennsylvania Department of Transportation – there goes that darned government interference again!  After all these years of propping up the petroleum industry with billions of tax dollars spent on new highway projects, it’s about time to even out the playing field by putting more public resources into high efficiency rail transit.

The Association of American Railways recently announced its support for a new report issued by the Economic Policy Institute and the BlueGreen Alliance, a coalition of top labor and environmental groups including the United Steel Workers, the Sierra Club, Communications Workers of America, National Resources Defense Council, and Service Employees International Union.  The report pushed for more investment in railway improvements that create green jobs, finding that freight rail reinvests more than other industries into infrastructure improvements for energy-saving alternative transportation. If rail freight follows the new partnership forged by labor, environmental groups and the wind power industry to push for more federal support for green jobs, it will be a force to be reckoned with in a new energy future for the U.S.

Image: Locomotive by Mercedes..Life as I Pictured on flickr.com.

Don't want to miss a cleantech story? Sign up for daily news updates from CleanTechnica on email. Or follow us on Google News! Have a tip for CleanTechnica, want to advertise, or want to suggest a guest for our CleanTech Talk podcast? Contact us here.
In this article:BlueGreen Alliance, locomotive, rail freight 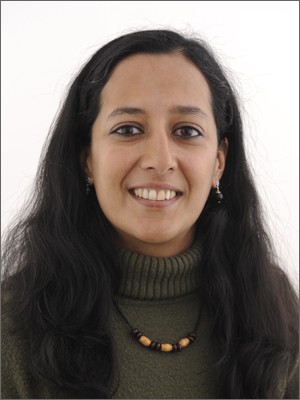 Los Angeles and Long Beach, California, together have the second busiest port in the US. Both harbors are next to cement factories and petroleum...