As the Senate version of pending climate legislations, Kerry-Boxer’s CEJAPA, heads for mark-up on Tuesday, voices calling for $15 billion annually for clean energy research and development are starting to gain traction. Earlier this week, Google’s Director of Climate Change and Energy, Dan Reicher joined the ranks of think tanks such as, Brookings Institution, Third Way, and the Breakthrough Institute, not to mention President Barack Obama, when he called on the Senate EPW committee to include this funding in the bill.

According to Reicher’s testimony (emphasis in original):

This testimony followed on the heals of a letter and discussion paper from the nation’s leading universities to Senate Majority Leader Harry Reid, emphasizing the need for a bottom line investment of $5 billion dollars annually in R&D, significantly more than would be allocated under both House and Senate version of climate and energy legislation.

“The American Clean Energy and Security (ACES) Act calls for an 83% reduction in US carbon emissions by the year 2050. Without significant advances in science and technology, the incentives now provided in ACES and other laws are not sufficient to let the US meet its goals. Many studies have recommended major increases in both Federal and private sector energy R&D to do this; thus the President, in his FY10 Budget, calls for creating a “Clean Energy Technology Fund” of $15 billion per year for 10 years. We need a major effort to obtain the basic scientific knowledge to develop and implement the technologies needed to eliminate the projected growth in the use of fossil fuels, and then to displace five of every six barrels of oil and tons of coal with renewable and nuclear energy, and enhanced energy efficiency.” (emphasis in original)

Appreciate CleanTechnica’s originality and cleantech news coverage? Consider becoming a CleanTechnica Member, Supporter, Technician, or Ambassador — or a patron on Patreon. Don't want to miss a cleantech story? Sign up for daily news updates from CleanTechnica on email. Or follow us on Google News! Have a tip for CleanTechnica, want to advertise, or want to suggest a guest for our CleanTech Talk podcast? Contact us here.
In this article:ACES, CEJAPA, clean energy technology, development, education, Google 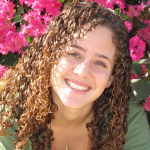 Like all of our readers, I’m pretty sad right now, and that’s an understatement. The horrible mix of emotions that comes with hearing about...