A new Kansas-based company called EcoFit Lighting believes it can make the transition to LED street lighting not only much easier, but also much cheaper.

EcoFit’s design is a retrofit module that slides right into place in existing streetlights, eliminating the need to have a full replacement. The company claims using their product would bring down costs from $700 to $900 (for a complete replacement) to just $400. Savings also come in the form of energy efficiency and extended lifespan as EcoFit’s LED lights are 60 percent more efficient and last six times longer than sodium streetlights. Additionally, as it’s estimated that replacing street lights with EcoFit LED lights would take just five minutes (as opposed to taking up to 30 minutes to fully replace the head), labor costs are also expected to be reduced.

EcoFit’s business proposal bested 19 other entries at the recently concluded Clean Energy Venture Summit, where company officials declared they would seek debt financing. The initial $1.15 million company funds were spent for the design and manufacture of its LED retrofit module, and to date, EcoFit has already installed in 20 cities in the United States. Now, an additional $2 million investment is sought as EcoFit aims to manufacture three to four times its present production capacity of 10,000 a month.

In this article:led lights, street lighting 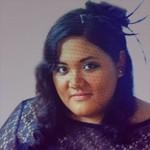 It is hard to build a net-zero building — one that produces more energy than it consumes — in the middle of a city....