Hail – the Return of the Sun

There’s been a lot of negativity around the solar space in recent weeks because it has been hard going for some companies. And I don’t want to belittle their pain – manufacturers have big stockpiles and if they’re publically listed their share price is down; project developers can’t get bank finance or government cash fast enough, despite the stimulus; and installers may be seeing some consumer sentiment dropping in places.

But please don’t think that’s all she wrote. The future of photovoltaics is bright as the sun!

Just for one example of how serious a contender PV is becoming, consider Spain. Right now that beautiful country is copping a lot of blame because of changes in the incentive structure that have led to a major drop in solar sales there, large and small. Indeed, little old Spain is being held responsible for most of the oversupply currently being experienced by the PV manufacturing industry, which I think could be seen differently…

Another perspective on Spain is that it has championed solar and is way ahead of most of the world. As of May 09, 4% of electricity produced in the country came from el sol. Four percent! Little over 5 years ago there was almost no solar in the country so they have gone from zero to solar hero in almost no time at all. We’d love for them to continue to grow at this rate and it is a shame the government has pulled back on some market support schemes.

But if we take that example, of a small country going to 4% we can see the trajectory that will get us to 40% in a couple of decades, which is where we need to be to stop climate change. By then all these bumps along the road will look like shadows cast by clouds. But before I get too poetic about rain falling mainly on a plain in Spain, check out this video from our friends at Solon whose motto is “Don’t leave the planet to the Stupid”.

In this article:Solar PV, Spain 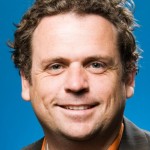 Danny Kennedy is Sungevity’s President. A long time social entrepreneur, Danny has achieved global recognition as an environmental activist, spokesperson, and opinion leader. Most recently, Danny was the Campaigns Manager for Greenpeace Australia Pacific where he managed 35 staff in 5 offices in 4 countries. In 2001, he ran Greenpeace’s California Clean Energy Campaign, the successes of which helped lead to the current California Solar Initiative. Danny was the founder and first Executive Director of Project Underground and has served on several nonprofit boards. He has a Bachelor of Science from Macquarie University in Sydney and dropped out of Law School there. Danny lives in Oakland with his wife Miya Yoshitani and two daughters.