Editor’s Note: Michael Brito is a social media strategist at Intel. You can find him roaming the intrawebs on Twitter, Facebook or his social media blog.

Climate change is upon us, indeed; no need to argue that point. But how on Earth are we supposed to react to its affect on food production, water resources, ecosystems, energy demand, insurance costs, etc?  Current research suggests that the Earth will warm over the next century and the rate of warming is steadily increasing. So the question needs to be asked, “What are we doing to prepare ourselves for these changes and how can people easily get involved in affecting positive change?”

The goal of this project is to affect change by combining the power of social networking on Facebook with the life changing promise of what is called volunteer computing. Volunteer computing is an arrangement in which people (volunteers) provide computing resources to public interest research projects.

One such project is Climateprediction.net. This project is computing a massive environmental model intended to forecast climate conditions in the 21st century. These prediction models are imperative and will help answer a lot of questions about what we can expect in the near future and plan accordingly. There are a lot of things you can do to prevent and learn about climate change. With Progress thru Processors, all you have to do is download and run the application, and you are good to go.

A computer contributing to Progress Thru Processors uses very few incremental resources, yet has the potential to positively impact the lives of millions of people around the world. In broad terms, a computer actively running a research application uses roughly 30 watts more than an idle machine. Bandwidth use varies by project, but by way of reference, a computer running the application might use an additional 1MB per day in network bandwidth as compared to an idle machine (after the initial download). Of course, we encourage volunteers to keep their computers on only as they normally would and not use unnecessary resources.

What’s convenient about this application is that you can run it on a PC or Mac and it is processor agnostic. Experiences may vary but your computer performance should not be affected either. Well, at least it wasn’t affected on my personal laptop which is ancient, like 2 years old or so. The application can also be used with Linux, though it’s not as easy to join via Facebook. Users will need to first establish an account with Grid Republic and then sign up through Facebook.

If I had to choose one reason why I like working at Intel, it wouldn’t be because I have a company issued Mac, or the fact that I get to go to CES every year and not have booth duty. Heck, it’s not even that I get to blog all day on sites like this. The one reason is pretty simple; it’s the little things that Intel does to help humanity.

If you are interested, you can install the app here become a fan here and/or you can follow us on twitter and get up to date info on what’s going on behind the scenes at Intel Headquarters, 2200 Mission College Blvd. 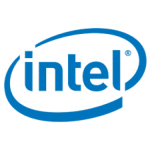 Michael Brito is a social media strategist at Intel.