That’s the task at hand for Jared Potter. Jared Potter, CEO of Potter Drilling, is developing technology that his father, Robert Potter, initiated over 30 years ago while working at the Los Alamos National Laboratory. Robert Potter worked on developing Hot Dry Rock (HDR) heat mining, which, simply put, is a method of harvesting geothermal energy by pumping water into hot, crystalline rock via an injection well. The water is superheated as it flows through open joints in the hot rock reservoir, and is returned through production wells. At the surface, the useful heat is extracted by conventional processes, and the same water is recirculated to mine more heat.

Jared Potter is taking that process to the next level. Using new drilling technologies, Potter is working toward solving the increasing global demand for energy while addressing climate-change issues for a price that is competitive with coal. The solution is geothermal.

Geothermal power — harnessing the earth’s heat to produce electricity — produces essentially no greenhouse gas emissions and, unlike solar and wind power, is available 24 hours a day. With enough heat trapped deep in the earth to meet the nation’s electricity demand thousands of times over it’s no wonder that Potter wants to find a more effective way of harnessing that heat. Getting to it at costs that can compete with coal-fired energy is the challenge.

That’s where the new drilling technology comes into play. Potter and his company are currently developing a drill that they say will make drilling faster, deeper and cheaper. Using hydrothermal spallation – a process of shooting hot water at rock in order to exploit flaws in the rock’s construction (to put it simply) – Potter Drilling can drill to depths required for universal Engineered Geothermal Systems (EGS) (12,000 to 30,000 feet). It is essential to drill that deep because Potter intends on hitting magma. Like in HDR, water would run down wells, passing through the reservoirs down near the magma. The water would heat up incredibly fast, evaporate and shoot back up where the steam and turbines would produce electricity. The water would cool and precipitate, and the cycle would begin anew.

And Potter thinks that he can do it. Because the drills use hydrothermic spallation, there is no contact between drill bit and rock. Thus, the drill bits last a lot longer than bits used in current methods. The bits are heated to extreme temperatures of 3200 and 7200 degrees Fahrenheit. The drill bits are still in the testing stages, but hopes of their commercialization ride high. With inexpensive, fast, efficient drills capable of taking us to the the vast energy fields beneath the earth’s surface, we can harvest a source of energy that is not only clean but inexhaustible. 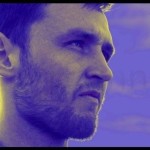 By Jeremy Deaton Environmental groups are suing Kern County, California over an ordinance that could clear the way for 40,000 new oil and gas wells...

Today, the U.S. Department of Energy (DOE) announced that five projects will receive up to $28 million to promote the advancement of the next...

UK-based multinational oil and gas company BP announced this week that it has decided not to proceed with a controversial exploration oil drilling program...

We Are Eating Fracking & Drilling Waste

Farmers in Canada are being paid to spread fracking & drilling waste on their fields where crops are grown and cattle graze. We're eating...