Where is the grid going, big or small? So we have all heard by now that Google is getting into the power management game, Cisco and IBM are coming to play too, but are the mega-stars of the VC and IT worlds going to be creating the new terms of energy management, or will local management solutions be more effective as the method for some markets? The easy answer is that it depends. Local grids can be made up of energy generation near recipient towns, cities or villages, just as energy can travel from another portion of a state or country, but increasingly there will be local power generation which will need to be brought intelligently to local customers on a block by block or building by building scale. ‘Micro-grids’ as they have come to be known, will likely serve most readily and immediately rural populations, who will bypass the need for state-electrification and develop power-management systems on their own because it is easier to implement than waiting for infrastructure build-out.

Many of the major players in the space have been basing their assumptions for growth not upon this notion, but upon a Western model of electrification. While the hardware developed by major California smart grid firms such as Trilliant and Silver Springs Networks will rightfully be applied toward the lucrative state or utility scale projects, these projects will only deal with the needs existing within the existing grid framework. The growth of the space will need innovation in power-management for those who either do not currently have access to an electrical grid or those who can benefit from opting-out of one altogether.

One example is in India, which has historically had many difficulties with its grid infrastructure. Power theft is pervasive and the reach of the grid to rural areas is still far from complete. Worldwide, nearly one and a half billion people do not have access to the electrical grid and while some environmentalists see this as a planetary savior for now, the reality is that eventually that number will shrink to zero due to expanded infrastructure and needed improvements in quality of life (as it should). Electricity enables communities to fulfill more needs locally and this, in turn, illuminates more needs–in other words, electrical demand snowballs. For populous countries like India and China (and other population centers) the stress on the old infrastructure will be immense and the need for elegant solutions will make itself felt increasingly over time.

While in the US, 99 percent of inhabitants connect to the grid, overseas the need for energy could force the  transcendence of the traditional models of grid deployment–we are seeing this change now. Where various layers can be created to make electrical systems work together more smoothly, smart-grid solutions will become useful as grid growth happens in these locations. Ideally, electrical appliances would communicate with power generation which would in-turn communicate with the power needs of surrounding users to balance out energy usage via shedding load during usage troughs or managing it wisely during spikes in demand. Implicit in this notion are various levels of grid intelligence embedded into electrical management systems. Each entity within this constellation would constitute its own grid- interacting with all other parts in the most useful ways possible. While more electrical generation will be needed, taking up the excesses and managing loads will ensure that unnecessary waste will not take place and higher efficiency will reign.

Micro-grids will become invaluable in the electronically developed world as well since many efficiencies will be gained by quarantining off some users and integrating others more thickly. As companies develop local power generation solutions at scale (see: Nexterra, Bloom Energy, and seemingly millions of others) and local renewable solutions such as solar or wind power find lower barriers to entry (see: 1bog, Grid Alternatives etc.) the need to manage these power generation sources locally will become important since the distance energy travels (especially in DC) has impacts on how efficient it is. Because of this fact, the most efficient use of energy is that of local generation for local utilization, since this reduces the need to transform currents or transport energy over vast distances.

Battery manufacturers are currently going through the process of understanding what it takes to develop a sound micro-grid system as they test how to improve efficiencies between energy storage devices. Indeed, other players have begun to enter the space as well, but soon these grids will need to be integrated utilizing various technologies for the sake of greatest value and efficiency. So far little has been done here -only one company springs to mind, Valence Energy, who is doing much of their work in India. Sure, larger players will be able to eventually bundle their technologies into smaller packages when the major markets have been taken, but because this will involve a lot of consultation and collaboration in devising systems for unique micro-grids, these smaller players may find that engagement with stakeholders is the correct strategy for this huge market as opposed to strict IT solutions. Obviously, both play a role in the space. Ideally, self-sufficient micro-grids will emerge which will exist within larger and more integrated national or international grids. The notion being that self-sufficient would enable communities to take care of their own energy needs and manage those locally, while integration within a larger system would ensure that problems or outliers could be neutralized or utilized in the best ways.

Photo courtesy of http://www.flickr.com/photos/cogdog/ used under a Creative Commons license.

Don't want to miss a cleantech story? Sign up for daily news updates from CleanTechnica on email. Or follow us on Google News! Have a tip for CleanTechnica, want to advertise, or want to suggest a guest for our CleanTech Talk podcast? Contact us here.
In this article:Bloom Energy, cisco, Energy, Google, Grid Alternatives, IBM, storage 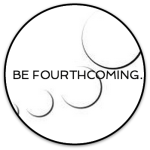