After representing 20% of all solar installs in San Francisco in Q4 2008, 1Block Off the Grid (1BOG) is now running a Los Angeles Solar Campaign.

1BOG began building its solar community in San Francisco (as depicted in the takeover of the map above). The original pilot campaign brought in 184 San Francisco residents who signed up for solar discounts from RealGoods, and 42 of them followed through to buy a system—double the normal adoption rate. The latest 1BOG campaign in the Bay Area has already brought in 1,070 sign ups, a 6x increase over the pilot. SolarCity has been selected as the installer for this round.

So far, 1BOG has done a great job in making solar panels more affordable for homeowners. In the last quarter of 2008, 1BOG:

Interested in Solar Power in Los Angeles? This is how 1Block Off the Grid works:

Say you live in LA and are interested in solar. Lucky for you, just like your neighbors to the north, you too will be able to turn to 1BOG to solve your problems upgrading your home to solar:

1BOG expects to have twice the change impact in LA because of its size and energy usage, and being knowledgeable about local and state rebates should save homeowners even more money.  The goal is to install one megawatt of solar power in Southern California. Find out more on 1BOG’s website.

If you own a home you can sign-up for LA solar here. Don’t own a home but still want to get involved? Become a solar organizer.

Don't want to miss a cleantech story? Sign up for daily news updates from CleanTechnica on email. Or follow us on Google News! Have a tip for CleanTechnica, want to advertise, or want to suggest a guest for our CleanTech Talk podcast? Contact us here.
In this article:Activism, Cheap Solar, community, Energy, Gavin Newsom, home, la, Los Angeles, San Francisco, SolarCity 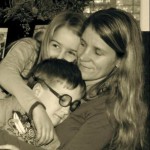 Jennifer lives on 160 acres off-the-grid in a home built with her own two hands (and several more skilled pairs of hands) from forest fire salvaged timber. Her home is powered by a micro-hydro turbine, and she has been a vegetarian for 21 years. Jennifer graduated from Humboldt State University with a degree in art education and has been teaching art to children for over 16 years. She also spent five years teaching in a one-room schoolhouse before becoming the mother of two beautiful children. Jennifer has a Master's Degree in Early Childhood Education and is currently teaching preschool, as well as k-8 art. She enjoys writing, gardening, hiking, practicing yoga, and raising four akitas. Jennifer is the founder and editor of Eco Child's Play (http://ecochildsplay.com) "I’ve always been concerned about the earth and our impact upon it. Now that I have children, I feel compelled to raise them with green values. From organic gardening to alternative energy, my family tries to leave a small carbon footprint." Please visit my other blog: http://reallynatural.com