Editor’s Note : This is a guest post from William Ellard, an economist specializing in energy and renewable energy markets. He is currently working with national solar energy firms to bring distributed solar power to municipalities in the American Southwest.

During a recent work meeting with the Western Renewable Energy Zones Initiative, it became clear that the recent push for renewable energy in the western US has major wildlife and environmental implications. As an alternative energy economist, my contribution in the meeting was to present some of the new solar energy technologies and explain how distributed solar could be deployed without disturbing wildlife ecosystems.

The main issues for public land managers and wildlife stakeholders are the new roads and infrastructure placed on previously undisturbed public lands. The western US has huge potential for renewables such as solar, wind, and geothermal. , but the rush to build these renewable power systems on public lands could adversely effect wildlife corridors and ecosystems.

These issues have me thinking more about the economic and environmental benefits of the distributed nature of solar technology. Wind and geothermal power only work in particular areas of the US—in most cases far away from the end electric user. Also, wind and geothermal resources are mainly on public lands.

New solar firms like Solyndra produce thin film solar technology especially for commercial rooftops. If we installed solar systems on these rooftops we could supply the US with 150 gigawatts of electricity. Solyndra has entered into a contract with ENERGY STAR®-certified cool roof systems from Carlisle Construction Materials. This combination of the reflective roofing membrane with Solyndra’s solar systems increases the output of the Solyndra PV system up to 20%.

The above estimate of 25% of the US electric grid is based on the approximate efficiency ratio of 15% for Solyndra’s PV system. These solar thin film technologies are still in the early stages of development, so over time we should see significant improvements in efficiency and cost.

Solar thin film firms can already produce solar energy at grid parity. These cost breakthroughs in solar have been achieved by focusing on the cost side, not the efficiency side. New thin film solar technologies are less than half as efficient as silicon based solar cells, but can cost 80-90% less to produce. My article on solar economics describes in more detail the different solar technologies and the economic considerations.

So with commercial rooftops, the US could replace more than 25% of the grid. What about other brownfield land solar development? While driving many hours across the desert southwest on interstate I-15, it hit me.

On both sides of I-15 all one can see is scrub, weeds, debris, and power lines. Highway departments must keep their right of way clear of invasive weeds such as Russian thistle(tumbleweed), cheat grass, etc. Mowing or pesticide spaying operations are the most common methods. Instead of spending all those tax payer dollars trying to control photosynthesis, why don’t we use photosynthesis to create electricity along these highways?

By designing the proper alignment of solar systems along highways, land managers could also funnel wildlife away from dangerous highway crossings and into safe wildlife corridors. In the desert Southwest, miles of small fences are built along highways to protect the desert tortoise from getting killed by cars. Larger structural solar systems could also protect larger animals such as cattle, deer, and antelope. These larger animals also cause many serious accidents and human deaths on our highways.

How much acreage are we talking about? The first estimate to consider is the amount of land that highway departments currently manage. This is a small subset of all right of way highway acreage. Road Ecology: Science and Solutions written by Richard T. Forman in 2002 is a good source of information on managed right of way land along our nations highways.

Forman’s book states that California manages 230,000 acres of right of way on 15,000 miles of highway—about 15 acres per mile of highway. In the US we have about 4 million miles of roads, or 60 million acres of right of way to manage. On many sections of highways in the western US, the highway right of way is contiguous to federal land like the BLM (Bureau of Land Management). By using a small amount of this BLM land, we could easily double the amount of land available for highway solar energy.

Depending on the particular solar technology, one needs 2-4 acres of land to place a 1 megawatt solar power system. So a conservative estimate for US highway solar would be 20 million megawatts of total capacity.

In 2006 the existing US capacity for electricity was about 1 million megawatts. For example, in just the disturbed land along our nation highways, we could have almost 20 times more capacity then currently installed. Here are some energy figures from 2007:

The capacity of different power plants will produce different amounts of total electric generation. A coal or natural gas fired plant can run almost all the time. A solar power plant may only average 8 hours a day of energy generation.  So the real effective electric generation for the 20 million megawatts of highway solar capacity would be about 7 million megawatts of full generation capacity. This is 7 times the electricity we currently consume in the US.

In summary, right of way highway solar could be a solution to our nation’s energy needs and could also reduce costs to manage these right of ways. Another benefit would be to help wildlife managers create wildlife corridors for both human and wildlife safety. Let’s preserve our undisturbed public lands by implementing solar technologies on these existing managed lands.

Don't want to miss a cleantech story? Sign up for daily news updates from CleanTechnica on email. Or follow us on Google News! Have a tip for CleanTechnica, want to advertise, or want to suggest a guest for our CleanTech Talk podcast? Contact us here.
In this article:Clean Tech, highway right of way, power plants, solar thin film, us economy, wildlife 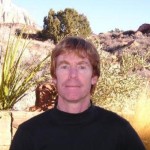 William is an economist living in the desert southwest. Originally trained in econometrics and environmental economics, he is currently working as a financial analyst in the energy and renewable energy industries. For the past two years, he has been researching solar economics and technologies for a research paper "Maximizing Investment in Renewable Energy: An efficient market approach".