If Dell’s VP of Communications is so critical of Apple’s green policies, a month after Apple bragged about their new recyclable, energy-efficient MacBooks, why didn’t he just say that Dell is greener? Is it because he’s humble, or becaus his job is to confuse people? Ha, sorry, that’s too mean. A PR man’s job is to lie. But sometimes he accidentally tells the truth.

While Dell still beats Apple in Greenpeace’s annual electronics report, Apple will catch up if they meet their targets over the next few years. Here’s how the two computer makers compare (according to Greenpeace) on energy efficiency, packaging, materials, and recycling.

Energy efficiency: Apple’s new models beat Energy Star standards, so you can crank up the smug when you flick on a new MacBook (or feel even grosser about your outdated Powerbook). A little over half of Dell’s desktops meet Energy Star requirements, but Greenpeace says the company’s not explaining just how efficient those computers are. Winner: Apple

Packaging: Greenpeace says nothing about Dell and Apple’s packaging. After all, what’s one cardboard box compared to all the components in a $3000 laptop? But bloggers, blissfully logic-free as we are, pay a lot of attention to packaging. Dell impressed the green blog Treehugger with three goals for the next four years: cut packaging materials by 10%, use 40% more sustainable cushioning material, and make sure 75% of packaging is “curbside recyclable.” That’s one reason that the Ceres Report on corporate climate change strategies gave Dell 77 points to Apple’s 28. Winner: Dell

Materials: Apple’s new iPods are free of PVC plastic and BFRs, two materials that Greenpeace wants all electronics makers to eliminate. Their new MacBooks use very little of these substances, so Apple is on track to be PVC and BFR-free by next year. Dell reneged on its promise to eliminate PVC and BFRs by next year. At least Dell is more cautious than Apple about making sure new materials are safe. Winner: Apple

Greenhouse emissions: Greenpeace won’t be satisfied until Apple reports the carbon emissions of its plants and increases its use of renewable energy. Their report ignores Dell’s claim that the company went carbon neutral five months ahead of schedule. The Unofficial Apple Weblog couldn’t find any evidence that Dell was lying, but they implied so anyway by pretty much saying “nuh-uh!” (What PR people won’t lie about for hundreds of dollars an hour, bloggers will lie about for $10 a post.) Winner: Dell

Recycling: Greenpeace likes Dell’s recycling program a lot more than Apple’s. While Apple says it has recycling facilities in 95% of its markets worldwide and boasts a recycling rate of 18%, Greenpeace thinks the company’s numbers are too opaque to trust. The same goes for Dell’s reported numbers of 12.4%, but Greenpeace gives Dell extra points for supporting laws that would make manufacturers more responsible for the waste they produce. Both companies are terrible at reporting how much recycled plastic they use. Winner: Dell

Summary: An impressive carbon-neutral operation gives Dell the real edge in this contest, making the company greener than Apple. But Apple’s new promises mean it could soon catch up to Dell. As usual, Apple runs a better PR campaign, but steps like greener iPhone packaging show that Apple cares about going green, just in its own hyped-heavy way.

The bad news is that both Apple and Dell performed dismally compared to competitors like Nokia, Toshiba, Samsung, and Sony. Nokia’s phones are more efficient and more easily recyclable, and they’ve been free of PVC for three years. Toshiba reports its greenhouse gas use and is setting targets to lower it. But hey, at least Apple and Dell are kicking Microsoft’s ass.

Photo by Apple Inc.
Appreciate CleanTechnica’s originality? Consider becoming a CleanTechnica Member, Supporter, Technician, or Ambassador — or a patron on Patreon.
Have a tip for CleanTechnica, want to advertise, or want to suggest a guest for our CleanTech Talk podcast? Contact us here. 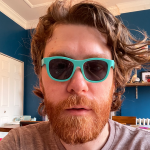