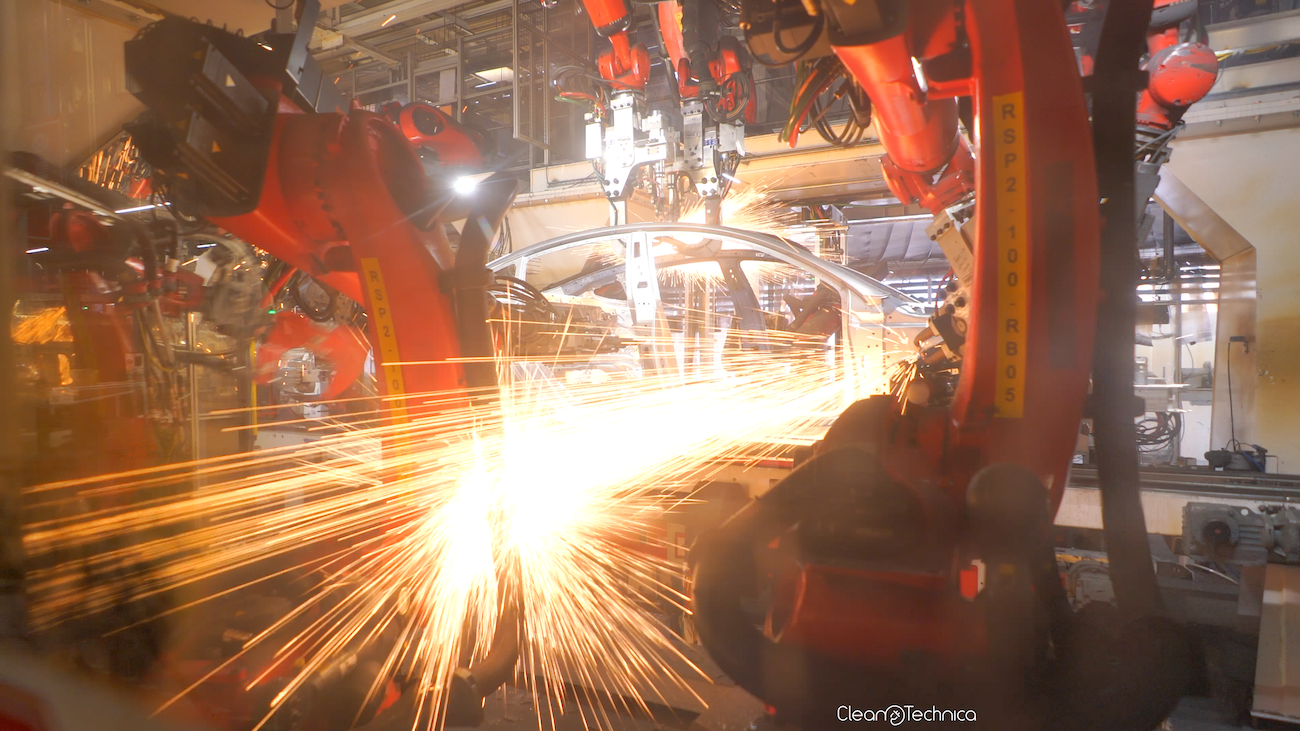 Tesla’s 2021 full year earnings will be released on Wednesday, January 26th, and I think we will find out that Tesla’s revenue has a good chance of exceeding 17 Dow components. As we always do, we’ll cover the livestream with zany chat action, cool analyst charts, and awesome music on the CleanTechnica YouTube channel.

Elon Musk will reportedly attend and update all of us on new product announcements. I speculate, but he could cover the Solar Roof, Megapack, Austin and Berlin gigafactories, new gigafactories, Tesla Semi, Tesla Cybertruck, Tesla Robot, FSD, Superchargers, retail centers, or the smaller vehicle out of Shanghai. I don’t imagine he’ll talk about 4680 batteries or AI/machine learning hiring.

Over the last two weeks, I wondered how Tesla’s Q4 2021 revenue would compare to the 30 components of the Dow Jones Industrial Average (DJIA for short). Coincidentally, I read a Say.com question from retail investors for Tesla’s conference call regarding the DJIA. The question is as follows:

“Stock Split: Can we please get a stock split? It has become harder to buy Tesla stock over $1000 for us retail investors. Also, it would be good be part of Dow Jones Industrial index.”

(To those retail investors unable to buy a full Tesla share, I say switch your account to another brokerage. Fractional shares are common now, thanks to the exploding popularity of trading during the pandemic.)

What Dow Components Does Tesla Exceed in Quarterly Revenue?

All estimated revenue numbers are from Estimize.com. I estimate Tesla’s Q4 2021 revenue to be close to $17.5 billion. Estimize.com gives Tesla a revenue point estimate of $16.690 billion, with a range of $11.250 billion to $23.250 billion for Q4 2021 revenue. We can see Tesla’s Q4 expected revenue exceeds 17 Dow components. These include well known companies such as Nike, Coke, Goldman Sachs, Visa, and American Express. Based on revenue, would Tesla qualify to be in the Dow? The short answer is: yes! S&P 500 may not consider Tesla a blue-chip yet, but we all will, given time.

Two of the largest manufacturing companies in the Dow are Boeing and Caterpillar. They are estimated to have Q4 revenue of $16.48 billion and $13.165 billion, respectively. If my estimates are close, Tesla will exceed both. I was astonished when I first realized this fact. Tesla didn’t exist 15 years ago. Boeing traces its origins to 1916, and Caterpillar was started in 1892! If the Dow added Tesla to its index, it would be the second largest manufacturer present, behind Intel. Because the Dow is a price-weighted index, Tesla would have the highest weight. That’s probably a no-go at this point, and a good reason to split the stock some time in the future. Tesla’s growth in a short time is tremendous.

Conservatively, if Tesla grows 50% next year, its Q4 2022 revenue of $26.25 billion will exceed Intel, Johnson & Johnson, Proctor & Gamble, and The Walt Disney Company. That means there is a good chance Tesla exceeds 21 Dow components in revenue by the end of the year. A lot of growth is needed to overtake fossil fuel champion Chevron in the energy space. Give it a few more years, and that will happen. The purists and haters will argue Toyota, Ford, and GM all have more revenue currently. I agree. All three won’t be added to the Dow anytime soon. GM was kicked out when it declared bankruptcy. That doesn’t take away from Tesla’ accomplishments. Singlehandedly, Tesla has become a manufacturing and technology power house, against all odds. It is only a matter of time before it catches Toyota, Ford, and GM in revenue. The largest Dow companies by revenue are Walmart, Apple, and UnitedHealth Group. Tesla has a long way to grow to catch them. Thinking about that, though, note that Apple has been around for more than 40 years.

However the earnings and revenue look when reported on Wednesday, whatever the stock does or Technoking Elon Musk says, let’s celebrate Tesla’s achievements. It has pushed and pulled humanity towards a better future. Since 2022 resembles 2021 and 2020, with no end to the pandemic in sight, any good news is reason to be grateful. Wishing my readers a Happy New Year in 2022!!

Note: I currently own Tesla shares and options, with plans to buy more in the next week. Nothing written here is investment advice. Nothing. Presume it was deleted from memory after reading.