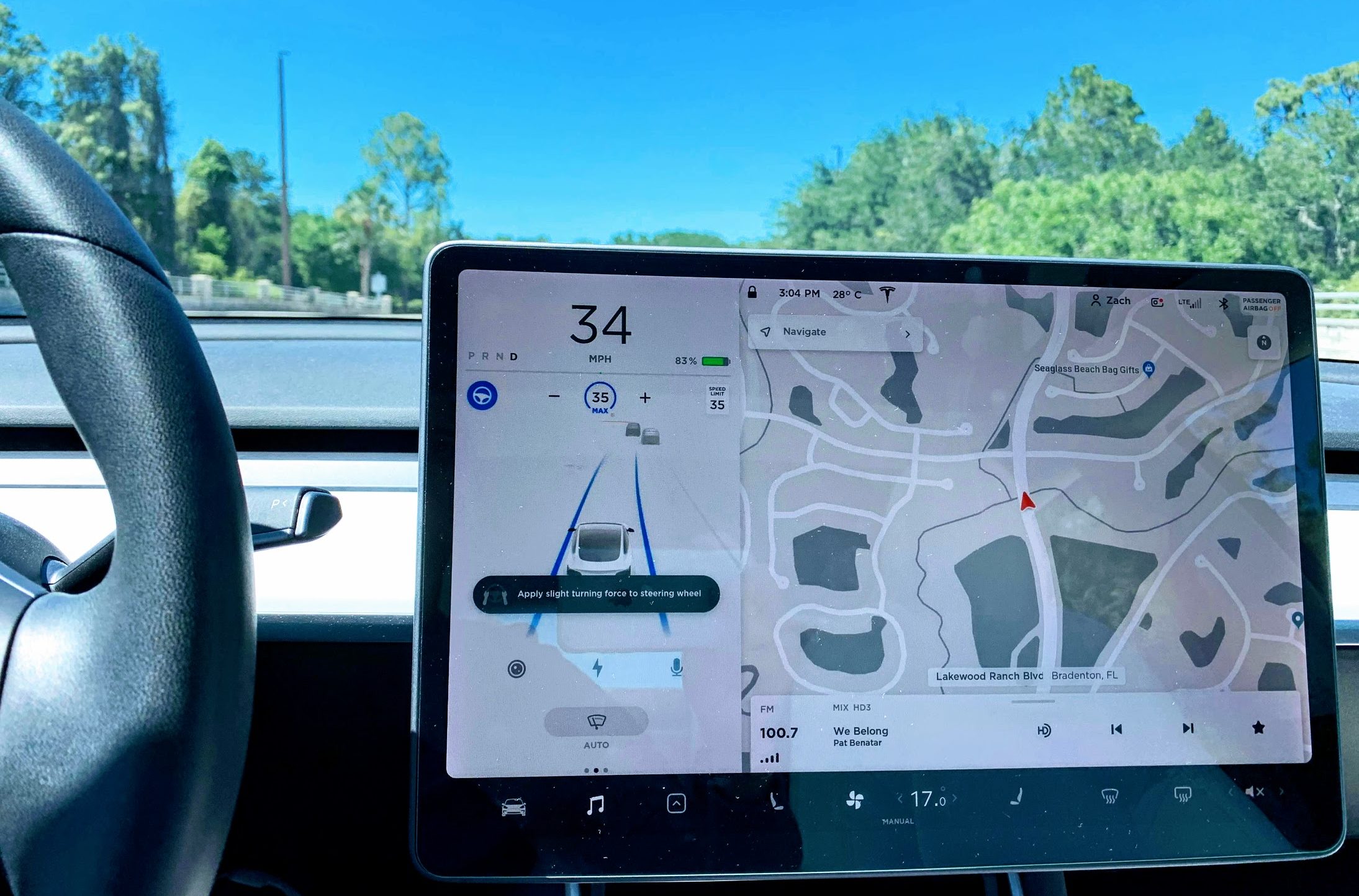 In mid-2019, I bought a Tesla Model 3 SR+ and decided to get the Full Self-Driving (FSD) option. At the time, the expectation put forward by Tesla CEO and Technoking Elon Musk was that FSD would be “feature complete” by the end of 2019. That didn’t mean robotaxis or even robotaxi-level FSD. It basically just meant that the car would be able to drive from point A (my driveway, for example) to point B (e.g., Target, Whole Foods, the park, etc.) by itself but with my supervision.

As we all know, only a few thousand Tesla owners have the update with that capability today. Around the time I bought the Model 3, Elon and the Tesla Autopilot team decided that the whole system needed a rewrite to focus on labeling videos across time rather than just labeling static images and training the software to learn from that input. With that rewrite, it was again expected that the FSD system in my Tesla would be updated by the end of 2020 to become feature complete. It’s about to be May 2021 and I’m still waiting (patiently waiting, I should emphasize).

I have gotten a number of new FSD features since buying the car, as I reported at the time I got the updates. The biggest one is that the car can now automatically stop at red lights and stop signs when Autopilot is engaged. While that’s a cool feature, it ends up that I don’t use it much because the car wants to start slowing down later than I do and then use the actual brakes (rather than just letting regen braking do the job). Also, it can be a bit jittery/jerky at lights when you approach from a curving road or such, which is not particularly fun. Still, getting the features was cool and fun since they were signs of progress toward the end goal — full self-driving capability.

What I do use a ton is Lane Keeping (+ Traffic-Aware Cruise Control), but that is a basic feature with a Tesla — not something extra you have to pay for FSD to get. And there is the Automatic Lane Change feature, which I do use a little bit for enhanced safety or more convenient lane changing. There are times when I really appreciate this feature, but it can also be jittery, so I mostly change lanes myself. It is certainly not a $6,000 feature.

It seems many Tesla owners who bought FSD when I did or even earlier are not happy with the level of progress. I’ve seen a number of complaints about it, including repeated complaints indicating that some buyers are very unhappy that they don’t have more features yet. As you can see in the headline, I’m not in that camp (even though I do really want the FSD Beta update and am disappointed I don’t have it yet, especially since I thought I was going to get it months ago, or even a year+ ago if we’re counting the end-of-2019 expectations). There are three core reasons I’d still pay $6,000 for the features if I had to do it all over again.

2. I am still eager for “feature complete” FSD — even if it isn’t robotaxi level, it seems to me that the level FSD Beta is at right now is very good and useful, much more so than the limited features I have at the moment. I believe (and hope) it will also mean a notable improvement in safety.

3. I still expect Tesla to crack the robotaxi-level FSD nut in time, and I’m planning to keep our Model 3 long enough that it benefits from that and can operate as a robotaxi. If that is the case, I think the $6,000 will have been well worth the investment. If this never comes about — because the edge cases are never-ending, the neural nets are not as good at learning as many of us believe (Elon and myself included), and regulators never deem my Tesla Model 3 to be capable of such service — then I will be disappointed and decide my expectations were too high. Nonetheless, even benefits #1 and #2 might have made the 2019 expense worthwhile.

Naturally, some people are aligned neatly with me on this topic, some think I’m a moron and can write their rebuttal if they wish, and some think there’s no question about it, we will have Tesla robotaxis next year. That’s fine. We don’t live in North Korea or Trumplandia, and everyone can have and express different opinions on this. Though, I do think my reasons above are logical. 😀