Procter & Gamble (P&G), the parent company of many, many brands that we all use, is aiming for 100% recyclable packaging by 2030 — Downy, Bounce, Pampers, Tide, Gain, Gillette, Dawn dish detergent, Vicks vapor rub, and Mr. Clean are just some of the brands under P& 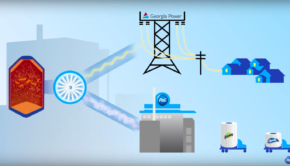