The computer failure at the Federal Aviation Administration (FAA) that caused a nationwide pause on all domestic departures Wednesday January 11th, 2023 is a clear indicator that the maturation of DATC (digital air traffic control) may be slow and fraught with challenges. The site FlightAware, which provides real-time data on aviation, indicates that 6,139 flights have been delayed or canceled in the US as of 10:45 AM Eastern Time, which is a major impact. All commercial aviation was halted.

The FAA’s Notice to Airmen (NOTAM) system, which is responsible for sending out flight hazards and real-time restrictions to pilots, experienced an outage due to a software issue. This caused a disruption in flight operations and highlighted the critical importance of the NOTAM system in maintaining safe and efficient air travel. As an official said, “The FAA system that failed is overdue for replacement.”

The NOTAM process has been in place for many decades, and it’s been used to disseminate information about hazards and restrictions that may affect the safe operation of flights. The NOTAM system is based on international standards and procedures established by the International Civil Aviation Organization (ICAO), a specialized agency of the United Nations. NOTAMs have traditionally been distributed in paper format or through radio communication, but with the advent of digital technologies, the FAA and other aviation organizations have been modernizing the NOTAM system to make it more efficient and user-friendly. This includes the use of digital platforms to access NOTAMs and the development of new technologies such as the NOTAM Distribution Service (NDS) that allow for the automation and sharing of NOTAM information between different systems.

One of the most obvious questions is whether the system failure was the result of a cyber attack. After all, the FAA’s systems are a critical infrastructure and a potential target for cyber criminals and nation-state actors. According to an official, “As of now, the assessment is the failures are the result of a “glitch” and not something intentional. All possibilities are being looked at to ensure that the FAA systems were not breached.” However, it’s important to note that many cyber attacks are designed to look like glitches in order to evade detection. It’s also worth considering that there are many potential suspects who could have been motivated to carry out a cyber attack on the FAA’s systems. These could include criminal hacking groups, nation-state actors, or even disgruntled employees or former employees.

I suspect that it being a glitch is more likely than a cyber attack. One of the more painful parts of my career was being one of the primary legacy modernization experts and practitioners for Canada, and then continuing to do aspects of that internationally in Latin America and Asia. Modernizing legacy IT systems is a significant challenge for organizations as it often involves updating or replacing systems that have been in use for decades. These systems are typically built on outdated technology, including technology which has been out of service for years, and have evolved over time to include a large number of customizations and integrations that are unique to the organization. Additionally, these systems are often integrated with other mission-critical systems and applications, making it difficult to make changes without risking the disruption of business operations.

One of those efforts was with NAVCAN, a Canadian company providing navigation data management and software services to the aviation industry. It works with different organizations such as airlines, airport authorities, and flight training centers to manage, distribute, and process aeronautical navigation data, including NOTAMs, weather data, and aeronautical charts to ensure that the data is up to date and accurate for flight operations. Working with it over a decade ago, I helped propose a program structure, solution architecture, governance model, and team to modernize its air traffic control flight segment billing solution, then helped launch the program and dropped in regularly to assist the team past specific hurdles before being pulled off to São Paulo, Brazil, to work down there for different clients. Years later, a team member shared with me that they’d delivered successfully after many trials and tribulations, including adding a complete complex 3D visualization layer.

One of the biggest challenges of modernizing legacy IT systems is ensuring that the new systems are able to interface with existing systems and data, which often requires a significant amount of re-engineering, testing, and validation. It also requires a careful planning and execution of the process. Other challenges are the budget constraints and competing priorities that organizations may face, as it can be difficult to make the necessary investments in modernizing legacy IT systems while also addressing other pressing business needs. Many of the firms I dealt with had very large portfolios of old systems stumbling along, and very little money to deal with it.

The FAA has faced criticism in the past for underfunding its IT infrastructure, modernization, and upgrades. These systems are often built on outdated technology, which makes it more difficult to adapt to new technologies and changing requirements. For example, in 2019 the FAA faced criticism for underfunding the development of the new satellite-based navigation system, known as NextGen. The program was budgeted for $40 billion, but it was estimated that the cost could reach as high as $70 billion and the timeline for completion was delayed by several years. It’s not just the NextGen system, there have been other modernization and upgrades that faced budget shortfalls. This can be a problem because underfunding IT infrastructure and systems can increase the risk of system failures and can lead to greater expense in the long run.

Next week, I’m speaking with Professor Bent Flybjerg, BT Professor of Major Programme Management at Saïd Business School at Oxford, Villum Kann Rasmussen Professor and Chair, IT University of Copenhagen and author of the upcoming book How Big Things Get Done. He and his co-author, Dan Gardner, had reached out to me to ask for permission to include my material on the natural experiment in China between the ability to rapidly deploy nuclear vs wind and solar, and we’ve kept in touch. I’ll be hosting him on CleanTech Talks, and I’m sure this FAA NOTAM failure will be an excellent jumping off point for discussion of the challenges in major programs of all sorts, including accelerated decarbonization through infrastructural projects like renewables. 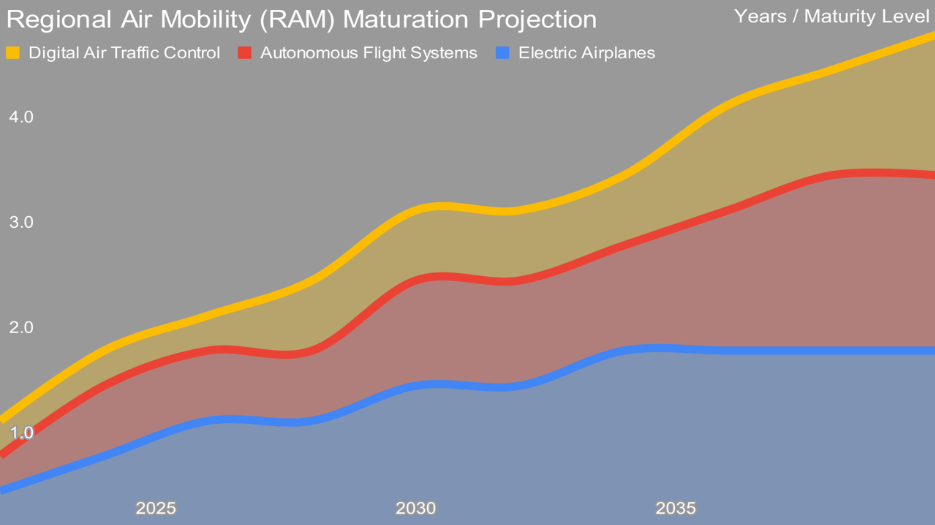 As a reminder of how important the DATC is, in one of my discussions with Kevin Antcliff, aerospace engineer and former NASA employee, now with XWING building autonomous aircraft control systems, we identified DATC as one of the four areas of maturation of aviation in the coming years. Our focus is on regional air mobility, where electric aviation provides such radically different operational cost models that it will enable us to activate the thousands of smaller airports dotted around North America and Europe in a mesh network of low-carbon aviation displacing some of the high-carbon hub-and-spoke aviation that exists today.

Antcliff highlighted that one of the biggest challenges facing the maturation of DATC is the need for interoperability between different systems and the integration of new technologies with existing infrastructure. That’s the reason why, in my opinion, it will be the slowest portion of the required systems to come into widespread use. After I published this model initially almost a year ago, some comments indicated that they thought I was being too optimistic at suggesting 2040 before full maturation. The NOTAM incident supports that caution, and is a strong reminder for the need of rigorous testing and validation of new technologies before they are implemented in a live environment to avoid disruptions and ensure safety.

The FAA’s NOTAM system failure serves as a reminder that while the benefits of DATC are clear, the path to full implementation and acceptance will be neither smooth nor quick. It will require a concerted effort from all stakeholders in the industry and a willingness to invest in and fully embrace the technology.

This article was written with the assistance of ChatGPT and the image decorating it was created by DALL-E.