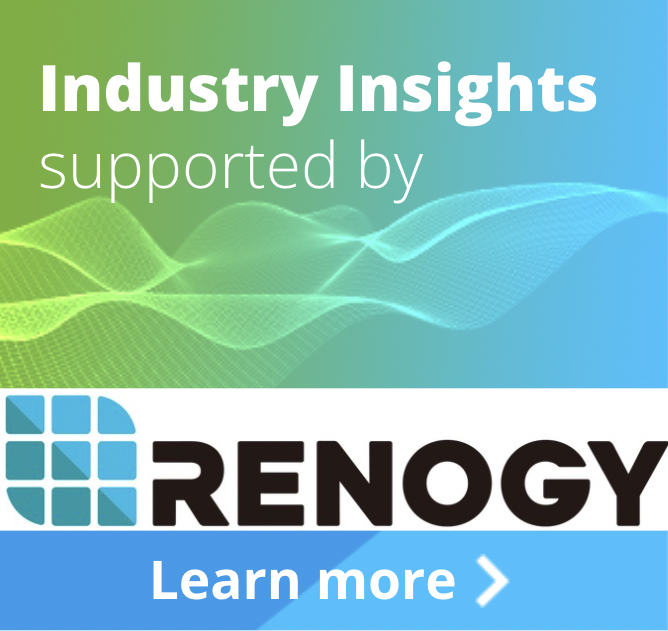 Over the past two years, a new global energy crisis has come into being. The impact it’s having is profound and has overwhelmed both governments and people — and the effects are still coming. What kind of crisis are we dealing with and what are some of the solutions we can bring to help solve these issues? And, for households, how can they reduce the impact of rolling blackouts and other power outages we’re continuing to see around the world?

In this article, we believe that DIY solar power system has shown us the way to go.

The World Is Undergoing An Energy Crisis

As the COVID-19 pandemic burst into our lives, it broke the balance of the supply and demand chain of oil production. People didn’t travel and move about their cities the way they had before, which then the global supply chain that spread, having an adverse impact on petroleum supply.

In other countries, the effects are localized and unique. For example, Brazil is facing the worst drought in generations, which is threatening the supply of electricity to almost two-thirds of the population, limiting their ability to “bounce back” from COVID.

The ongoing Russia-Ukraine war exacerbates the predicament that these countries find themselves in. The bilateral conflict between Russia and Ukraine “has had far-reaching impacts on the global energy system.” And “it has pushed up energy prices for many consumers and businesses around the world, hurting households, industries, and entire economies,” commented Dr. Fatih Birol, executive director of International Energy Agency.

The general public is bearing the brunt of these impacts. Without access to consistent fuel supplies to generate electricity and energy utility companies are failing to provide consistent service to the most vulnerable populations, with a number of areas suffering frequent power cuts, which heavily disturbs their ability to work, communicate, and maintain a stable peace of mind.

Electricity Is More Critical Than Ever

In this connected age, electricity means more to more people than ever before. A sudden power outage can wreak havoc on traffic patterns, cause industrial production stoppages that can devastate local economies, and prevent thousands of companies in corporate offices from conducting transactions that might be worth millions of dollars.

Without electricity, people can get trapped in an elevator, walk in pitch darkness at night, and find themselves unable to drive — both because they can’t charge electric vehicles or get gasoline from the electric fuel pumps at the corner gas station.

Elsewhere, electricity means life and death. For example, the snow storm assailing Texas months ago had led to a large-scale power outage lasting for days, in dangerously freezing conditions. Many people asked for help through social media, saying that the loss of power was threatening the lives of their loved ones who rely upon access to medical devices to sustain their lives.

Is There a Way to Stop The Energy Crisis and Prevent Power Cuts?

According to World Economic Forum, “the answer is not additional fossil fuels, but instead putting efforts into the energy transition.”

The U.S. Department of Energy, too, says that, “The advantages of renewable energy are numerous and affect the economy, environment, national security, and human health.”

Renewable energies would be our final orientation. Renewables such as wind power and hydroelectricity have been put to use for many years. But they are not suitable for household use. Many studies prove that solar power is the most accessible, stable, and abundant power. Existing technologies have made solar power systems affordable and easy to set up. Also, it is estimated that solar energy will add about 46% of utility electricity generation to the U.S. Considering the need of households, DIY off grid solar system will be the best way to tackle the current energy crisis as well as prevent power cuts.

How To Use Solar Power?

Solar panel systems can be divided into grid-tied and off-grid PV systems. The off-grid is the only type that can store energy independently, which allows you to use electricity from the solar power bank at any time. When your neighbors are out of power, you can still have your lights and screens on. That’s the magic time of the off grid solar system.

Off-grid solar panel systems allow for DIY setups. There are many off grid solar kits including all necessary parts and units sold online, such as the solar panel, deep cycle battery (or gel battery), solar inverter, charger controller, etc. You will just need to calculate how much energy is required to sustain your home (use a solar power calculator to do the math) and buy the right off grid solar system. You can install the system on your roof by yourself or with the help of professional installers. When everything is set – bang! – you can start your solar journey right away! In no case will you be afraid of storms, high winds, cold snaps, and heat waves raging outside, any weather that can threaten the normal power supplies.

Going off-the-grid is eco-friendly as it doesn’t rely on burning fossil fuels that end up polluting the air. It helps minimize the harmful effects of electricity on the environment. Moreover, it helps relieve the energy crisis.

Consumers can be curious about how long do solar panels last and worry that solar systems will weather in the sun. That’s understandable, because solar systems are often expensive and people will expect reliable and long-lasting performance from the PV system they’ve decided to invest in.

The good news is that solar systems easily outperform most people’s expectations. They are literally designed to bake in the sun, in all weather conditions, using unique material solutions that make them strong enough to withstand intense and prolonged sunlight. A solar system is composed of relatively few parts that are fixed tightly. Consequently, the design ensures that Solar panel maintenance will be the last thing you need to worry about.

Therefore, off-grid solar panel systems are reliable and the panels are not easy to crack. Once you invest in a PV system, you can expect it to serve for years to come. Fewer than 5% of solar panels are likely to fail each year during their lifetime.

As technology advances, solar panels are getting better and better, as well. Looking back to 1883, when the first solar cell was born, its energy conversion rate was only 1 to 2 percent. By comparison, modern solar cells have achieved an efficiency of 20 percent.

Solar power system was not affordable until 1970, when an energy crisis attacked the U.S. At that time, spurred by the crisis, the federal government was committed to making solar affordable for public, and thus took many measures to lower the costs of solar panel systems. Due to the solar tax credit issued in 2006, the solar system installations had gained an average annual increase of 50% for the following 10 years.

The efforts to make solar panel systems more affordable are still going on nowadays. For example, professor Anita Ho-Baillie from a university of Sydney is working on the next generation of solar cells that will go beyond silicon and beyond current efficiency limits. She has discovered that metal halide perovskite can be the future of solar panels. Using the material to make a solar cell takes only two days, seven times less than employing silicon. What’s better, perovskite cell is ultra-thin, lightweight and can be semi-transparent, all of which allow it to apply to a wide range of uses. Its efficiency had reached 25.5 percent in 2020, and it is estimated that it could soon reach 30 percent. The real problem is that unprotected perovskite degrades easily through heat, moisture, and humidity.

Renogy is also working on making solar panels more accessible to homeowners. Since 2010, Renogy has been committed to changing the way the world uses energy. They focus on solar technologies, continuing to enhance the efficiency of solar panels, improve solar lithium batteries, upgrade the solar inverter, and more. They’ve now owned a long list of patents. In their online store, you will find portable solar panels for home, off-grid solar kits, MPPT solar charge controller, AGM deep cycle batteries, and more – all the best solar units for a convenient off-grid life. Best of all, they keep all products at an affordable price so more people can join the green life together.

Live With Nature In Harmony In addition to being an emergency backup power source, off-grid solar power allows us to live in harmony with Nature. Trent and Whitney’s story is the best example. Desert conditions are hard to adapt. But so far, they have lived in the middle of the Mojave Desert for over one year, with three dogs and one cat. Their home is a yurt, which was built all by themselves from scratch. They also set up the off grid solar system independently, using Renogy’s 48V system with 12 panels. The idea of the off-grid life came from Whitney, who is adamant that one could live in harmony with nature and self-sustainability in the future.

“The number one reason we chose to go off-grid was to help the environment. We wanted to do our part. We have a Renogy 48V system with 12 panels to power our yurt…With the right system installed and designed, gathering natural resources on your own is easier than you think.”

This article is supported by Renogy.