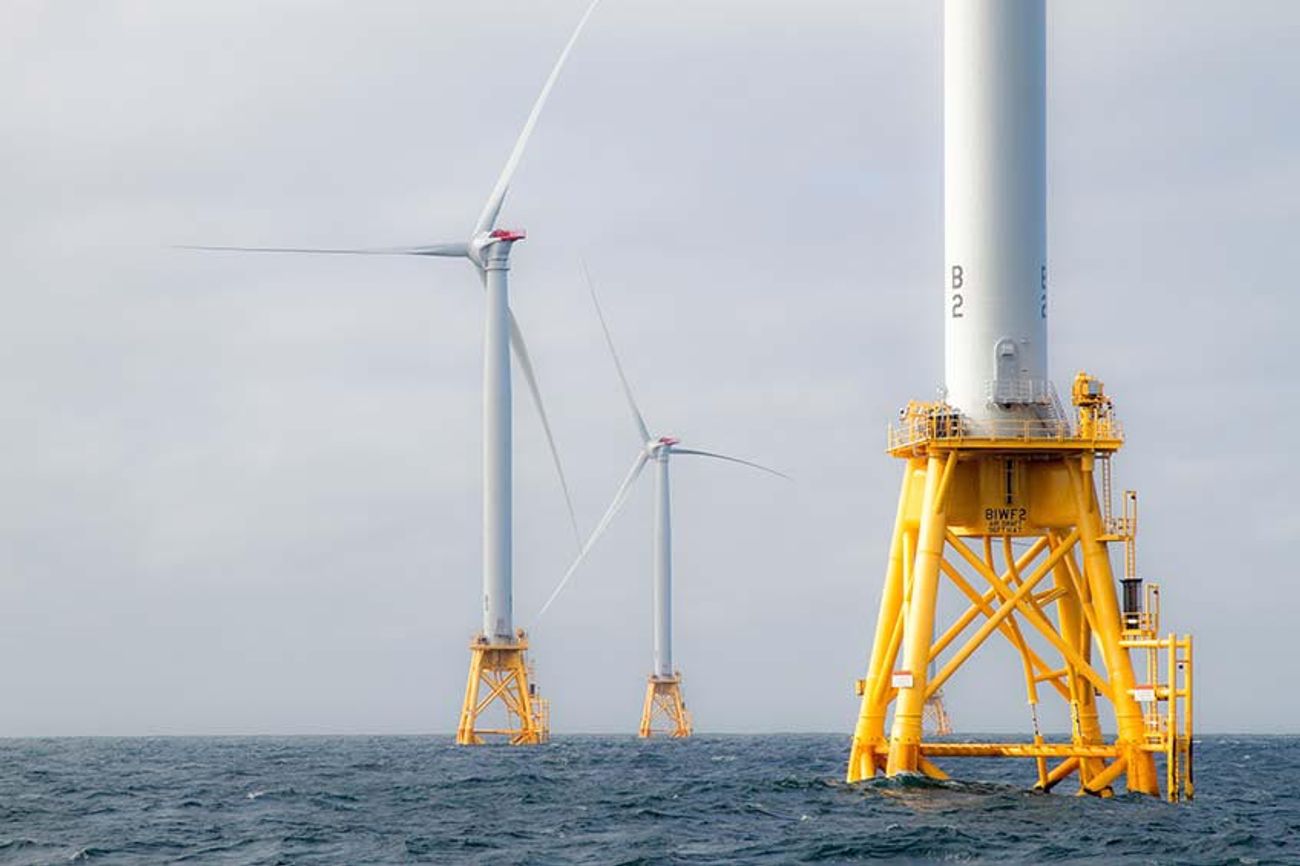 Block Island Wind Farm off the coast of Rhode Island is the first offshore wind farm in the United States. Photo by Gary Norton, U.S. Department of Energy

Rhode Island is the latest state that has committed to 100% renewable electricity. Earlier this week, Governor Daniel McKee made it official by signing the bill into law that commits Rhode Island to get 100% of its electricity from renewable energy sources no later than 2033.

Solar power is going to be a big part of any 100% renewable energy commitment, but something that surely gave Rhode Island a big boost of steady, clean power is the Block Island Wind Farm, the first commercial offshore wind power project in the United States. More offshore wind power could make a big difference in the decade to come as well. “Rhode Island’s offshore winds are powerful enough to produce eight times the amount of electricity demanded by the state’s people and buildings,” Environment California commented. (Why California is chiming in, I don’t know — but I like it.) Rhode Island is nicknamed the “Ocean State,” so it’s only apt for the little state to get more power from ocean winds.

“In advance of Rhode Island’s decision to commit to 100% renewable, Former RIPIRG Advocate Kate Canada sent [Environment California] a photo of this campaign brochure from 2014, when RIPIRG was campaigning for a renewable portfolio standard in the state.” Hard work and the long game can pay off.

“In January 2020, then-Gov. Gina Raimondo signed an executive order with a goal of 100% renewable energy in the electricity sector and In the 2021 legislative session, legislation to codify that goal failed to pass both legislative chambers. This year, it passed.”

Ah, here we get to California’s role in all of this. “In 2018, Environment California enlisted the support of thousands of engaged citizens, hundreds of organizations, and dozens of lawmakers to win the symbolically named Senate Bill 100, a state-wide commitment to 100% zero-carbon energy by 2045.

“California’s new law set off a wave of climate action in other states. In 2019, New Mexico and Washington signed similar bills into law. By mid-2021, nine states had enacted 100% legislation, including Maine, New York, Virginia, Oregon, and Illinois.

Kudos to Rhode Island for being more ambitious and choosing a much earlier target than 2045. Perhaps California should revisit its commitment now that another nine states have followed their lead and in some cases dramatically improved it.

“In 2018, we set a goal for ourselves of getting 10 states to make a legislative commitment to 100% clean or renewable energy by 2023. At the time it felt like a BHAG — a Big Hairy Audacious Goal, to borrow from business school lingo, designed to stretch the idea of what’s possible,” said Johanna Neumann, Senior Director of Environment America’s Campaign for 100% Renewable Energy. “The fact that we’ve hit that goal 1 year early suggests that we can be even more ambitious in our goals to repower the world with energy sources that don’t pollute and never run out.”

Appreciate CleanTechnica’s originality and cleantech news coverage? Consider becoming a CleanTechnica Member, Supporter, Technician, or Ambassador — or a patron on Patreon. Don't want to miss a cleantech story? Sign up for daily news updates from CleanTechnica on email. Or follow us on Google News! Have a tip for CleanTechnica, want to advertise, or want to suggest a guest for our CleanTech Talk podcast? Contact us here.
In this article:Rhode Island

If governor signs bill, the Ocean State will have nation’s fastest timeline to power state solely with renewables.