When Ford announced that its first-ever all electric Mustang would be a four-door “crossover” style SUV, a very vocal contingent of gatekeepers took the internet to decry the Mach-E as “not a real Mustang”. Much ink has been spilled since, of course – but the question being asked, ultimately, was a valid one: If I like my V8 Mustang, will I still like an electric Mustang? Well, after a week spent behind the wheel of a Mustang Mach-E Premium AWD, I think I have an answer.

That answer is: maybe!

What’s Not To Love Admittedly, my own experience with a “real” Mustang is clouded by nostalgia that’s well over twenty years old – but that might just make me the ideal candidate for a Mustang Mach-E. “Imagine a person who had a Mustang when they were younger,” says the imaginary Ford marketer, pitching the idea of an all-electric Mustang crossover to a slightly incredulous board. “They probably loved that car, and might think about buying a new one from time to time. Ultimately, they don’t, because a rear-wheel drive, two-door sporty coupe doesn’t fit into their lives anymore. They have kids, a house in the suburbs, a mortgage – they want a Mustang, but they need something practical. The Mach-E gives them both!”

Let’s talk about my Mustang, then. It was a 1987 Fox-body GT with the 5.0L V8 rated at a claimed 225 hp – rocket-fast in its day – that my aunt had bought new, and which made its way to me a few years later. I ruined the car, as dumb kids are wont to do, but it still holds a special place in my heart. So much so, in fact, that a visually identical black/silver two-tone Mustang is my go-to track weapon in Forza.

Similarly, my recent string of long-roof Volvo cars gets more attention than it probably should in these pages, and I’ve grown accustomed to the flexibility those wagons and SUVs give me. I like them, too.

So, is the new Ford Mustang Mach-E the perfect car? The one that tugs on all the right heartstrings for Jo Borrás to drive down to the Ford dealer? Not exactly, and I’ll get into why in just a moment – but before I do, I’ll spoil the ending: the Mach-E is not for me, but I think you should definitely get one. Mustang Mach-E interior, by the author.

The front seats in the Mustang Mach-E seem pretty flat for a sporty car, regardless of how many doors it has. Don’t get me wrong, the Mach-E’s seats are better than the ones found in the Ford Maverick. They’re both comfortable enough and not any less contoured or supportive than the red plaid seats in my ’87 were, so it feels a bit weird to complain. That said, it’s a matter of context, isn’t it? The seats in a Tesla Model Y or Volvo C40 – the cars I think of as the most likely Mach-E competitors – are much more supportive.

That idea that Tesla’s Model Y is the “benchmark car” here is confirmed by looking up. From just about any seat in the Mustang Mach-E, the view skyward is clear and crisp, thanks to the full-length glass roof. Full-length glass roof, by the author.

If you like these glass roofs, this is a good one. Tinted just enough to keep the sun from feeling like it’s aiming directly into your brain, but not enough to spoil the view, it gives an uninterrupted view up – and the literal first thing I did when I got in the car was start looking for a button to close it.

Admittedly, this might be a genetic shortcoming, because my daughter’s first question upon climbing into the back seat was, “Can you close the roof?” but the answer, in both cases, was “no.” As in the Tesla, there is no way to “close” the sunroof, so I hope you like it. The touchscreen dominates the interior. Inside, the view is dominated by the massive, 15.5″ touchscreen. It’s too big, too bright, and too i-Pad-y for my tastes, and I didn’t like the way the Android Auto and Apple CarPlay apps left a “gap” between them and the Ford “buttons” (see, above).

These Are Ridiculous Objections If you haven’t noticed already, allow me to hang a lantern on it for you: my complaints about the Mustang Mach-E are petty and nit-picky and ridiculous. And, as you may have suspected, I only had a chance to notice all these things because the car itself was just so freaking excellent.

The Mustang Mach-E is smooth and fast, dynamically excellent, and light years ahead of my old live-axle Fox-body 5.0. The handling is better, the body is stiffer, the ride is quieter, the acceleration is much, much more responsive – this is, objectively, the finest Ford Mustang I have ever driven, and that includes the 2010 Shelby GT500 Jack Baruth and I drove to Cedar Point one summer, and I insist that an average driver will be quicker around a track in the Mach-E than the hairy-chested Shelby of a decade ago (how did that happen!?).

When a car ticks every box, then, the question of whether or not it moves you becomes more subjective. Is it a real Mustang? Of course it is – but is it the Mustang you remember? If your Mustang was a late 80s Fox-body? No. It’s too good for that. Too capable. Too slick and polished. If your Mustang was a late-model, turbocharged, Ecoboost Mustang? Maybe! All I really know is that the Mach-E is a near miss for me, but if you’re in the market for a fast, capable, good-looking EV that knows how to hustle its way up the road, you’d be a fool to not give the Mach-E a try, at least.

Appreciate CleanTechnica’s originality and cleantech news coverage? Consider becoming a CleanTechnica Member, Supporter, Technician, or Ambassador — or a patron on Patreon. Don't want to miss a cleantech story? Sign up for daily news updates from CleanTechnica on email. Or follow us on Google News! Have a tip for CleanTechnica, want to advertise, or want to suggest a guest for our CleanTech Talk podcast? Contact us here.
In this article:electric cars, Ford Mustang Mach E, reviews 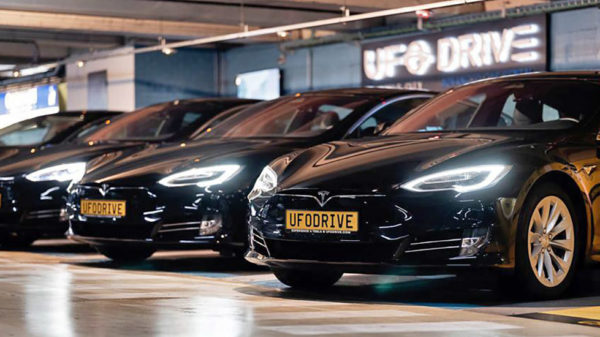 U.S. Department of Energy24 hours ago How Much Are Ford Mustang Mach-E Selling For?

Some months ago, Ford got a lot of press for the unfortunate fact that some dealers were massively jacking up the price of the...