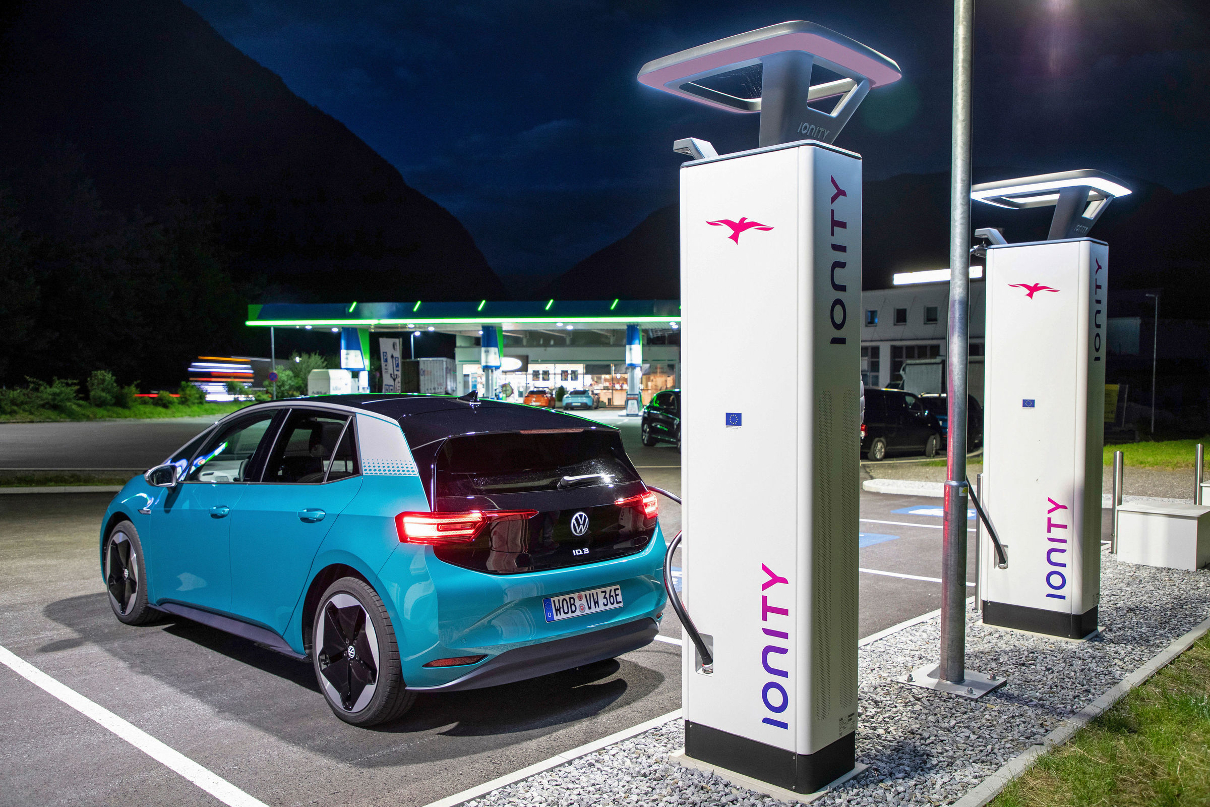 There is more to the EV revolution than building and selling electric cars. Charging infrastructure to meet the needs of all those EV drivers is important too. In a press release this week, Volkswagen outlined some of the advances it plans to offer customers in 2022. Keep in mind that in the new, modern world of over-the-air software updates, those upgrades will be available to current owners as well as those who buy an EV from Volkswagen later this year.

Volkswagen says it will be the first high volume manufacturer to offer its customers a universal, seamless ecosystem for charging their electric cars. Called We Charge, it will offer higher performance, convenience, and sustainability with new charging solutions for home and mobile charging, new functions for the company’s ID. branded models, and bidirectional charging.

“The across-the-board enhancement of the charging infrastructure is decisive for accelerating the ramp-up of the electric mobility campaign. Charging must become simpler and easier to integrate into daily activities,” explains Silke Bagschik, the head of marketing and sales for e-mobility at Volkswagen. “With the new software in our ID. Models along with solutions like Plug & Charge, we as a manufacturer are making a decisive contribution to realizing those goals.”

“Our goal is to ensure that an electric vehicle is capable of being a customer’s primary car without any compromises. That is why we are building a complete charging ecosystem, with residential charging solutions and a rapid expansion of the fast charging infrastructure as well as competent advice, comprehensive charging tariffs, and the right fleet solutions for business customers,” says Elke Temme, head of the charging and energy business division at Volkswagen Group Components and CEO of Elli. “We also have a clear strategic objective. We want to make it possible for the batteries in our electric vehicles to be used on the energy market as flexible, mobile energy storage units. Such energy storage options are essential for increasing the share of renewable energies. In addition, this can also make charging significantly cheaper for customers, and they will then be able to feed their own power into the public grid.”

If you own a Tesla, you have an account with the company linked to a credit card. Need an adapter for your charging cable? Go to the Tesla store and order it. It will be billed directly to that card. Need to use a Supercharger? Just plug in and the system instantly determines who the car belongs to and bills the cost of the charging session to that card as well. No fuss, no muss. It’s easy, seamless, and hassle-free.

That’s not the case for other EV drivers, however. Bjorn Nyland has made a career out of creating videos about the electric car experience. When Nyland leaves home on one of his jaunts, he carries no less than eighteen charging cards with him — one for every charging system account he has opened over the years. That’s nuts!

Now that Volkswagen has created its third generation operating system for its ID. branded cars, it will enable plug & charge technology for its customers who use fast chargers from Ionity, Aral, BP, Enel, EON, Iberdrola, and EViny. Discussions are ongoing with other major partners which may join the new charging protocol soon.

When a driver connects to one of those chargers, an encrypted and secure communication based on the ISO 15118 standard will begin. The authentication process takes just a few seconds before charging starts. Billing takes place seamlesly in accordance with the contract the customer has signed with We Charge.

Volkswagen ID. branded cars can already be conveniently charged in the garage at home using a basic charger or one of two internet connected chargers available from Volkswagen. The next level will be bidirectional charging with a Home Energy Management System, which will be able to manage the power supplied to the charger in order to take advantage of the lowest possible rates for electricity. In addition, it will make it easier for drivers to charge their cars using the electricity generated by their own rooftop solar system.

But the potential is even greater in combination with bidirectional charging, Volkswagen says. With V2G, electric cars can power a driver’s home or provide electricity to stabilize the electricity grid. All ID. models with a 77 kWh battery will have this capability in the near future. An over-the-air update rolled out gradually will be used to make this available for vehicles already delivered as well. A special DC BiDi wallbox will be used for the power transfer and communication.

Also new with the soon to arrive new operating software suite is enhanced online route calculation that performs intelligent multi-stop route planning for long journeys so that the vehicle can reach the destination as quickly as possible. The function uses traffic and route data as well as the desired charge level at the destination to make its calculations. The charging stops are evaluated dynamically on the basis of the charging station capacity and occupancy level. As a result, the route planner may suggest two short high power charging sessions instead of one longer charging session using a lower power charger.

Volkswagen will invest €40 million in 20 new renewable energy installations over the next 4 years. They will generate around 7 terawatt-hours of additional green electricity each year — equal to the output from more than 300 new wind turbines. Much of that electricity will be used to charge the ID. branded cars from Volkswagen using the chargers available from its charging partners.

Volkswagen intends to be climate-neutral by 2050 at the latest. As an interim goal, it is planned to reduce the CO2 emissions per vehicle in Europe by 40% by 2030 compared to 2018. It also plans to make its manufacturing process, including supply chains, climate neutral. This will be complemented by systematic recycling of the high voltage batteries from old electric vehicles.

The goal is complete electrification of the new vehicle fleet in the years to come. By 2030, it is planned that at least 70% of Volkswagen’s sales in Europe will come from fully electric vehicles, which is equivalent to more than one million vehicles. In North America and China, the goal is that electric vehicles will account for at least 50% of unit sales.

These are ambitious goals. In fact, they are more ambitious than those of any other legacy automaker. Volkswagen may have stumbled out of the gate by releasing ID.3s for sale that may not have been ready for prime time, but all of its peers have had similar problems getting their own electric cars into production. No one can say that Volkswagen’s plans and targets are anything but a full fledged commitment to the EV revolution. With luck, its transition to electric transportation will happen even sooner than planned.

In this article:EV charging system, Vehicle To Grid, vehicle to home, Volkswagen (VW)