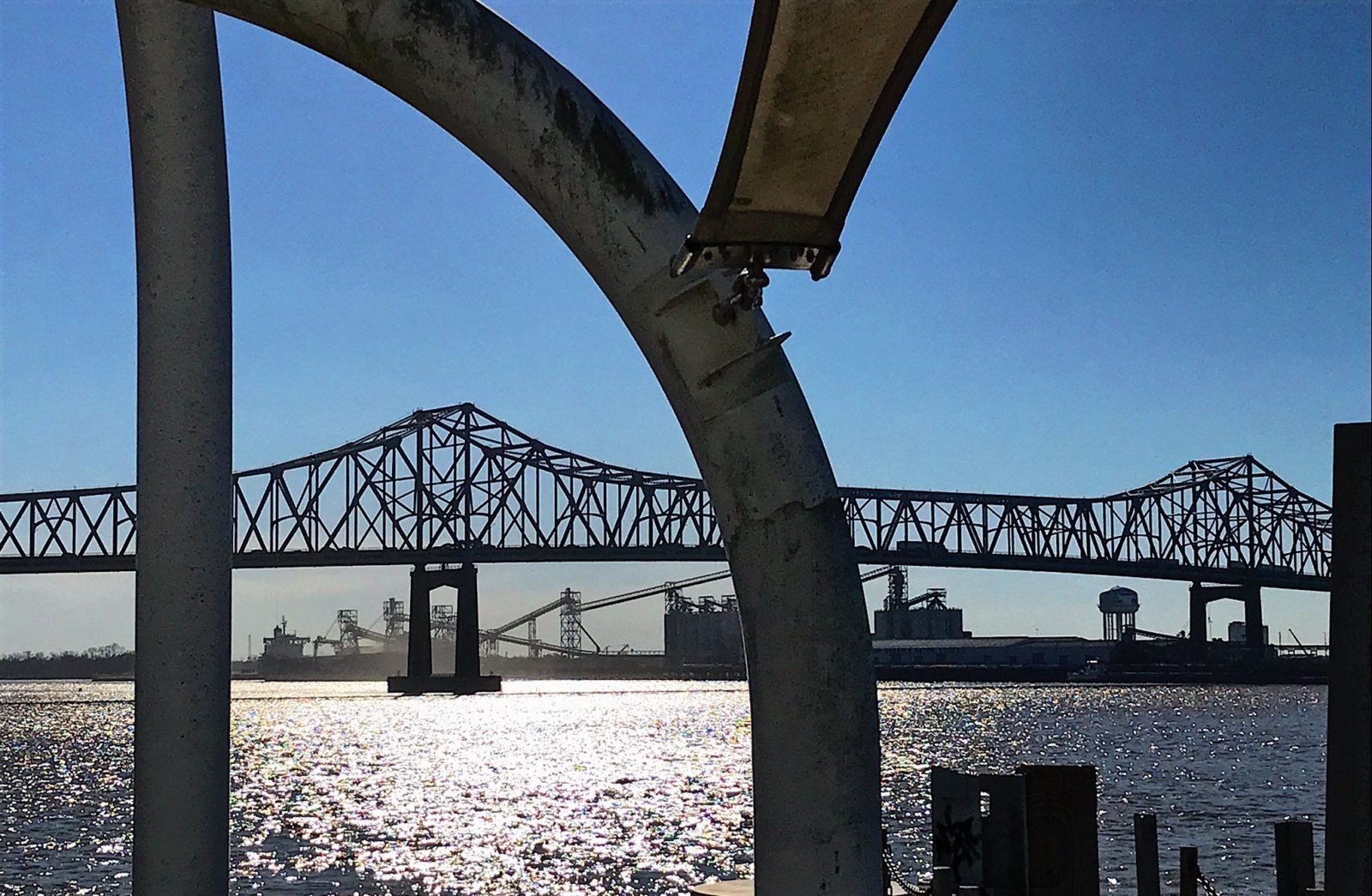 In an opinion piece for NOLA.com, Bob Marshall recently pointed out that climate change would wipe out south Louisiana and pondered as to whether or not our voters cared. He shared a thought from Donald Boesch, a native New Orleanian who’s also one of the world’s leading authorities on the causes and solutions to Louisiana’s coastal crisis. Boesch has a problem with the way climate science news is being reported — it’s not getting enough attention. I have some thoughts that I will add to this later on.

Boesch agrees that both the world and our state are speeding toward serious disasters if human-caused greenhouse gas emissions are not drastically reduced — and soon. However, it seems as if no one really either knows or cares. And by no one, I mean the general public. Marshall emphasized that science is about cause and effect and pointed out a concern that Boesch has: “possible catastrophic scale of those effects are making the public overlook the fact they can be reduced or avoided if the cause is addressed.” In other words, many are seeing it as all or nothing, are seeing the gigantic scale of the issue, and are basically giving up.

“When these articles come out, it’s important to pay attention to the fact that they consistently show this dramatic sea-level rise that could come from polar ice melt in Antarctica and Greenland could be avoided if we actually achieve the goals of the Paris climate agreements,” he told Nola.com.

“The point is: This doesn’t have to happen if we address the cause that is clearly stated in these papers.”

Marshall agreed with Boesch and pointed out that the treatment of the problem is clearly stated. Yet Boesch’s complaint troubles him because the record shows the cause of the problem has been well reported. However, there’s another cause and effect that has been stopping any action.

Marshall pointed out that politicians feel free to delay or block the tough regulations and overhauls needed to reduce the emissions. And the cause? That falls on us — the voters. We haven’t made it a top priority at the polls.

Despite the overabundance of data and information about sea-level rise and greenhouse gas emissions, despite the Paris climate agreement, climate change isn’t that important to our policymakers. Marshall cited a Pew Center poll taken just before the 2020 elections. The poll found that climate change ranks 11th out of 12 issues considered by likely voters. Less than half (42%) of those who answered the survey considered climate change “very important.”

In two other polls, both in 2019, Louisiana voters shared that the majority believed that climate change was real and that it was increasing hurricanes and other weather events. The second poll showed that “97% want their elected officials to prioritize tackling coastal land loss when in office.”

Marshall noted that, to him, this shows that the message about cause and effect is being received by Louisiana voters, yet the matter is not high on their priority list and they keep electing policymakers who don’t care. Many of my state’s elected officials are financially supported by oil and gas contributions, and they spend most of their time worrying about emissions reforms and how they affect the oil industry.

Marshall touched upon the fact that our politicians are supported by the oil and gas industry. I want to share a quick example of this. Louisiana Representative Danny McCormick (Republican) recently introduced a bill that would protect oil companies. He also is oil and gas. He owns M&M Oil in Oil City, and before becoming a legislator, he was a member of the Louisiana Oil and Gas Association, an industry lobbying group. You can read more about that here.

So, let’s keep this in mind. Not only are our state’s policymakers deeply lobbied by this industry that is killing millions with pollution, but in some cases, industry executives are trying to make laws that work in their favor.

Marshall noted that they never mention the need for climate action and that even delaying taking action could allow the Gulf of Mexico to swallow up many of the communities and jobs in South Louisiana. This leads to another issue that Boesch thinks the public needs to be better informed about. If we take action now, it could put off some of those horrifying impacts at least into the next century if not avert them altogether. It could buy the next generation some time.

“We need to act now on emissions while sea level rise is not out of control,” he said. “If we don’t act smartly now, a lot of what we achieve with the coastal master plan could be wiped out before the end of this century.

“What people and policymakers need to understand is that what we do in the next 20 to 30 years will determine whether south Louisiana becomes part of the Gulf or not.”

Before closing, let’s go back to this line:

“Possible catastrophic scale of those effects are making the public overlook the fact they can be reduced or avoided if the cause is addressed.”

To paraphrase what Boesch previously said, the public feels like the issue is too big for them to do anything about it, so they don’t. It’s a helpless feeling that makes one feel as if any action they may take doesn’t matter — we’re all going to die eventually, so why bother? I’ve seen this attitude in my own community and circle of friends. Tossing a piece of plastic on the ground with an awkward laugh, “It’s just a piece of paper. No big deal.”

Growing up in a culture that mocked people for caring about the environment, I used to think it was cool to litter. The toxicity of this culture dictated that if you care, you’re dumb. My mother would scold me for littering, which made doing something wrong all the sweeter. Until I later learned that my actions were harming the planet. Then I was the friend who would never litter and always carried her trash to the nearest trash can even if I had to hold on to it for a while.

The Media Also Plays A Critical Role In Suppressing This Information

When I say the media, I’m not talking about writers such as Marshall or outlets such as NOLA.com. I’m talking about the side of the industry that determines what narrative should be pushed. The media in that sense is an entity that needs to eat and its food is ratings. So unless we have a doomsday scenario upon us, the media isn’t prioritizing climate change or data showing how to solve it. A great example of this is looking back at what happened in Lake Charles last year during Hurricane Laura.

I live in Baton Rouge, and although the storm passed through my city, we were not devastated like Lake Charles and the surrounding areas were. However, once the storm was over, the media moved on. I even wrote an article about it. We literally had a humanitarian crisis here in Louisiana but no one cared. Even Elon Musk donated to several local charities — he found out about it through me.

I, along with many others, took to Twitter to help raise awareness while mainstream media turned its back on those who needed the help — in favor of ratings. We spammed celebrities when they tweeted, Elon included. We used hashtags, and since I have a lot of friends in the Tesla community, many of those pitched in and donated to organizations or shared our tweets and hashtags.

The Mayor of Lake Charles shared a video about the devastation of his city and how the national media turned its back on him. He’d been scheduled to talk on a mainstream media outlet but they pretty much ghosted him at the last minute. I found it odd then as I do now that the national media was refusing to even cover what was happening here. But they had priorities elsewhere.

It should be noted that media as an industry amplifies culture. We see it all of the time, whether it’s talking heads screaming about politicians and music stars or something else. The media has many narratives that it is being paid to push. And, sadly, climate change isn’t paying enough. Again, this isn’t an attack piece on the media outlets or people who write or report on things, but an observation of an industry using its platform to prioritize issues from most important to least important. And the least important are those topics that don’t generate clicks or ratings.

As you’re reading this, I want you to know that your part does matter. Recycle, advocate, do anything we can do to prevent greenhouse gases from entering the atmosphere, whether it’s choosing to walk instead of drive to the store — it all matters.

Don't want to miss a cleantech story? Sign up for daily news updates from CleanTechnica on email. Or follow us on Google News! Have a tip for CleanTechnica, want to advertise, or want to suggest a guest for our CleanTech Talk podcast? Contact us here.
In this article:Bob Marshall, Global Weirding, louisiana, oil industry