The KUKA autonomous EV charger enables hands-free EV charging at just the touch of a button in the app. For the average consumer, automating a task that takes maybe 10 seconds every night is not a major win considering the sheer amount of engineering and robotics work that went into automating the charger. Having said that, the KUKA autonomous EV charger is an absolute game changer when we look just around the corner in time at the need of autonomous fleets. 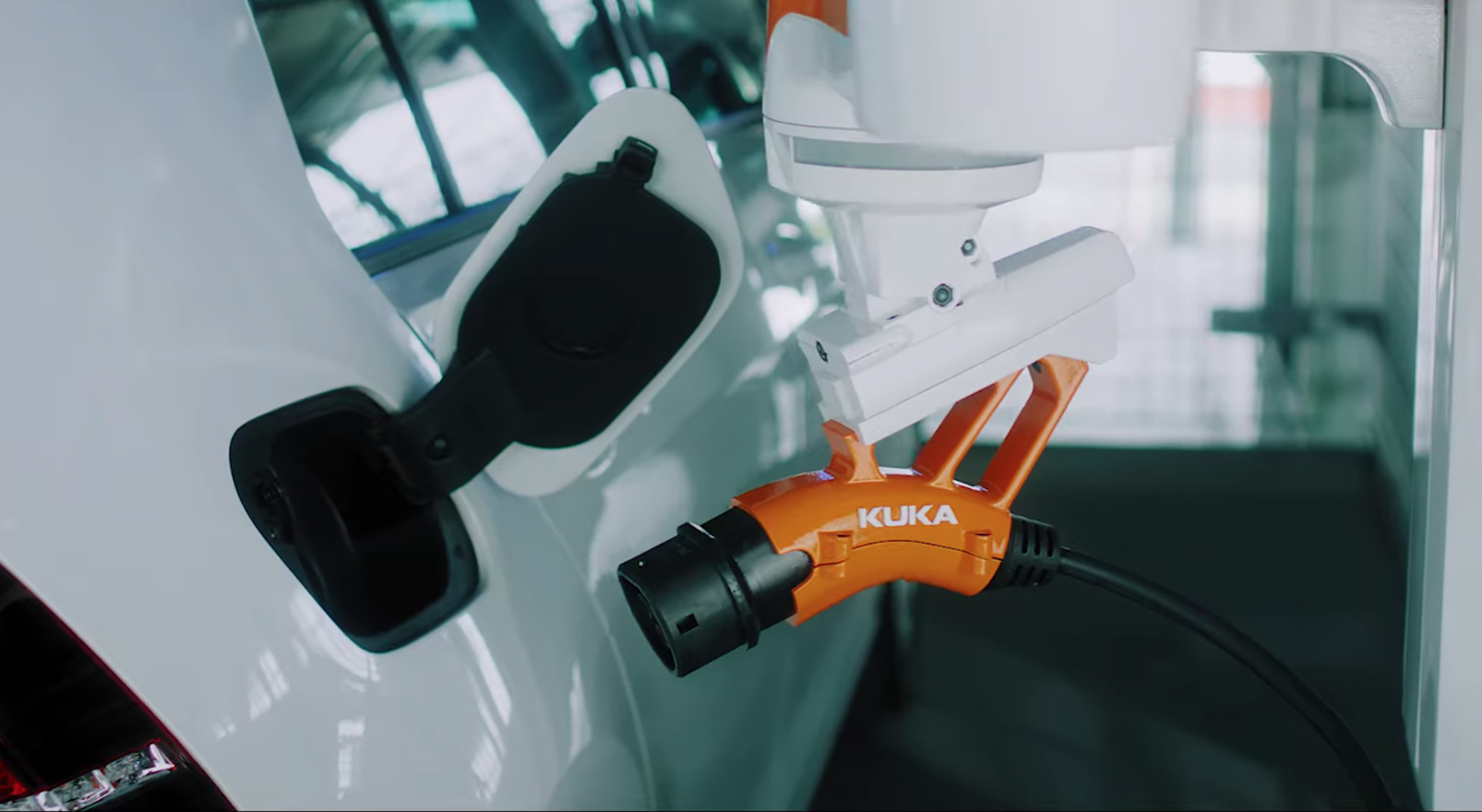 Formally known as the KUKA charging assistant carla_connect, the charger is able to find the charging port on the car and plugin without the need for precise parking on the part of the hardcore humans in charge. The team at KUKA put together a kooky video that projects their vision for how the autonomous charger might be used. In my mind, I envision a robotic charger that can find my charger and plug itself in to complete the whole process entirely on its own, but maybe that’s a feature we can look for in version 2.0.

The video depicts a well-to-do couple with an Audi etron in the garage who realize late in the night that they (he) did not plug in the car. They then race to pull out their smartphones in a race to push the single button in the KUKA app to start the charge. The scene, while corny as all get out, depicts a future I wouldn’t mind living in.

Not having to plug in the car every night probably isn’t something homeowners need automated, but is a welcome addition to the world of public charging. The coronavirus may have captivated the global media for the time being, but it would be nice to eliminate the germ marketplace that any public space that requires regular touches from a wide range of humans on a regular basis.

Looking just beyond human drivers to a world where vehicles drive themselves, we will also need rows of fully autonomous chargers to keep them charged up. There’s no word on pricing yet for the KUKA carla_connect, but you ca be sure that we will be closely watching the space to see how the product evolves as it gets closer to market readiness.

In this article:Automated Charging, Kuka I am always saying how easy charging is. Well, in the Netherlands, ROCSYS, a charging automation company, just made it even simpler. Call it a sign of the times, but many drivers are having a hard time keeping in their lane or parallel parking. Fear not... The German auto manufacturer Volkswagen is expanding its partnership with the robot technology firm Kuka, according to recent reports. The expanded partnership will remain...