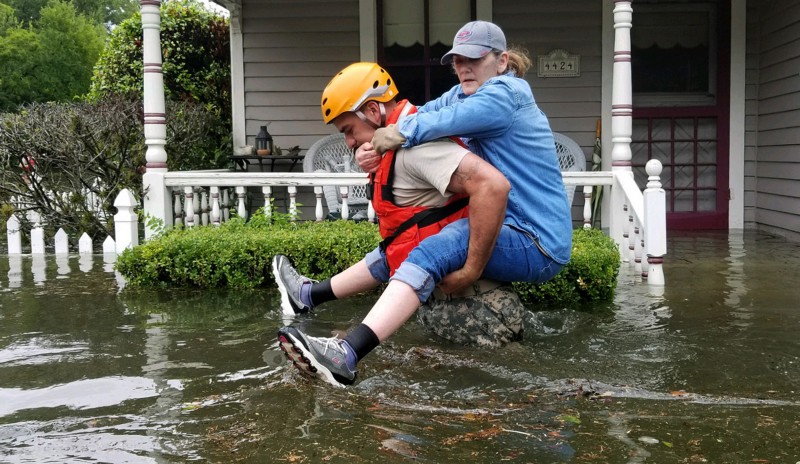 2020 was supposed to be a decisive year for climate action.

Countries were expected to put forward new, more ambitious climate plans (NDCs) in accordance with the Paris Agreement on climate change, kicking off a “decade of ambition.” It was scheduled to be a “super year,” with key events and international decisions for climate, biodiversity and the ocean.

How can countries keep the momentum for #climateaction going as they battle the coronavirus (COVID-19) crisis? Find out in our new blog ⬇️ https://t.co/6C0MnS5ive

As national and local governments are understandably and appropriately focused on controlling the spread of the coronavirus and providing immediate medical and income support to those affected, many plans have been put on hold.

The UN pushed its major climate and biodiversity summits to 2021 and rescheduled the negotiation sessions preceding them. Some countries delayed consultations and processes to prepare enhanced NDCs as they prioritize public health challenges. Millions of climate activists and citizens around the world are now using their keyboards instead of the streets to call for institutional changes for climate action.

At the same time, the effects of climate change – and the threats they pose to human health and economies – have not gone away. Similarly, authoritative scientific findings from the Intergovernmental Panel on Climate Change (IPCC) and Intergovernmental Science-Policy Platform on Biodiversity and Ecosystem Services (IPBES) underscore the need for greater ambition in countries’ climate and biodiversity plans.

So, how can countries keep the momentum for climate action going as they battle the current coronavirus (COVID-19) crisis before them?

We already see some signs of progress even in the midst of our global public health crisis.

Against the backdrop of the 50th anniversary of Earth Day, the Alliance of Small Island States (AOSIS) hosted the Placencia Ambition Forum, bringing together a thousand participants virtually, including environment and other ministers, UN agencies, implementing partners, and representatives from the private sector and civil society. Small island states — among those most vulnerable to the impacts of climate change, and most affected by its impacts — reiterated their commitment to climate action, in particular on energy, transport, resilience and adaptation, and climate finance.

“There can be no cure for climate inaction,” said Belize Prime Minister Dean Barrow. “Accordingly, we must all press for delivery on the promise of Paris […]. Members of [AOSIS] are redoubling efforts to articulate their own NDCs. In light of this, I have to be hopeful that major economies will present even more robust commitments in the coming months.”

At the 11th annual Petersberg Dialogue in April 2020, German Chancellor Angela Merkel and ministers and leaders from the private sector and civil society acknowledged the need to reflate and restore economies through a low-carbon, fair, resilient, and inclusive pathway. As Rwanda’s Minister of Environment Dr. Jeanne d’Arc Mujawamariya said, we “must resist the temptation to revert to or ramp up polluting industries as part of a plan to create jobs.”

Chancellor Merkel reaffirmed her support for the EU’s proposal to reduce emissions 50–55% below 1990 levels by 2030, while rebuilding the economy using the European Green Deal.

Japan’s Environment Minister Shinjiro Koizumi signaled his aim to increase the ambition of the country’s NDC ahead of COP26, after a disappointing submission earlier this month. He also offered to convene leaders to share experiences on ways to recover better and greener. His government’s intent to start a discussion on reforming Japan’s international coal financing through export credits was welcomed, after South Korea’s earlier commitment to end its coal financing.

And G20 finance ministers recently committed to a “strong financial response” to the coronavirus crisis that includes “an environmentally sustainable and inclusive recovery [that is] consistent with the 2030 Agenda for Sustainable Development.”

This was an encouraging step, but mobilization and access to finance remains challenging for most developing countries. As UN Secretary-General Antonio Guterres said at the Petersberg Dialogue: “We cannot allow the heavy and rising debt burden of developing countries to serve as a barrier to their ambition [on the climate].”

These are important steps forward, but we need an even greater response. There are a few ways national governments and others can continue the momentum this year and better advance the climate agenda.

Climate Action in the Time of COVID-19

The coronavirus has shown us the importance of healthy, connected, and resilient societies. We cannot achieve these goals over the long-term without collective climate action. Key climate events may be delayed, but the climate emergency is not.

As UN Secretary-General Guterres said at the Petersberg Dialogue, “They say it’s darkest just before the dawn. These are dark days, but they are not days without hope. We have a short and rare opportunity to change our world for the better.”

We must use the experience of COVID-19 as an impetus to speed up our efforts to secure a safe and sustainable future for all. International cooperation and multilateralism will remain more important than ever. It’s time to reinvent and re-energize the way we cooperate and reach decisions, with a renewed sense of solidarity and urgency.

In this article:COVID-19, pandemics, Paris agreement