Nikola Motor is among several large billion-dollar corporations receiving millions from the Coronavirus Small Business Fund that is meant to support … small businesses. A great example of a small business is my landlady’s small restaurant, Owen’s Deli, which is struggling financially due to Louisiana’s shutdown in order to help prevent the spread of the coronavirus. Nikola Motor?

For those who may not know about Nikola Motor Company, it’s founded and run by billionaire CEO Trevor Milton. The money he received came from the Paycheck Protection Program funds, which were set up to help small businesses cope with losses due to the coronavirus. At least, that’s what the White House said. It’s supposed to be a lifeline for small businesses like Owen’s Deli and struggling employees — not multi-billion-dollar companies such as Nikola Motor, which is valued at more than $3 billion. The valuation happened soon after the company announced its intention to perform a reverse merger with VectolQ. The company’s response: “There’s a difference between a high valuation and having cash.”

“Nikola is a pre-revenue company with a lot of expenses and burn rate is high. Since PPP funds will be used to retain staff, the lifeline follows the spirit of the Act in that we’re preserving high paying jobs,” the company said. The company is also in a war with Tesla over patents and Milton said that, “We will defend our company’s IP no matter who it is.” He mentioned a $2 billion lawsuit that concerns of design of Nikola Motor’s semi truck concept and the Tesla Semi.

Other large corporations that are receiving what should be meant for small businesses from the Paycheck Protection Program emergency funding include DMC Global ($405 million), Wave Life Sciences ($286 million), and Fiesta Restaurant Group ($189 million). Fiesta employs more than 10,000 people, or so it reported in its last annual report, and also received a PPP loan of $10 million. A further 75 companies (at least that many) that received funding are publicly traded companies.

Despite all of the struggles, Owen’s Deli has a food kitchen every first and third Friday of the month for anyone in the area who is hungry. When I was very ill, they even sent me care packages. The seeds that were given to me by Big Green and Kimbal Musk were donated to the deli for our community garden, which Mrs. Green grows fresh veggies for the deli and anyone in the area who wants something.

If you would like to support their bi-monthly soup kitchen, feel free to send them a message on Facebook. You can also check out the glowing review my friend and Model 3 owner Wade Anderson gave when he drove through Baton Rouge last summer. And, yes, I’m in it also.

Don't want to miss a cleantech story? Sign up for daily news updates from CleanTechnica on email. Or follow us on Google News! Have a tip for CleanTechnica, want to advertise, or want to suggest a guest for our CleanTech Talk podcast? Contact us here.
In this article:anheuser-busch, business, coronavirus, Health, Nikola Motor, pandemics, Paycheck Protection Program, Trevor Milton, ValueAct 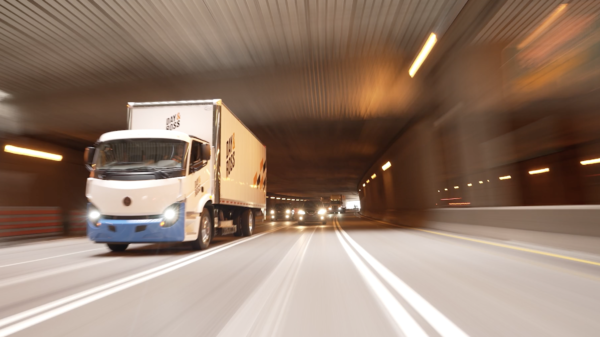