Many crossovers are called SUVs by their manufacturers but have far more in common with their sedan cousins than anything you’d take to Moab (or Mars, in 10 years?) for serious fun. So how does the Model Y stack up? Here’s what we know so far.

Prior to the announcement, Elon Musk said on Twitter that the Model Y would be largely sharing parts with the Model 3 sedan (about 76%), which is available in both rear- and all-wheel drive. What we didn’t know before the livestream is whether the vehicle would be “beefed up” in any way. Would it have more clearance? Stronger skidplating? Protection for CV joints and other parts?

After the unveiling, we know a little more, but there are still open questions.

What Tesla Is Saying

First off, we know that Tesla is at least open to the idea of off-road use.

What this actually means is anybody’s guess at this point. Hopefully soon we can figure out what Tesla means by “off-road.” Are they talking about off-pavement driving, or going onto “Jeep Trails?” 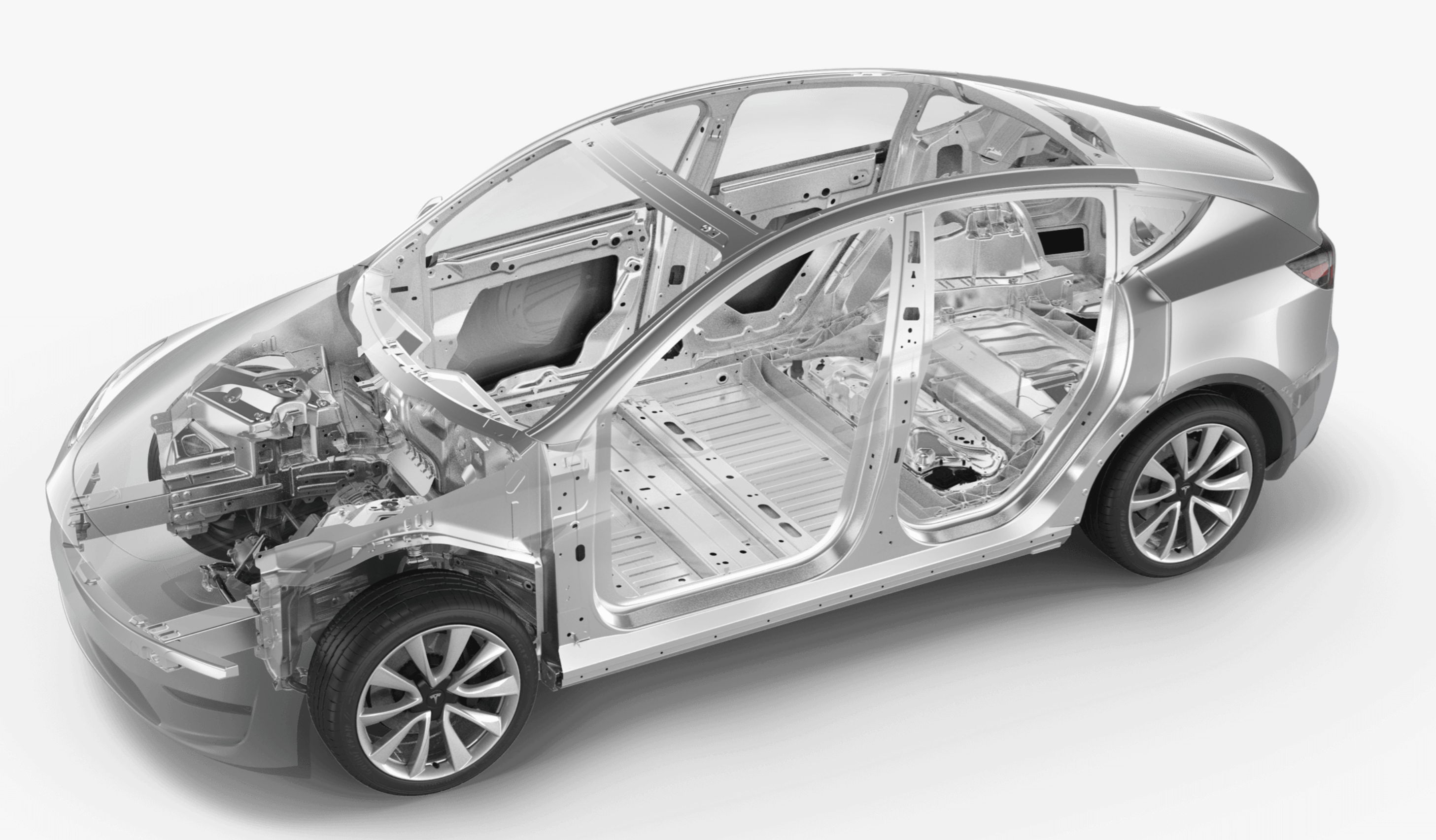 We know the Model Y is designed to have a rigid structure, but with an emphasis on crashworthiness. This should help reduce bodyflex and other undesirable traits off road, and hopefully keep that panoramic roof from cracking under the stress.

While most crossovers are of strictly unibody construction, the Model Y crossover does have the advantage of being a “skateboard” layout, with the battery compartment and its supports inside the bottom of the car’s unibody. This would put the Model Y somewhere between a typical crossover and a traditional body-on-frame SUV. This gives us some hope of off-road capability, but plenty of testing will be needed to bear this out.

We can tell from the configuration page that the bottom of the body panels are clad in plastic. This at least implies off-road capability, because the plastic can bump into things without deforming or scratching nearly as easily as painted metal.

What we still don’t know is whether this plastic is designed to be flexible enough to take minor hits, and whether it’s just thin and decorative. If too thin to offer any serious protection, an aftermarket supplier might eventually come through with better parts to cover these areas in. The clearance appears to be around 6” in most places, and closer to 5” where body panels are curved downward to decrease drag. Obviously, it should be clean and smooth underneath, especially considering the 0.23 drag coefficient Musk gave during the unveiling. This means that the major drive components are up and out of the way, which should be better for off-road use.

We don’t know, though, whether the Model Y will have adjustable suspension like the Model X. Is that 6″ of clearance only available in Jack Mode, or will it be available for driving at all? We need to get more information on this.

Another thing we do not know at this point is what the underbody panels are made of. If it’s a type of thick plastic that can take a hit, nothing much would need to be done under there. If it’s thin and brittle plastic that would break up easily, the aftermarket will probably need to produce better plastic or aluminum panels to cover vital areas.

This is an area that should give us some hope, because this is a $40,000–60,000 vehicle, and not the more expensive Model X. Not only will a larger number of people be purchasing these, but the lower cost should reduce people’s fear of doing small modifications, especially as these vehicles hit the used market in 2022–2023.

While underbody covers and possibly tougher outside plastic are possibilities, the aftermarket suppliers will more likely produce modest lift kits and shields to protect the CV boots from damage from loose gravel. Beyond that, we will probably see things such as brushguards, tougher bumpers, and other common items people put on their crossovers.

While we still don’t know a lot, it seems pretty clear that this vehicle will, in stock form, be usable on well maintained dirt roads and at least mild trails with some uneven terrain. With modification, this vehicle does seem like it could probably handle some moderate off-road conditions.

On the other hand, this vehicle seems like it would be a poor choice for extreme off-roading, such as rock crawling. The fact that it has CV joints puts a hard limit on what kind of clearance could be added without some fairly extreme modifications. Other off-road electric vehicles designed to tackle those conditions will probably come out long before these vehicles are used, out of warranty, and people are willing to go to such extremes.

Appreciate CleanTechnica’s originality and cleantech news coverage? Consider becoming a CleanTechnica Member, Supporter, Technician, or Ambassador — or a patron on Patreon. Don't want to miss a cleantech story? Sign up for daily news updates from CleanTechnica on email. Or follow us on Google News! Have a tip for CleanTechnica, want to advertise, or want to suggest a guest for our CleanTech Talk podcast? Contact us here.
In this article:Tesla, Tesla Model Y, Tesla Model Y Ground Clearance, Tesla Model Y Underbody