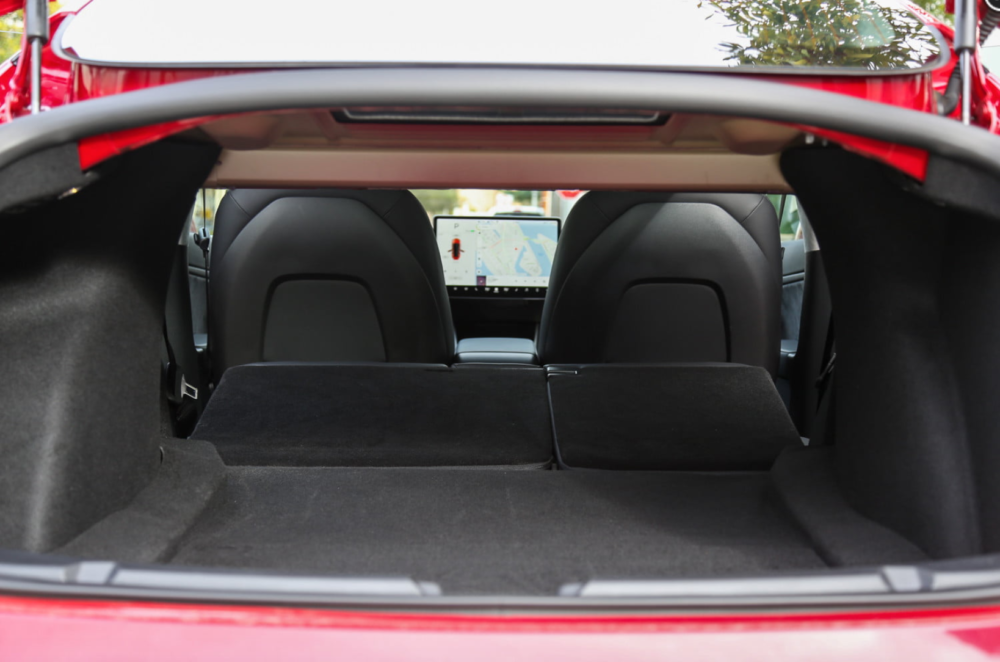 Grant Gerke NOt sure this is his photo

Recently, I took my Tesla Model S into the service center for a headlight replacement and other repairs under warranty, like the replacement of a drain plug and new bolts for the steering column. The repairs were enough for an overnighter at the service center and I assumed I would get a Tesla car loaner, maybe a P100D S or X, or a Model 3?

A man can dream, can’t he? However, no luck with a Tesla loaner car and I received a luxury-car rental from Enterprise Rental instead.

As I was driven over to the rental agency via a Model X, I pondered the luxury rental possibilities and began to examine the radical front-seat visors in the Model X before arriving at the green and white rental building across from the Tesla service center.

For the rental car, I received a 2019 Mercedes-Benz GLA-Class, which is the luxury carmaker’s sub-compact or crossover vehicle. The all-wheel version of the 2019 GLA 250 crossover “lists for $35,590 and after adding most available options, it pencils out to over $51,000,” according to the website.

AutoTrader defines an SUV and crossover as such:

“A crossover is based on a car’s platform, while an SUV uses the chassis of a truck. The result is that crossovers use ‘unibody’ architecture, meaning the body and frame are one piece, while SUVs use a ‘body on frame’ design.”

I’m not entirely sure about the GLA-Class’s architecture, but I would hazard a guess it’s made on a unibody platform and would be a true crossover vehicle. It has excellent seats and smooth suspension but an obnoxious amount of interior knobs and buttons. For example, four asymmetrical knobs and a couple of buttons were located by the door handle to adjust seating. A strange design, to say the least.

But an epiphany came later that night as I drove my son to his hockey practice and we opened up the hatchback of the Mercedes GLA. My son threw his big hockey bag with rollers into the hatchback with the seats up and it fit snug into the back area.

However, I wondered how the Model 3 compares to this Mercedes Benz luxury-class crossover vehicle in terms of cubic feet with the seats down? Would it be close?

The car has has an impressive 43.6 ft3 cargo space for hauling gear and equipment with the seats down.

On the other side of the ledger is the Model 3 sedan. With the innovative electric car design from Franz Von Holzhausen, the sedan also delivers an ample amount of cargo space, but does it compare to the Mercedes crossover? Hint: The absence of a traditional drivetrain makes it a close race.

Now, down to brass tacks of measuring the Model 3 cargo space, because there are no total cargo space calculations with the seats down like the Mercedes GLA. After watching many Model 3 unpackaging videos from 2018, I have the dimensions at 32 in. long x 37. wide and 18 in. for just the hatchback/trunk area of the Model 3, with 2nd-row seats up. This area produces 12.3 ft3 cubic feet of space.

However, with the seats down, add another 30 into the back of the passenger seat. The calculation translates to 30. in length x 38 in. width and 42 in vertical from this second-row seating area to provide approximately 28 ft3 in this section — second-row cargo space. Add the two together, and you have a conservative 40.3 ft3 of cargo space.

So, the total cargo space pencils out to 43.0 ft3 with the Model 3. That’s really close to the Mercedes GLA and its 43.6 ft3 of cargo space — again, with the seats folded down.

While Elon Musk and Tesla are debuting the new Model Y crossover next week, other automakers and their crossovers will feel the heat since the Model Y’s cargo space will be about 10% bigger than the Model 3’s.

Model Y, being an SUV, is about 10% bigger than Model 3, so will cost about 10% more & have slightly less range for same battery

Tesla keeps bringing ammunition to this car race, and, as Hank Williams once sang, “You win again.”