Rollbacks on federal environmental regulations show that the United States government values the profits of fossil fuel energy, rather than the health and safety of our youth and future generations. It is time for youth to take control of consistent dialogue on the effects of climate change.

On August 21st 2018, the Trump Administration as well as the Environmental Protection Agency (EPA) proposed to dramatically scale back restrictions on greenhouse gas emissions. While EPA chief Andrew Wheeler continues to defend the coal-friendly plan, I can’t help but ask: Are we choosing polluters’ profits over public youth health? The weaker plan effectively allows states to write their own rules on coal-fired power plants. Although the results of this decision could lead to an increase in premature deaths and serious illnesses, the EPA maintains it gives states more independence for tackling greenhouse gas (GHG) emissions. This EPA decision, rejecting Obama’s Clean Power Plan (CPP) of 2014, will put the environment and youth at increased health risks.

Documents released by the EPA show a conflicting storyline. Published in late August 2018, this 236-page document shows that GHG emissions would be greater than under the Obama-era policy, and pollution-related premature deaths, hospital admissions, asthma cases, and school absence days could be drastically higher by 2030. This information is from the administration’s own internal analysis — BUT, it is important to note that these adverse health risk considerations DO NOT currently include ambient air pollution from things impossible to regulate-like climate-induced natural disasters.

Therefore, the implications of weak regulatory processes are serious when compounded with unforeseen climate damages — think of issues caused by forest fire smoke currently devastating the West coast. The dangers are evident to those living it every single day this summer.

Our Climate, an organization that works with youth nationwide to advocate for carbon pricing and climate change mitigation, found the onslaught of rampant air pollution a reality too difficult to bear. Page Atcheson, the Executive Director of Our Climate, experienced this unhealthy air quality firsthand during a staff retreat recently:

“The Olympic Peninsula is a place with beautiful rainforest that is typically lush, evergreen, and rejuvenating. Last weekend, wildfire smoke swept through the area like a toxic fog–it was unlike anything I ever experienced growing up.”

Atcheson’s team had gathered there for their annual retreat, and it was yet one more reminder of what unchecked air pollution could do to a group of young, healthy people.

The connection between health and ambient air pollution is immediate. Even with a few days of high intensity exposure Atcheson went on to say that:

“We all felt sick from the smoke. It was another reminder to all of us that climate change is dramatically changing our world and affecting our health, and we need to act now.”

Wildfires burning in the Pacific Northwest right now are causing unhealthy air and serious breathing conditions. Yet, the EPA is still inclined to rollback on federal environmental regulations.

It begs the question, “Why encourage the dismantling of clean air protections when the United States is already ill-equipped to control the devastating consequences of large-scale forest fires?” These inconsistencies in policy are sending confusing signals and I don’t see the narrative changing. We (the branded youth) are the generation that will be affected the most by policies set during the Trump administration, and must be bold and consistent in our demands for robust protections on all aspects of the environment. It has been very evident that climate change has been affecting individuals across the globe for an extended period of change, but youth are faced with the increasingly dire threat of catastrophic climate change in their lifetimes.

For Jonathan Rincon, a sophomore at UC Santa Barbara, the effects of climate change in California are personal. He cites that their drought is magnified by the extreme temperatures of the state for the last four years, and goes on to say that “as temperatures rise due to climate change, the warmer air evaporates moisture faster, drying out soil and vegetation more rapidly than normal.”

Rincon’s insight is not abstract, its clearly documented. A study led by Columbia University warns that California and the Southwest could be at the beginning of a mega-drought that could last as long as thirty-years if GHG emissions are not dramatically reduced by 2050. Interested in more? See the full publication in Science Advances here.

Public health and safety should be at the forefront of every discussion regarding climate change. The United States government must affirm that environmental policy is health policy.

These rollbacks on federal environmental regulations show that the United States government values the profits of fossil fuel energy, rather than the health and safety of our youth and future generations. It is time for youth to take control of consistent dialogue on the effects of climate change. 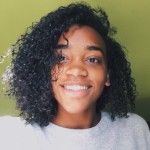 Danielle is an 18-year-old environmentalist based on Long Island, NY. She is a public advocate for youth involvement and youth empowerment, having setup organizations that have impacted the local political sphere including Weave Together. Danielle has worked with the ACLU as part of a summer internship interfacing with national headquarters, DC-based organizers and political advocacy staff, in addition to being part of the organizing for the ACLU Summer Advocacy Institute. She has written articles including for Bustle magazine, she is the recipient of the Congressional Certificate of Merit at her high school, has served as a member of her school legislative action committee, and is a 2018 high school graduate with an International Baccalaureate Diploma.