As more areas of the world continue to be decimated by extreme events, many fueled by climate change, it is important that reconstruction policies  --  especially when seeking to restore peoples’ livelihoods  -- take into account the human factors of well-being and contentment

Jianguo “Jack” Liu believes that all natural disasters bring universal truths with them. By this he means they all carry the potential to destroy homes, cause death and change lives, often forever, “whether it’s a terrible earthquake in the mountains of rural China, or hurricanes that devastated Puerto Rico, and wreaked soggy havoc to other places, such as Houston and Florida,” he said.

Flooding in Port Arthur, Texas in the aftermath of Hurricane Harvey, which made landfall in Texas on August 26, 2017. Source: SC National Guard

Thus, as more areas of the world continue to be decimated by extreme events, many fueled by climate change, it is important that reconstruction policies — especially when seeking to restore peoples’ livelihoods — take into account the human factors of well-being and contentment, he said.

That is, actions meant to help people shouldn’t further impair the quality of their lives, Liu said. “It has become imperative that we look at solutions systemically and holistically to avoid unintended consequences and make sure we don’t just rebuild — but also we preserve the well-being of people,” he said.

Liu, a human-environment scientist and sustainability scholar at Michigan State University, has studied the aftermath of natural disasters, concluding it is impossible to measure recovery in simple terms — not in the number of homes or roads rebuilt, or new jobs created. “Lives and quality of life are infinitely more complex, and our world is so tightly interwoven, that the answers of true recovery only come from asking many questions, and looking at areas beyond the ground zero of a natural disaster,” he said.

This, in fact, means “asking questions that get at the heart of true recovery,” he said. “Is the new world working for people? Have the lasting effects of a natural disaster stretched beyond the physical boundaries of the hurricane, quake or flood? How do human responses to the natural disasters affect the recovery outcomes?”

These fundamental issues have assumed a growing significance as climate change continues to heat up the planet, fueling more superstorms, drought, extreme rain and floods, and heat waves. Furthermore, this is occurring in the context of expanding globalization through trade, tourism, financial aid and migration, which has increasingly connected all parts of the world across vast distances, a concept Liu calls “telecoupling.”

Liu and his colleagues introduced the notion of “telecoupling” at an American Association for the Advancement of Science meeting in 2011. The term has since caught on, and scientists often use it to describe viewing some of the planet’s greatest challenges — climate change, biodiversity loss, conservation, and consumption — holistically, through their interconnectedness.

“Climate change and extreme weather have powerful ripple effects,” Liu said. “Farmers across the world stand in their fields with smart phones and track global markets, global weather trends, fine-tuning their decisions for planting and harvesting. A hurricane in the Caribbean is felt all over the world. It disrupts markets, and it sends immediate shockwaves through communities that have sprung up all over the world. People…spread the word about the disasters and send aid for rescue and recovery. The world is more tightly connected than ever before, thanks to technology, communication, expanded ability to travel.”

Thus, the recovery of such areas as Puerto Rico, Houston, and South Florida depend, not only on people within these areas, “but also help from other parts of the country and even other countries through telecouplings such as financial aid, trade of goods and materials, technology transfer, and information dissemination,” he said.

Liu and his colleague, doctoral student Hongbo Yang of MSU’s Center for Systems Integration and Sustainability, recently examined the impact of the 2008 Wenchuan earthquake in the Wolong Nature Reserve in southwestern China on the people who live in the region. They found that while governmental agencies were keen to help in recovery, their actions caused more harm than good.

In their zeal to replace homes and infrastructure — and move people from high mountain areas closer to flat locations, such as towns and roads, where they could find work in urban areas — they removed people from the fragile biodiversity where they had long lived in harmony with threatened iconic giant pandas and other animals and plants.

While city life brought jobs, it also brought difficulties and stress, among them increased expenses, a poor education system for their children, and a lack of a sense of belonging. Additionally, in clearing cropland to build new housing, income from farming was lost. “The type of jobs plays an important role in the recovery of human well-being: local jobs can improve the well-being but migrant jobs in cities did the opposite,” Yang said. Their research appears in the journal Ecological Economics.

While their study focused on the consequences of the massive 2008 Wenchuan Earthquake in China, the results are universally relevant, including in the United States, the scientists said. “The findings from Wolong can be applied to many other parts of the world, such as other rural areas and even cities,” Liu said.

“Katrina’s damage, for example, had such profound effects, not only on livelihoods and the levees, but also on fragile ecosystems, such as the bayous, and the natural ocean fronts that were eroded,” he added. “Likewise, changes in telecouplings due to Katrina not only affected the areas where the disaster occurred, but also distant places, for example other states and some other countries connected with New Orleans via the flow of people, goods and products, information, materials, and energy.”

Thus, in seeking recovery solutions, “we need to find long-term solutions and cannot solve short-term problems at the expense of long-term sustainability,” Liu said. “Fragile ecosystems can be damaged by reconstruction. What seem like good short-term solutions can become bad long-term problems. For example, by eliminating that cabbage field to build a bunch of homes, you may have destroyed an income stream for many of those very families you are sheltering. This is not a uniquely Chinese story. The human experience is global, and solutions are rarely simple.”

Yang agreed. “Recovery outcomes and the underlying processes often vary across space and time,” he said. “It is difficult to foresee the interrelated changes in livelihoods and human well-being under natural disasters. We need to generate empirical evidence regarding the relationships among changes in humans, nature, and recovery outcomes using approaches like in our Wolong case.”

Liu added, “We must never lose sight of the fact that the idea of sustainability — and recovery in this context — can only come when both humans and nature are allowed to thrive. It demands taking many aspects of life into account. Recovery will never show up only on business spreadsheets or in stock markets. Recovery comes when people’s well-being is returning to normal, or improving, and when the world we rebuild truly is better.” 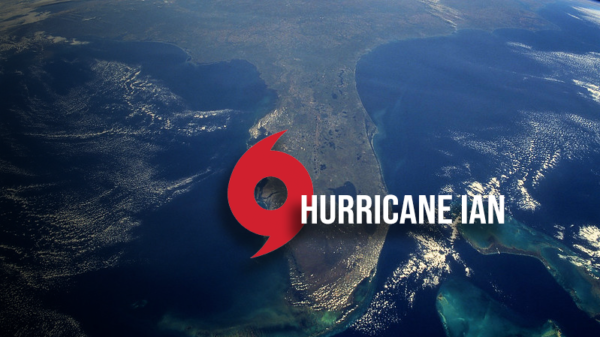