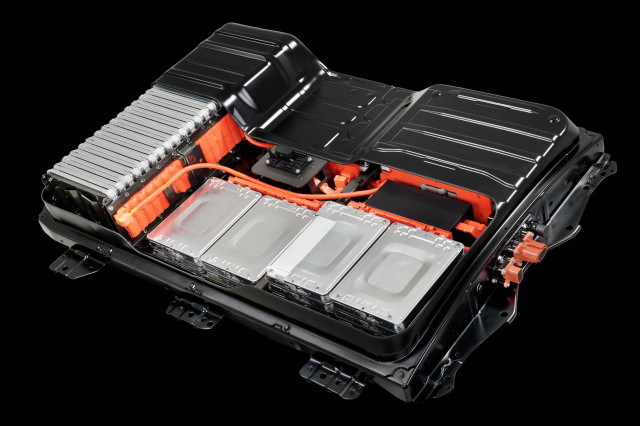 A few months ago, we carried a story about how much a new battery costs if you have an older Nissan LEAF — $5499, to be precise. That’s not too daunting a number but it still represents a sizable amount of money. Since then, Nissan has built a remanufacturing facility in Namie, a town in Japan’s Fukushima province near the nuclear power plant destroyed by a tsunami in 2011. The 4R Energy Corp. is a joint venture with Sumitomo, according to Reuters. “By reusing spent EV batteries, we wanted to raise the (residual) value of EVs and make them more accessible,” says Eiji Makino, CEO of 4R Energy. The new factory will disassemble used battery packs, discard any of the 48 modules that have lost 20% or more of their original capacity, and replace them with modules from other batteries that are still serviceable. The clusters that are no longer adequate for automotive use can be repurposed for use in energy storage products or batteries for electric fork lifts and other heavy equipment.

The price of a remanufactured 24 kWh battery for a Nissan LEAF is $2,855 in Japan. The price in the US is unknown at this time, but Craig Van Batenburg of the Automotive Career Development Center in Worcester, Massachusetts, tells Green Car Reports the replacement batteries can be installed by independent auto repair shops, which should make the process less expensive than if the work is done by a Nissan dealer.

The new factory only began operations this month, so it may be a while before remanufactured batteries are available outside of Japan. Eventually, it will begin rebuilding the 30 kWh and 40 kWh batteries found in later LEAF models. The original battery was good for about 72 miles of driving.

Recycling and repurposing lithium ion batteries is vitally important as the world transitions to electric cars.  Sumitomo has come up with a way to analyze all 48 modules in each 24 kWh battery pack in four hours, a huge time savings from the 16 days Nissan engineers previously used for similar measurements, says Reuters. The factory has a capacity of 2,250 battery packs a year, but initial plans are to start with only “a few hundred” units in the first year.

As the factory gains experience, it will explore ways of disassembling modules and individual cells to reclaim the raw materials inside. One of those materials is cobalt, which is becoming more expensive and is often derived from child labor. China has recently enacted new policies putting the burden on manufacturers to recycle and dispose of lithium batteries in a sustainable manner, setting an example for other nations to follow. Japan is now part of that trend.

Appreciate CleanTechnica’s originality and cleantech news coverage? Consider becoming a CleanTechnica Member, Supporter, Technician, or Ambassador — or a patron on Patreon. Don't want to miss a cleantech story? Sign up for daily news updates from CleanTechnica on email. Or follow us on Google News! Have a tip for CleanTechnica, want to advertise, or want to suggest a guest for our CleanTech Talk podcast? Contact us here.
In this article:ev battery recycling, Nissan Leaf