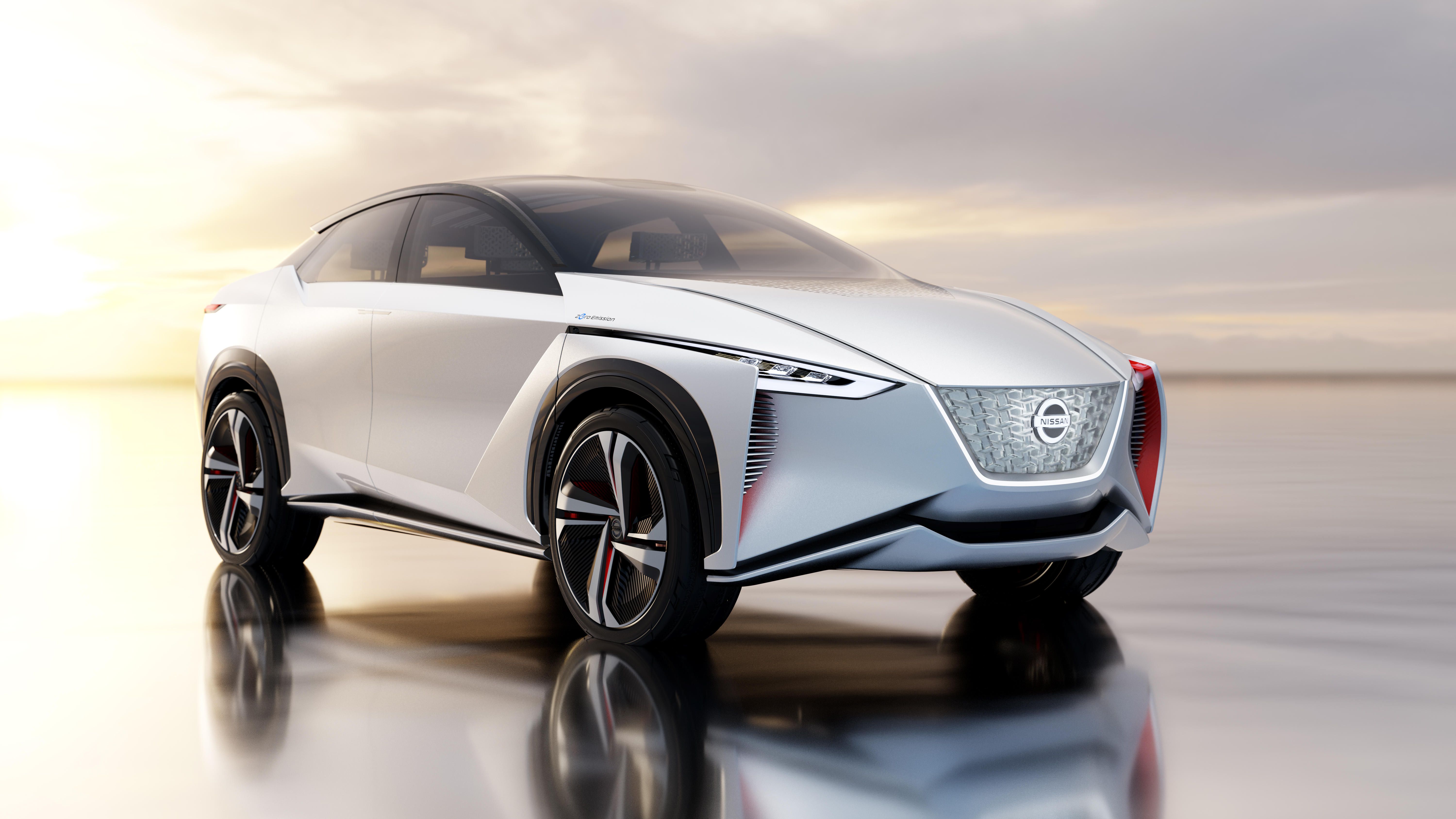 Thesis: midsize SUVs are the hottest things in the new car market worldwide. Antithesis: Auto manufacturers want to sell lots of electric cars. Synthesis: Build an electric SUV. D’uh. So why is no one giving customers what they want? Tis a conundrum. Even the High Priest of electric cars, Elon Musk, failed to notice that the sedan is out and the midsize SUV is in. Instead of wasting two years getting the gargantuan Model X off the ground, perhaps he should have been going full speed ahead on the Model Y. Oh well. Live and learn.

At the Tokyo auto show going on this week, Nissan has the iMx midsize electric SUV on its stand. It’s what everyone is looking for — compact size, dual motors with 429 horsepower combined, 516 pound-feet of torque, all-wheel drive, and most importantly, 372 miles of all-electric range. That’s according to the more than generous Japanese test cycle. Knock off about a third to get an idea what the EPA range would probably be. The iM part of the name stands for Intelligent Mobility, the technology that Nissan says will allow fully autonomous driving, self parking, and vehicle-to-grid connectivity that can help power a home or stabilize the local electrical grid.

So, is the iMx just a grownup version of the Nissan LEAF? No, not really. It is built on a new, dedicated electric vehicle chassis that will be the foundation for most of the 12 new electric cars chairman Carlos Ghosn says will arrive from Nissan by 2022. Other than some technology bits, it shares nothing with the LEAF. It is roughly the size of a current Nissan Rogue.

In self-driving mode, the pedals and steering wheel tuck out of the way to increase the room available to the driver. The seats tilt back for a more comfortable ride and the cabin will be filled with soothing lights to help the occupants relax.

The interior features a wraparound panoramic OLED instrument panel. The seats have 3D-printed components and feature laser-etched stitching. Switches and knobs are largely absent, with most functions being carried out by hand gestures and eye movements, as well as spoken commands. Frankly, that makes more sense than the fussy touchscreens that Tesla owners adore but which require drivers to take their eyes off the road frequently. Of course, in a world where self_driving cars are the norm, none of that will matter.

How much does the iMx prototype resemble an actual production car? Not that much, which is fortunate because the concept is butt ugly, especially with the jet fighter from the ’50s air intakes that start at the front and extend rearward along the car’s flanks. Before the second-generation Nissan LEAF was revealed, the company showed the world an equally awkward IDS Concept. Most of the extreme elements of that concept did not make it into production, thankfully.

All of today’s concept cars feature rear doors hinged at the back, but no major manufacturer except for BMW (with the i3) has had the courage to actually produce a car with so-called suicide doors. Even the Porsche Mission E will lose its rear-hinged doors when production begins, leaving it looking more like a Dodge Charger than a trendsetting electric sports sedan from Stuttgart.

When will Nissan actually build an electric SUV and what will it look like? No one knows or the ones who do aren’t saying.

Have a tip for CleanTechnica, want to advertise, or want to suggest a guest for our CleanTech Talk podcast? Contact us here.
In this article:Electric SUV, electric SUVs, Nissan, Nissan iMx Concept